How to Handle Criticism: A Biblical Approach

When was the last time someone shared their criticism with you about something you were doing? Was it constructive or negative? Did you take offense or embrace the advice?

The Bible gives us some insights on handling criticism, so the next time you’re approached by a critic, consider what these scriptures say.

Sometimes We Need to Hear Crticism

Whoever disregards discipline comes to poverty and shame, but whoever heeds correction is honored. – Proverbs 13:18 NIV

Simply put, if we ignore criticism from others, we may end up doing something we regret later. Accepting criticism doesn’t mean that you’re accepting defeat. Yes, it’s usually humbling, but God tells us that he uses humility in our lives for his glory.

It Can Help Us to Grow in Understanding

Whoever heeds life-giving correction will be at home among the wise. Those who disregard discipline despise themselves, but the one who heeds correction gains understanding. – Proverbs 15:31-32 NIV

Not all criticism is good – and we’ll address that in a second. The bottom line is that we can gain wisdom and understanding if we listen to the criticism of people who we trust. Ignoring helpful advice only causes us harm as the Proverb says.

Whoever remains stiff-necked after many rebukes will suddenly be destroyed—without remedy. – Proverbs 29:1 NIV

Do you know someone who is a ‘know-it-all?’ How’s that working out for them? Success in business and relationships is hinged on adaptation. If we aren’t willing to make corrections in our actions when necessary, our businesses will fail and our relationships will eventually collapse.

Criticism isn’t all that bad – life has it, God allows it, and we can use it to grow in understanding. The negative side of criticism is rooted in selfishness, envy, and jealousy – all of which are present in the world. Inevitably, you’ll be faced with criticism that is rooted in these things, and that’s what I would consider to be negative criticism.

The next time you’re approached with a criticism, ask these things:

Is it from a person you respect?

The people closest to you understand you the most and usually have your best interest at heart. If someone who hasn’t a clue about your situation is criticizing you, don’t be quick to take the advice.

Is the criticism true?

Sometimes people just have the facts wrong. If the criticism is rooted in anything other than the facts, take it with a grain of salt. The criticism is probably rooted in envy, jealousy, or selfishness, so let it go or ask someone you trust to give their opinion.

Does this person always have a criticism to share?

Some people have the gift of encouragement, others have the ‘gift of criticism.’ I’m being facetious here . . . . Look, criticism isn’t a spiritual gift and if someone is constantly dealing out criticisms, they’re not a healthy person to take advice from. It’s simply unbiblical to bring up criticisms to others in a jeering, selfish way.

Have you been on the receiving (or giving) end of a criticism lately? Was it rooted in Biblical truths or jealousy and selfishness? 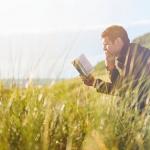 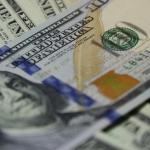 July 9, 2018 How to set up a budget with the cash envelope system
Recent Comments
0 | Leave a Comment
"Missoma Discount Codes Shop online for more luxury jewelry for less when you use Missoma ..."
morganalbert What You Need to Know About ..."
"I love the fact that gift giving is really something you should think through. Giving ..."
Kiana Lianne Sy Creative Giving Ideas: 10 Better Ways ..."
"The amount of people deducting tithes from their taxes has gone way down, due to ..."
Mike Stidham Is it OK to Tithe With ..."
"church leaders want us to be rich christians.one/ it looks good for the sake of ..."
s clark 5 Wrong Reasons To Build Wealth ..."
Browse Our Archives
Related posts from Faith and Finance