What is rational spirituality?

These days the word spirituality can mean many things. For some, the supernatural, or woo-woo connotations are such a turn-off that they never consider the practical ways in which a strong spirituality can be of benefit. 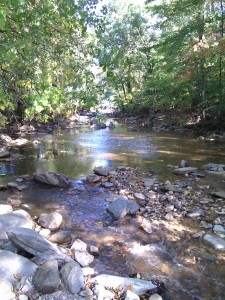 While supernatural experiences, such as having visions and accessing past lives, and foretelling the future, may lead a person forward in their spiritual development, they are also subject to superficial explanations that do nothing but mire some people in ineffective and immature ways of dealing with life.

On this site I freely use the words spiritual, spirituality and spiritual development.  I invite readers to consider them, as I do, less as supernatural (and perhaps escapist) concepts, and more about living more authentically in this life.  Rather than sequester herself away on a mountaintop, a spiritual person–as I am using the word–involves herself fully in the world, faces its problems directly and does what she can to help out. Rather than leave people dependent upon the religious institution, the goal of spiritual development is less about accessing the supernatural, and more about the intent to live more authentically and more effectively.

When used on this site, the term spiritual development refers to the intention to move forward spiritually in three specific ways:

–       Spiritual strength –the intention to deal effectively and honestly with whatever trials life sends our way. Not having to fall back on religious beliefs as a crutch by which we escape the negative realities.

–       Spiritual maturity – defined as having moved past the divisions put forth by traditional religions, and moving toward a position of unity, where all faiths, including religious disbelief, are considered part of the same reality.

–       Spiritual courage – the personal honesty and inquisitiveness to ask the hard questions about our existence here on earth and about where we are going next. This does not mean accepting answers from scripture or some outer authority.  It means actively dispensing with the need for the certainties and the existential comforts provided by traditional religion and seeking the truth on one’s own. No matter how discomforting the process, the authentic belief system cannot be accessed as a hand-me-down from outer authorities.