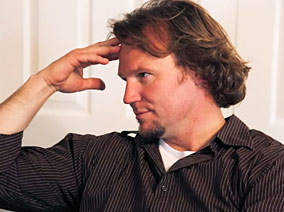 Sister Wives husband Kody Brown (pictured) is mourning a death in the family – his brother Curtis. Curtis leaves behind a wife,Erica Brown, and three children. He died after getting in a motorcycle accident.

Curtis has not appeared on the show, but he and Kody were reportedly close. Kody tweeted the announcement about Curtis’ death and a photo of his brother earlier this week, and first wife Meri Brown has been tweeting words of support at Erica. Curtis lived in Montana, where he and Kody grew up, and his obituary is posted on the Northern Wyoming Daily News website.