From a recent interview with Pope Francis.

The family is so beaten up, young people don´t get married. What´s the problem? When they finally come to get married, having already moved in together, we think it´s enough to offer them three talks to get them ready for marriage. But it´s not enough because the great majority are unaware of the meaning of a lifetime commitment. Benedict said it twice in his last year, that we should take this into account in order to grant nullity, each person´s faith at the time of getting married.

A few days ago, a couple who are living together came to tell me that they were getting married. I said: “Good. Are you ready for it?” And their answer was: “Yes, now we are looking for a church which suits my dress best”, the girl said. “Yes, right now we´re in the middle of all the preparations -the invitations, souvenirs and all the rest”, the boy echoed. “There´s also the issue of the party, we cannot make up our minds because we don´t want the reception to be hosted too far from the church. And then there´s the other issue, our best man and maid of honour are divorced, same as my parents, so we can´t have both of them together”. All these issues are about the ceremony! Indeed, getting married should be celebrated, because you need courage to get married and that should be commended. However, neither of them made any comment at all on what this meant to them, the fact that it was a lifetime commitment. What do I mean? That for a great many people getting married is just a social event. The religious element doesn’t surface in the least. So how can the church step in and help?

I really couldn’t agree more.  The Church has been assuming that the family is preparing couples for marriage, but the family is too busy fighting for its life to adequately pass on the faith.  As I have mentioned before, I think this could be a tremendous help to couples and a definite step in the right direction.  Couples who are not adequately prepared for marriage cannot and should not be held accountable for keeping promises they couldn’t begin to understand.  The present system is as unjust as jailing a 5 yo for driving a car into a crowd of people.  The responsibility for that tragedy lies not with the child behind the wheel, but with the people who put him there in the first place.
Previous Post 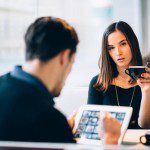 December 2, 2014
Feeling Blah? The Cure For Apathy.
Next Post 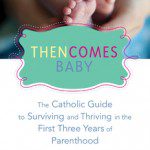 No, God Did Not Send Coronavirus...
On the Catholic Beat
Related posts from Faith on the Couch