Fight the Power of 50 Shades: Here’s What YOU Can Do!

I am doing a lot of interviews over the next few days about the appeal of the 50 Shades of Grey phenomenon and what our Christian response should be.  I find that many people are responding to the 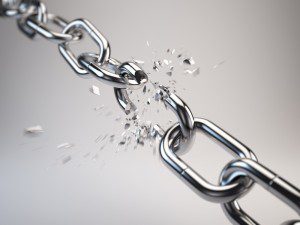 wide appeal of the film by being outraged, clucking about how disgusting and shameful it is. I want to say upfront that I agree that the content of 50 Shades is, indeed, disgusting and shameful, but I also want to say that I think that being shocked and outraged is not only insufficient it is,  in fact, doing exactly what Satan wants us to do.  He wants us to settle for being scolds when what God needs us to be is evangelists for the truth about the Catholic vision of love.  We have been given a huge opportunity that Satan does not want us to take advantage of!

Many readers may recall the sensation around The Da Vinci Code a few years back.   So many people strangely believed Dan Brown’s wildly fantastical novel to be a legitimate historical work denying the divinity of Christ and suggesting some kind of cover up by the Church of…Heaven knows what.   Many Christians reacted with similar outrage and shock to that film as they are showing for 50 Shades, but other Christians mounted a more effective response.  A small cottage industry of books came out from Christian publishers that tapped into the public’s fascination with Dan Brown’s story while simultaneously rebutting the book’s claims point by point–revealing powerful arguments for the truth of the claims of traditional Christianity. Because of this, Christians who kept a cooler head in the face of the DaVinci Code’s  slanders against the Church were able to turn it into a powerful opportunity for getting the truth into people’s hands. The world was surprised by the forceful and effective response that was mounted by Christians and many people’s hearts were genuinely changed.  At the very least,  good seeds were sown.

Similarly, I think Christians, and Catholics in particular, are being given a real opportunity.  The popularity of 50 Shades isn’t an anomaly.  It speaks to a deep need among women to be permitted to express their repressed femininity (see my previous blog that develops this point).  As I pointed out in my previous post, St John Paul the Great’s  Theology of the Body reminds us that receptivity is an essential characteristic of femininity.  A healthy woman can be strong, competent, capable, and powerful, but still want a man to to love her, take care of her, and, yes, to lead.  The secular feminist culture seeks to prohibit women from expressing this desire for natural, healthy submission, in which the woman wants a man to cherish and care for her, in which a woman allows herself to be vulnerable–in the healthiest sense of that word–to a man.  But that receptive impulse is so much a part of the feminine character that it cannot be denied.  Any attempt to repress it will result in that desire for receptivity being expressed in distorted ways.  As I’ve pointed out previously, dominance is Satan’s counterfeit of  healthy submission.  Where a dynamic of healthy mutual submission is denied, dominance will emerge.  Poorly formed men will seek to seek to dominate women and poorly formed women will willingly submit to being dominated–just like the female protagonist of 50 Shades.

The point is, what 50 Shades powerfully reveals is that women want more.  They want to be able to stop having to be powerful all the time. To be in charge all the time.  To have to take care of everyone and everything all by themselves all the time.  They want to be able to lay down their defenses, to stop having to pretend that they can be everything to everyone, and to just be vulnerable for a change. But they don’t know there is a healthy way to do that.  They don’t know where to look for it. And the best they can do is fantasize about someone who will come into their lives and force them to give up the control they never really wanted in the first place.

That’s where we come in.  We have a better way

We must do more than express shock and outrage.  There is too much work to do.  We can’t afford the luxury of being scandalized.  We must minister to the sickness and heal the wound that drives this phenomenon.  We must show the world that the Christian vision of mutual submission, in which strong powerful, men of God love, cherish, and care for women as Christ loves, cares and cherishes the Church, and strong, powerful women of God know how to lay down their defenses willingly and be loved, cherished and cared for by a man is a real and positive option.   In order to do that, we need to be examples to the world of this in our own relationships and we need to put resources in the hands of those who need them so that the world can discover the truth of the Catholic vision of love.

I would like to suggest something to you. I would ask you to consider purchasing a copy of Holy Sex! for everyone you know who has spoken favorably about 50 Shades, has read the book, or mentions they are going to see the movie.  Don’t cluck at them.  Don’t shame them.  Look at them in the eye, smile, and say, “Hmmm.  You know what?  I think I have something that you’d really be interested in.”  and hand them a copy of the book.  Change the conversation.  Give them the opportunity to see the truth.  Don’t run from the fight.  ENGAGE the culture and EVANGELIZE.  We can use this as an opportunity to change hearts and open minds.    Give people the truth and then stand back and be amazed at what the Holy Spirit can do when we open the door even a crack.

Be not afraid!  Be a force for good.  Light a candle in the darkness, and dispel every shade of grey with the light of God’s grace and love. 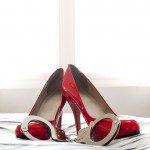 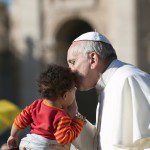 February 7, 2015 Pope Francis and Spanking: 4 Things to Consider
Recent Comments
0 | Leave a Comment
"I disagree with the notion that atheist=selfish and therefore any morality they display is purely ..."
carbonatedcarly Good Without God: Part 3 in ..."
"The need to de-label something as an "addiction" also assumes a way of thinking about ..."
Jared P. New Research Suggests Porn is NOT ..."
"Dr Greg....I'm going to try this again. Have you read / reviewed the book "31 ..."
Needing Answers “You Make Me Sick!” The Surprising ..."
"Sheila, seriously, get in touch with a local Naprotechnology specialist. They're commonly misunderstood to be ..."
Marek Kaszycki The Terrible, Horrible, No Good, Very ..."
Browse Our Archives
Related posts from Faith on the Couch