Tainted Love: Why is 50 Shades of Grey So Popular?

Many people are mystified by the movie’s appeal, but research shows a large percentage of women are very attracted to the kinds of sexual activities portrayed in 50 Shades. According to the Journal of Sexual Medicine, nearly 65% of women reported fantasies about sexual submission. Specifically, more than 52% percent of women said  they fantasize about being restrained during sex, 36%of women desire to be spanked, and 28.9% fantasize about being forced to have sex.  Fantasies about being sexually dominated are quite common among women.

Of course, all of this begs the question, Why?  Why are so many women attracted to these behaviors and to this film that depicts such degrading behavior toward women.  Why would women willingly submit themselves to watching or participating in media that, for all intents and purposes, is victimizing to them?

There isn’t one reason, of course.  For some, prior abuse or victimization will be a factor.  But there is a major theme that I have observed that contributes to the tendency for many–even, apparently, a majority–of women to desire and/or submit themselves to this kind of treatment.  Namely,  our prevailing culture’s secular-feminist ethic makes it taboo for women to want to be vulnerable in any healthy ways.  Women are told they must expect to take care of themselves. They must be strong, self-sufficient and powerful. Of course there is nothing wrong–and everything right–with being a capable, competent woman. But many women are taught that they must take this a step further.  They can never allow themselves to be vulnerable. They must be competent at all things, and at all costs.  They don’t let themselves need anyone, least of all a man.  Even in a healthy relationship, there are many women will will not allow themselves to let their guard down, give up control, or open their hearts.

The problem is that this isn’t natural.  The Theology of the Body asserts that an inherent character of femininity is receptivity.  That is, the ability to be open, generous, receptive to others. Not dependent, or needy, or a victim, but intimately relational  in character.  The secular feminist culture pressures women to deny their basic receptivity, but nature will not be denied.  The receptive, feminine impulse continues to assert itself, and if it cannot find legitimate expression in healthy relationships, it will assert itself in more insidious ways.

The Need that Will Not Be Denied

In essence, many women who have been trained to reject their natural, healthy vulnerability, can only allow their feminine impulse to be expressed by permitting themselves to be dominated. Unable to allow their feminine nature to emerge in any other way, many women either fantasize or actually place themselves positions where they are no longer given a choice in the matter.  Domination is, in essence, Satan’s counterfeit of the healthy submission (as opposed to subjugation/dominance) that naturally expresses itself in subtle and psychologically affirming ways in a healthy, nurturing relationship.

Improperly formed men will seek to dominate women rather than love and serve them, and improperly formed women will seek to be dominated rather that willingly allowing themselves to be loved and served.  The popularity of 50 Shades is the bad fruit of a culture that denies the healthy interdependence of men and women and rejects the natural dynamic of mutual submission that evolves when well-formed men and women boldly express their respective masculine and feminine genius in a nurturing, mutually generous relationship with one another. 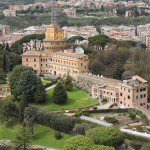 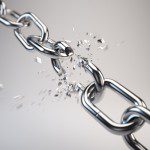 February 5, 2015 Fight the Power of 50 Shades: Here's What YOU Can Do!
Recent Comments
0 | Leave a Comment
"I disagree with the notion that atheist=selfish and therefore any morality they display is purely ..."
carbonatedcarly Good Without God: Part 3 in ..."
"The need to de-label something as an "addiction" also assumes a way of thinking about ..."
Jared P. New Research Suggests Porn is NOT ..."
"Dr Greg....I'm going to try this again. Have you read / reviewed the book "31 ..."
Needing Answers “You Make Me Sick!” The Surprising ..."
"Sheila, seriously, get in touch with a local Naprotechnology specialist. They're commonly misunderstood to be ..."
Marek Kaszycki The Terrible, Horrible, No Good, Very ..."
Browse Our Archives
Related posts from Faith on the Couch