Losing My Religion: Why People Are Really Leaving the Church (It’s Not What You Think)

A new report from Pew Research shows that religion is losing ground as more people drop out of church.  According to the report….

The shrinking numbers of Christians and their loss of market share is the most significant change since 2007 (when Pew did its first U.S. Religious Landscape survey) and the new, equally massive survey of 35,000 U.S. adults.

The percentage of people who describe themselves as Christians fell about 8 points — from 78.4% to 70.6%. This includes people in virtually all demographic groups, whether they are “nearing retirement or just entering adulthood, married or single, living in the West or the Bible Belt,” according to the survey report.

Massachusetts is down on Catholics by 10 percentage points. South Carolina is down the same degree on evangelicals. Mainline Protestants, already sliding for 40 years or more, declined all over the Midwest by 3 to 4 percentage points. The Southern Baptist Convention and the United Methodist Church, the country’s two largest Protestant denominations, are each down roughly the same 1.4 to 1.5 percentage points.Every tradition took a hit in in the West as the number of people who claim no religious brand continues to climb.

Some will attempt to spin this as a victory for atheists, implying that people are “seeing the light” and the light is exposing the lie that religion really is.  That view, however, is not really supported by other research on what accounts for the flight from religion.  In particular,  research by Elizabeth Marquardt and other research by Ken Pargament shows that divorce and the resulting inability to idealize caregivers is behind a great deal of the move to unbelief.

In order to feel at home in a religious community, two things need to happen.  First, kids need to feel like they have a spiritual home, but children of divorce struggle to do this.  As Marquardt explains it, children of divorce rarely end up going to church consistently, or going to the same church from  week to week.  This means, that rather than being able to use religion as a resource for constructing a coherent story for the meaning and purpose of their lives as many children from intact church-going families do, children of divorce have to go it alone.  They can’t trust their parents or their infrequently visited and divergent church communities to help them make sense of their lives.  Marquardt summarizes her data by saying, “When it came to the big questions in life – Who am I? Where do I belong? What is right and wrong? Is there a God? – those from divorced families more often felt like they had to struggle for the answers alone.”  People raised in this environment struggle to let anyone else offer feedback or guidance.  They learn that they can’t trust the sources they are supposed to be able to trust for guidance and formation.  For these individuals church becomes just one more bunch of hypocritical grown-ups who can’t get their own crap together trying to tell other people how to live their lives.

Pargament (who has won major professional awards from both the American Psychological Association and the American Psychiatric Association for the quality of his research) similarly argues that the source of spiritual ambivalence is not a victory of reason over religion, but rather the result of the too-early failure of the ability of children to idealize parental figures.  All children come to realize that their parents are imperfect at some point–that’s a normal and healthy part of growing up– but if this happens too early, the people who are primarily responsible for helping children make meaning out of their lives lose their credibility.  When parents behave like children themselves, or get caught up in divorce drama, or post-divorce dating relationships, children often feel that they are left to sort things out for themselves.  Children of divorce come to believe that they are the only ones who are qualified to find meaning, purpose and direction in their lives and they come to distrust any external source that wants to help them in this role (i.e., churches).

Another Pew study shows that only 46% of children live in households with their own, married parents.  Honestly, considering that family culture, the only really surprising thing is that religion isn’t losing even more ground.

What Can We Do?

If people-of-faith want to arrest the cultural flight from religion, we’re going to need to get serious about promoting healthy marriages, ministering more effectively to divorced families and children-of-divorce in particular, and finding ways for our churches to be places that provide a sense of family life for members (e.g., by having things like movie nights, game nights, parish meals, and other social ministries that model the kinds of activities traditionally held by families.)

There is a reason the Church teaches that family is the basic unit of society.  As the family goes, so goes the church and politics and the culture as well. 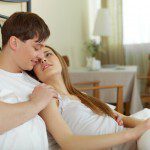 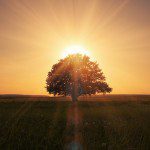 May 13, 2015 God Wants to Give You an Incredible Gift! What It Is WILL Surprise You!
Recent Comments
0 | Leave a Comment
Browse Our Archives
Related posts from Faith on the Couch