God Wants to Give You an Incredible Gift! What It Is WILL Surprise You!

God Wants to Give You an Incredible Gift! What It Is WILL Surprise You! May 13, 2015 Rachael Popcak and Dr. Gregory Popcak

(The following is excerpted from my latest book, Broken Gods: Hope, Healing, and the Seven Longings of the Human Heart (available in stores June 2).  Order your copy TODAY!) 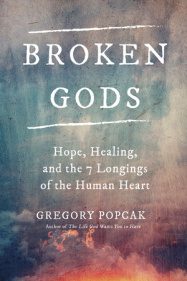 The only-begotten Son of God, wanting to make us sharers in his divinity, assumed our nature, so that he, made man, might make men gods.  ~St.  Thomas Aquinas

Imagine that you were to wake up tomorrow to discover that, by some miracle, you had become a god overnight. Not THE God–omnipresent, all-knowing, all-powerful–but a god in the classic sense.  That is to say, you woke to suddenly find that you were perfect, immortal, utterly confident in who you are, where you were going in life and how you were going to get there.  It might seem ridiculous to consider at first, but allow yourself to imagine this truly miraculous transformation.  What would it be like to live without fear?  How would it feel to be completely at peace with yourself and the people in your life?   Imagine what it would be like to be able to resolve–once and for all–the tension that currently exists between all your competing feelings, impulses, desires  and demands. What would change in your life as a result of you having become that sort of divinely actualized person?

Perhaps a better question would be, “What wouldn’t change?”

What does God See When He Looks at You?

What you’ve just imagined is exactly the destiny God has in store for you. The truth is, God really and truly intends to make you a god–a being who is perfect, whole, healed, and yes, even immortal.  “So whoever is in Christ is a new creation:  the old things have passed away; behold, new things have come”  (2 Cor 5:17).   Christians often talk about “being saved”  but more that being saved from something (i.e., sin) the truth is, we are saved for something (to become divine)!

I am not spinning some beautiful illusion.   The doctrine that humans are destined, through Christ, to become gods is a lost treasure that rests at the very heart of Christianity.  Hidden in plain sight, it is a truth that can transform every part of your spiritual, emotional, and relational life if you know how to claim it.

Theologians use terms like, “deification”, “divine filiation”, “theosis” and, as I mentioned above, “divinization”  to refer to God’s incredible plan to make those who love him into gods.   Although these words can be a mouthful, each term is just another way of saying you are destined for a greatness beyond your wildest imaginings! Whatever crazy dreams you have for your life, God has you beat–hands down.  By means of his epic and eternal love for you, God intends to make you a god–perfect, whole, healed, fearless, living abundantly in this life and reigning forever by his side in the next.

The remarkable promise that God became a human being so that human beings might become gods is actually revealed in scripture. The Second Letter of Peter (1:4) says that through Christ’s saving work we become “partakers of the divine nature.”   Likewise, it was Jesus, himself,  who said, “be perfect as your Heavenly Father is perfect” (Matt 5:48).  When we read that passage today, we often think it means, “Jesus wants us to be really, really good”  but Christianity has always taught that this verse meant much more.  In fact, Jesus himself told us so when he reminded the Pharisees, “Is it not written in your law, ‘I have said, “You are gods’?” (Jn 10:34 in which Christ quotes Ps 82:6).  C.S. Lewis notes the miraculous significance of this passage when he writes in Mere Christianity,

“Be ye perfect” is not idealistic gas. Nor is it a command to do the impossible. He is going to make us into creatures that can obey that command. He said (in the Bible) that we were “gods” and He is going to make good His words. If we let Him…He will make the feeblest and filthiest of us into a god or goddess, dazzling, radiant, immortal creatures, pulsating all through with such energy and joy and wisdom and love as we cannot now imagine, a bright stainless mirror which reflects back to Him perfectly….

Early Christian leaders and saints wrote widely on the topic of divinization.  The Catechism of the Catholic Church gathers some of their more prominent reflections on this incredible concept in its response to the question “Why did God become man?”

The Word became flesh to make us “partakers of the divine nature” (2Ptr 1:4): “For this is why the Word became man, and the Son of God became the Son of man: so that man,    by entering into communion with the Word and thus receiving divine sonship, might  become a son of God” (St Irenaeus).   “For the Son of God became man so that we might become God” (St. Athanasius).  “The only-begotten Son of God, wanting to make us sharers in his divinity, assumed our nature, so that he, made man, might make men gods”   (St. Thomas Aquinas).   (#460).

The Catechism isn’t cherry-picking random quotes from fringe figures.   These sayings represent some of the greatest minds in the history of Christendom, all of whom are universally respected by Catholics, Orthodox and Protestants alike for their scholarship and their sanctity. Moreover, these few quotes cited by the Catechism are merely representative of a much wider pool  of similar quotes dating back to the earliest days of Christianity.  For instance;

“[In the beginning, humans] were made like God, free from suffering and death, provided that they kept His commandments, and were deemed deserving of the name of His sons, and yet they, becoming like Adam and Eve, work out death for themselves; let the interpretation of the Psalm be held just as you wish, yet thereby it is demonstrated that all men are deemed worthy of becoming gods, and of having power to become sons of the Highest.”  ~St Justin Martyr  c.100-165 AD

“[H]e who listens to the Lord, and follows the prophecy given by Him, will be formed perfectly in the likeness of the teacher—made a god going about in flesh.”  ~St. Clement   of Alexandria c.150-215 AD

The idea that we are destined to become gods through God’s love and grace was supported by the Protestant reformers as well.  John Calvin wrote, “The end of the gospel is, to render us eventually conformable to God, and, if we may so speak, to deify us” (Wentworth, 2011).

Martin Luther also took up the theme of deification when he preached,  “God pours out Christ His dear Son over us and pours Himself into us and draws us into Himself, so that He becomes completely humanified (vemzenschet) and we become completely deified (gantz und gar vergottet, ‘Godded-through’) and everything is altogether one thing, God, Christ, and you” (Marquardt, 2000, p.185).

Perhaps the most shocking thing about this promise of God to make us gods is that it generated virtually no controversy within the early Christian communities.  This is incredibly odd because the first few centuries of Christianity were rocked by epic arguments about even the nature of Christ himself.  Despite this, there is no record of any first century Christian seeming the slightest bit put out by the idea that human beings are, themselves, destined to become divine through the saving work of Jesus Christ.  In the words of theologian, Juan Gonzalez Arintero (1979), “So common were these ideas concerning deification that not even the heretics of the first centuries dared to deny them.”  Indeed, Arintero goes on to say, “This deification, so well know to the Fathers but unfortunately forgotten today, is the primary purpose of the Christian life.”

But so what?  What’s all this to us?   Sure, it’s a provocative idea but what difference does it really make?  It would be easy to write off divinization as just some moldy theological concept.   But it is so much more.  Though we are often tempted to feel that our lives and hopes and dreams are burning down around us, deification is the blueprint that allows us to rebuild our lives from the ashes and become everything God intended us to be from the first day he fashioned us from Eden’s clay.  It is the treasure map that allows us to rediscover just how truly wonderfully and fearfully we have been made (Ps 139:14).  Understanding deification allows us to finally stop running from our sins and instead, begin running toward divinity.  It enables us to not only become our best selves, but so much more besides.  Embracing the idea that God wishes to make us gods enables us to be set free from fear and encounter within our hearts the peace this world cannot give (c.f. Jn 14:27).  It empowers us to resolve all the conflicts that fill our days with exhausting, petty dramas and instead experience radical, harmonious union with both God and the people who share our life (Jn 17:21).  Most importantly, it enables us to stop the constant emptiness and aching of our hearts and sets on the path of abundance and the authentic fulfillment of all of our earthly and heavenly desires (Jn 10:10).

To discover God’s plan for your ultimate fulfillment, order your copy of Broken Gods:  Hope, Healing, and the Seven Longings of the Human Heart TODAY!!! 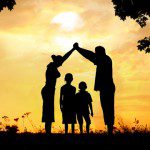 May 12, 2015
Losing My Religion: Why People Are Really Leaving the Church (It's Not What You Think)
Next Post 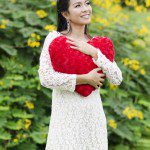 May 15, 2015 Silencing The Inner-Critic: 4 Keys to Loving Yourself
Recent Comments
0 | Leave a Comment
"I disagree with the notion that atheist=selfish and therefore any morality they display is purely ..."
carbonatedcarly Good Without God: Part 3 in ..."
"The need to de-label something as an "addiction" also assumes a way of thinking about ..."
Jared B. New Research Suggests Porn is NOT ..."
"Dr Greg....I'm going to try this again. Have you read / reviewed the book "31 ..."
Needing Answers “You Make Me Sick!” The Surprising ..."
"Sheila, seriously, get in touch with a local Naprotechnology specialist. They're commonly misunderstood to be ..."
Marek Kaszycki The Terrible, Horrible, No Good, Very ..."
Browse Our Archives
get the latest from
Catholic
Sign up for our newsletter
POPULAR AT PATHEOS Catholic
1

Faith and Doubt
Jesus’ disciples were shocked by his death. Their faith was shaken. All...
view all Catholic blogs
What Are Your Thoughts?leave a comment
Copyright 2008-2021, Patheos. All rights reserved.