This weekend is Fathers’ Day, so I thought it would be good to take some time to remind us all how important dads are.  Check out these great dad facts!  (Teaser:  I saved the most surprising fact for last!)

2.  Children whose fathers are involved in rearing them (“sensitive and responsive fathering”) fare better on cognitive tests and in language ability than those with less responsive or involved fathers.

3.  Fathers who are involved in their children’s schools and academic achievement, regardless of their own educational level, are increasing the chances their child will graduate from high school, and perhaps go to vocational school, or even to college.

4.  A fathers’ involvement in children’s school activities protects at-risk children from failing or dropping out.

6. Fathers who are more involved with their children tend to raise children who experience more success in their career.

7.  Fathers being involved in their children’s lives protects against risk factors that pose harm for children (such as problematic behavior, maternal depression and family economic hardship).

9.  Involved fathering is related to lower rates of child problem behaviors, including hyperactivity, as well as reduced teen violence, delinquency, and other problems with the law.

11.  Children in foster care who have involved fathers are more likely to be reunited with their families and experience shorter stays in foster homes.

12.  Children who grow up in homes with involved fathers are more likely to take an active and positive role in raising their own families. For example, fathers who recall a secure, loving relationship with both parents are more involved in the lives of their infants and more supportive to their wives.

13.  Both men and women who remember having loving, supportive fathers had high life satisfaction and self-esteem.

15.  Most importantly, when it comes to passing our faith and values on to our kids it is critical for fathers to take the lead. When mom and dad are regular churchgoers, 33% of their children will be regular churchgoers and 41% will at least attend irregularly.  BUT SHOCKINGLY WHEN DAD ALONE IS A CHURCHGOER, FAITH RETENTION RATE ARE EVEN HIGHER!  It turns out 38% of children with irregular churchgoing mothers but active fathers grow up to attend church regularly and 44% of children with non-active churchgoing moms but faithful dads grow up to go to church regularly.

Obviously that doesn’t mean moms shouldn’t go to church with their families, but it does mean that the more committed and active dads are, the more likely it is that the children will follow his lead with regard to faith and values even when mom isn’t involved.  By contrast, if the father is an irregular churchgoer and the mother regular, only 3 percent of the children will subsequently become regulars themselves, while a further 59 percent will become irregulars. Thirty-eight percent will be lost.  LIKEWISE if the father is non-practicing and mother regular, only 2 percent of children will become regular worshipers, and 37 percent will attend irregularly. Over 60 percent of their children will be lost completely to the church!

The bottom line?  Dads matter. A lot.  For more thoughts on ways to be a great, involved, faithful dad, check out Parenting with Grace (especially our “Dad’s Da Man!” chapter) and Then Comes Baby (especially our chapters on involved fatherhood).  And Happy Father’s Day! 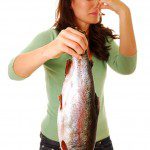 June 19, 2015
Something Fishy? Why is THIS Missing from Pope Francis' Environmental Encyclical?
Next Post 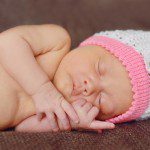 June 22, 2015 Appalling New Sleep Training Technique Say's "Don't Feed Your Baby."
Recent Comments
0 | Leave a Comment
"I disagree with the notion that atheist=selfish and therefore any morality they display is purely ..."
carbonatedcarly Good Without God: Part 3 in ..."
"The need to de-label something as an "addiction" also assumes a way of thinking about ..."
Jared B. New Research Suggests Porn is NOT ..."
"Dr Greg....I'm going to try this again. Have you read / reviewed the book "31 ..."
Needing Answers “You Make Me Sick!” The Surprising ..."
"Sheila, seriously, get in touch with a local Naprotechnology specialist. They're commonly misunderstood to be ..."
Marek Kaszycki The Terrible, Horrible, No Good, Very ..."
Browse Our Archives
get the latest from
Catholic
Sign up for our newsletter
POPULAR AT PATHEOS Catholic
1

Toxic Masculinity: What It Is, and...
suspended in her jar
Related posts from Faith on the Couch