Why I Am STAYING Catholic.

Why I Am STAYING Catholic. June 2, 2015 Rachael Popcak and Dr. Gregory Popcak 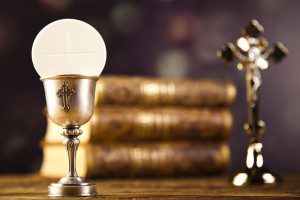 In light of the recent Pew Survey indicating that people are fleeing Christianity in general and Catholicism in particular in droves, several of my fellow Catholic Patheosi are responding to the question, “Why am I staying Catholic?”   So far  Tod Worner has responded as has Monique Ocampo and our Editor-in-Chief, Elizabeth Scalia.  Others will soon be following their lead.

We were actually asked a similar question back in March of 2013.  Back then, the general Patheos community asked all the bloggers to explain why they confessed their particular faith.  I notice that my reply to the question “Why I am Catholic” back then is the same as the reason I am staying Catholic today.  So at the risk of redundancy, ere is my small contribution to the effort.

To Hell With It.

Flannery O’Connor once famously quipped at a dinner party that if the Eucharist was just a symbol than to Hell it.   That is my general attitude toward religion.  I don’t want a symbolic, civic faith.  I don’t want a weak social conforming faith.  I want a faith that challenges me to become everything I was created to be.  But most of all, I want a faith that can get me as close to God as humanly possible.  And if a religion can’t do these things, then as far as I’m concerned, to Hell with it.

If religion represents the human quest to draw closer to God, I want nothing less than a religion that makes the boldest, most audacious claims about the kind of relationship that’s possible to achieve.  The general Christian belief in a God who wants a personal relationship with us is certainly revolutionary.  No other faith comes close.  But shockingly, Catholics believe that asking Jesus Christ to be our “personal Lord and Savior” doesn’t go nearly far enough.  For Catholics, even that claim of spiritual friendship doesn’t go nearly far enough.

The Audacious Intimacy of the Eucharist.

More than a spiritual communion, Catholics believe God desires to be physically united with us too.  We are not just spirits.  We are ensouled bodies and God wants every part of us for himself (Rom 14:8).  Because of the Eucharist, the true Body and Blood of Christ (Jn 6:55), I am one with His Flesh and His Blood courses through my veins.  I am not just spiritually part of God’s family, I am God’s real kin, his own LITERAL “flesh and blood.”    Having received Jesus Christ as my Lord and Savior in the most personal way possible, I am made a son of God, not metaphorically.  Literally (CCC #460,1391). 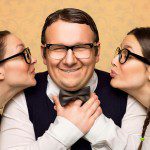 June 2, 2015
Congrats Homely Guys! You CAN Still Get the Girl! (Just don't break the rules.)
Next Post 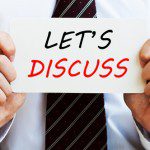 June 3, 2015 "Good Morning NY Times. Did You Have A Nice Coma?" The "Paper of Record" FINALLY Wakes Up to the Myth of Overpopulation
Recent Comments
0 | Leave a Comment
Browse Our Archives
get the latest from
Catholic
Sign up for our newsletter
POPULAR AT PATHEOS Catholic
1

Your Choice: The Eucharist or the...
On the Catholic Beat
Related posts from Faith on the Couch