Good Without God: Part 3 in My Head-To-Head Debate with John Mark Reynolds

This post is part of a feature from Patheos called Head to Head where our best minds debate the big questions of the day.

This week, I’m debating the Evangelical Channel’s John Mark N. Reynolds. The question: is a deity necessary for morality?

This is part three in my Patheos Head-to-Head debate with Philosopher John Mark Reynolds of Eidos Blog.  I am responding to his post, Dear Doctor:  Is is not Ought.

In his latest response, John Mark Reynolds begins by saying that he isn’t a psychologist.  In turn, I must confess that I am not a philosopher.  That said, I have at least a passing familiarity with David Hume’s “Is-Ought Problem” that Reynolds refers to.  In short, where natural law reasoning says that most people ought to be able to determine what is moral by observing the way the world is–i.e., the way things work–Hume responds to this by observing, that, in fact, this is wishful thinking.  Left to their own devices, most people tend to find ways to justify as moral what they want to do rather than trying to conform themselves to the natural order of the world.  Current events clearly shows this to be the case.  (And this summary of the is-out fallacy probably demonstrates how little philosophy cred I actually have.)

At any rate,I actually agree, as I indicated in my last post.  The question we were asked to address was, “Is a deity necessary for morality?”  This sets the bar rather low and I still think the answer is “no.”  Even without God, people can create enough of a functional morality to get along with each other and create a basically functional society.  In fact, as research shows, most people–even believers–make moral decisions on simplistic grounds like, “will I get in trouble?” or “will my friends be mad?” if i do this.

That said a more interesting question, and the one John Mark Reynolds has focused on is, “Exactly HOW moral can we be without God?”  And I actually agree with him here.  I think most of the naturalistic attempts at morality are pretty pathetic.  They are functional, but they are certainly not transcendent in any way.  Staying out of trouble or trying not to annoy my social group doesn’t really challenge me to be a better person.  It just enables me to get along.

In the end, I think this is where the atheists and Christians struggle to understand each other, as I pointed out in my first post.  For the atheist, “being moral” is just about avoiding conflict with the people around them.  For the Christian “being moral” is about developing virtue and pursuing transcendence by conforming to something greater than oneself.

So, in the end, I would say that my position remains that people can be good without God.  They just can’t be very good. 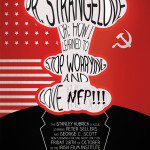 July 8, 2015
Dr. Strangelove (OR) How I Learned to Stop Worrying and Love Natural Family Planning. (Part III in a Series)
Next Post

July 9, 2015 Pastoral Solutions Institute and CatholicMatch.com: 2 Great Things That Go Great Together
Recent Comments
0 | Leave a Comment
"I disagree with the notion that atheist=selfish and therefore any morality they display is purely ..."
carbonatedcarly Good Without God: Part 3 in ..."
"The need to de-label something as an "addiction" also assumes a way of thinking about ..."
Jared P. New Research Suggests Porn is NOT ..."
"Dr Greg....I'm going to try this again. Have you read / reviewed the book "31 ..."
Needing Answers “You Make Me Sick!” The Surprising ..."
"Sheila, seriously, get in touch with a local Naprotechnology specialist. They're commonly misunderstood to be ..."
Marek Kaszycki The Terrible, Horrible, No Good, Very ..."
Browse Our Archives
Related posts from Faith on the Couch 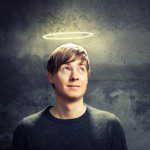 Catholic
Good Without God? (Part 1 in My Patheos...
Faith on the Couch

Catholic
Are You A Catholic Therapist? Join Our Team!
Faith on the Couch

Catholic
You are a Parent Forever In the Line...
Faith on the Couch
TRENDING AT PATHEOS Catholic