If your child came home from school with a test grade of 22 percent would you be concerned? How about 17 percent or 13 percent?

Sadly, new research by the Center for Applied Research in the Apostolate (CARA) at Georgetown found that similar numbers reflect the spiritual health “grades” of Catholic families. The first-of-its-kind study was sponsored by Holy Cross Family Ministries, an organization promoting family prayer and family well-being around the world and continuing the legacy of its founder, Father Patrick Peyton, CSC (of “the family that prays together … stays together” fame). The project examined the degree to which Catholic families are living out their faith in three areas: Mass and sacramental participation, prayer life at home and approach to media consumption. The new data describe a challenge that is greater than many could have imagined.

The study’s finding that only 22 percent of Catholic parents attend Mass weekly is not inconsistent with other research showing about a quarter of Catholics attend Mass faithfully. But what is more concerning is how few weekly Mass-attending families either pray together or engage in any kind of religious formation in the parish or the home.

Some have wondered if the low rate of enrollment in religious education was misleading because of the number of Catholic homeschoolers….CONTINUE READING 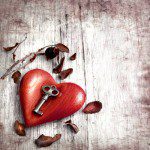 July 2, 2015 How the Forgiveness We've Seen in Charleston Can Change the Culture (My interview with Aleteia)
Recent Comments
0 | Leave a Comment
Browse Our Archives
Follow Us!