Sloth at the Synod? OR…Why Cardinal Johnny Can’t (be bothered to) Read 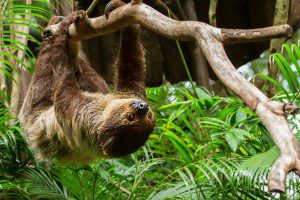 Some years back, Rudolph Flesch wrote a book called, “Why Johnny Can’t Read” about the poor state of literacy among children.  As I listen to the various conversations going on at the Synod on the Family in Rome, I wonder if Flesch could be persuaded to write a sequel for Catholic Cardinals and Archbishops.

During the synod, there have been many discussions about how to handle various challenges such as what can be done to help Catholics who have remarried after divorce without the benefit of an annulment.  It is a vigorous discussion and while many people are expressing dark and foreboding concerns about what these conversations mean for the future of the Church, I’m trying hard to sit back and trust that the Holy Spirit knows what he is doing.

Sloth at the Synod?

And yet, there is at least one thing that could impede the Holy Spirit’s will from being done–sloth.  As I point out in my book, Broken Gods:  Hope, Healing and the Seven Longings of the Human Heart, sloth is not mere laziness.  Rather, it is a distortion of the Divine Longing for Peace.  When a person wants a conflict or injustice to just go away and, instead of  addressing the problem in a forthright, honest manner, simply ignores the problem or takes the easy way out, he is committing the sin of sloth (aka “acedia”).  Sloth is pursuing peace at the cost of justice.  True peace, by contrast, is peace that results from authentic justice.  It is, as Augustine put it, “Peace is the tranquility that results from right order.”

How does this tie into the Synod?  Well, to be honest, I am concerned, by the appearance, at least, that so many of the synod fathers–progressives in particular– could seem to simply not be bothered to read anything written in the last 40 years on the spiritual significance of marriage. Their apparent simple ignorance (God forbid it would be willful ignorance) of things like the Theology of the Body and Pope St. John Paul II’s general writings on the spiritual dignity of marriage and the family life is stunning if not outright slothful.  As Archbishop Chaput noted, Pope St. John Paul II wrote almost 2/3’s of everything the Church has ever produced on marriage and family life and how it relates to the Universal Call to Holiness. Why are so many of the Synod fathers–especially the progressives–speaking as if the last 40 years never happened?   (Note:  Prominent  Catholic speaker Mary Beth Bonnacci has observed the same thing recently).

If I write a scholarly paper, or present at a professional conference, to have any credibility, I am required to familiarize myself with the most relevant literature on the subject. I don’t have to agree with it, but I need to know the arguments inside and out so that I can either support them with additional evidence or find holes and propose ways forward. What I can’t do is just pretend a whole body of articles just never got published and blithely ignore it. Theology, as the erstwhile “Queen of the Sciences” is supposed to work the same way.I obviously have no idea what the Synod Fathers’ personal reading habits are and I trust that they are all learned men in their own way, but for the most part, the progressives’ interventions (especially) read as if they are still in reaction-formation to the manualist moral theology tradition where everything comes down to how far the collection of arbitrary rules can be stretched while still coloring,  more or less, inside the lines. Much of what they write comes off as if they are completely ignorant of the last 40 years of theological reflection on the dignity of marriage and sexuality and the role both play in the universal call to holiness.  When Cardinal Kasper can say that “heroism is not for the average Christian” and then be lauded by other prominent church leaders as he proposes ideas for damning the faithful with the soft clericalism of low expectations something is puzzling at best.  Any proposals rooted in the idea that somehow the call to holiness isn’t universal cannot possibly be considered “spiritually rich.”  Why?  because such proposals would appear to not only be ignorant of the entire point of all St John Paul II and Pope Benedict XVI’s writings on marriage and family (which were all about how marriage facilitates the Universal Call to Holiness) but they also stand in direct defiance of the entire point of Vatican II (which spelled out the idea of the Universal Call to Holiness in the first place).

Why is this important?  Well, especially in light of the recent, historic, twin canonization of St. Louis and Zelie Martin (the first married couple canonized together)  the Synod Fathers really ought to be doing more to recognize the spiritual significance of  marriage as God’s “little way of holiness” for the masses.  God’s love for us is nuptial and God gives the world the gift of marriage to remind everyone of the kind of love he has in his heart for us; love that is free, total, faithful, and fruitful.  When people struggle to live out this reality in their marriages, we must do whatever we can to support and assist them on making these ideals a reality in their life.  But we can neither deny nor simply fudge the very existence of these ideals for anyone.  It is not merciful to simply say “Well, these ideals don’t apply to the likes of you poor, unwashed lay people.”  What it is is insulting and demeaning.

It’s Not About “The Rules”

The question isn’t “how close do we have to hew to the rules in order to still uphold a superficial sense of ‘Catholic marriage’ –whatever that is?”   Rather, the question SHOULD be, “What are the best ways we can articulate the incredible spiritual power of marriage to be an instrument of sanctification and a sign to the world or God’s free, total, and faithful love while simultaneously supporting those who struggle to live that witness?”

For the last 40 years, both St. John Paul II and Pope Benedict wrote A LOT of really thought-provoking stuff on these questions.  The fact that all of this writing seems to be being ignored is not only unbelievable, it also undermines the credibility of the Synod Fathers who seem to think so little of marriage and the family that they couldn’t be bothered to prepare to discuss the issues in the light of what’s been published on the topic in the last two generations.

To learn more about how YOU can experience all the joy of the Catholic vision of marriage, check out our book, Holy Sex! as well as the brand new, completely revised and expanded edition of For Better…FOREVER! 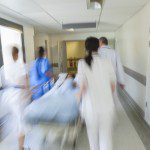 October 16, 2015
OUTRAGE! Divorce, Remarriage and Getting Kicked Out of the Catholic Hospital.
Next Post 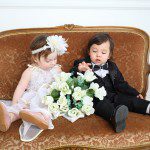 October 20, 2015 Bad Parenting: Why The Ban Against Communion for Divorced and Remarried Catholics Is Unjust and 3 Ways to Fix It.
Recent Comments
0 | Leave a Comment
Browse Our Archives
Follow Us!