Bad Parenting: Why The Ban Against Communion for Divorced and Remarried Catholics Is Unjust and 3 Ways to Fix It.

In all the debate about what should be done to help those Catholics who have divorced and remarried without the benefit of an annulment, there is one solution I have not heard debated.

I agree that it is seriously problematic to allow those who have remarried without the benefit of an annulment to receive communion for the reasons I have mentioned elsewhere.   But let’s face it, Did the vast majority of people who are on this path choose it knowingly and consciously?  Did the vast majority of people who were struggling with the pain of divorce really one day say, “Screw it.  I am going to choose to live an adulterous life in an invalid second marriage.  I don’t care if it means that I can’t take communion again!  BWAHAHAHAHAHAHAHA!”

Most people who find themselves on this path got there because of poor formation, terrible catechesis, and simple ignorance about how the Church really thinks about marriage, why it thinks that way, and the practical significance of all this high-level thinking to their actual daily lives as Christians.  Is it really just to hold them accountable for failing to live out principles that were never communicated to them–or at least were never communicated adequately to them–in the first place?  To bar these couples from communion is a bit like a neglectful parent refusing to communicate the house rules to her children only to impose a consequences after the fact.  “You shouldn’t have been playing ball in the house.  You’re grounded for two weeks and you lose your ball!”  “But mom! You never told me I couldn’t play in the house!”  “Tough.  You should have known better.”

Such lousy parenting is unbecoming of any parent, including our Spiritual Mother, the Church.  I think many of the Synod Fathers intuit this, and their sense of guilt around the poor catechesis and formation they have given the faithful drives a desire to be lenient on the back end of the process to make up for the Church’s failures to communicate on the front end of the process.  But this too is terrible parenting.  It’s the equivalent of telling a child, “Well, you shouldn’t have been playing in the house but I never told you that so I can’t give you a consequence for it.  For that matter, I can never  ask you to refrain from playing in the house in the future.”

So what can be done?

To return to our parenting analogy, in the above example, the only just solution is for the parent to go to the misbehaving child and say, “Listen, I am truly sorry for not having told you what my expectations are.  Because of that, I can’t punish you for breaking the window by playing ball in the house.  In fact, I am going to clean up this mess with you.  But moving forward, I promise to do a much better job telling you what my expectations are and why.  In return,  you will need to do a really good job of listening so that if you mess up again, you’ll understand what the consequences are all about.”

In this scenario, 95% of the responsibility falls to the parent to apologize for his or her neglect, map out a plan for the future and communicate that plan along with any future consequences that might need to be imposed to maintain a peaceful and orderly home.

What does this mean to the Church’s approach to divorced and remarried persons.  I would suggest the following.

3 Steps to Bringing Our Children Home.

1.  Share Responsibility for Cleaning Up the Mess.  Allow fast-track annulments on the (newly developed) grounds of poor catechesis/inadequate formation. A valid marriage requires consent but you can’t give full consent if you don’t know what you’re consenting to.  If a couple could demonstrate that they really were not taught by their pastors, catechists, or parents how to practically understand and live the Catholic vision of love, sex and marriage and/or they had no intention of living this Catholic difference in their own marriage then they should be granted a speedy annulment of their first marriage.   Pope Benedict XVI recommended something similar to this.  Frankly, while I am not a canonist (and at the risk of irritating those who are) I imagine that this could potentially be handled similarly to “lack of form” annulments (e.g., when a Catholic gets married in a non-Catholic church without permission f the bishop) which are typically the easiest and fastest annulments to grant. All the couple would have to do is fill out a form that describes their understanding of marriage at the time of their first wedding.  It would be pretty easy to assess their capacity to live what the Church means by marriage.  Validity wouldn’t necessarily require some theologically developed answer on the part of couples.   Something along the lines of “I understood that God chose this person for me so that we could help each other be better Christians and help each other get to heaven.”  would be sufficient to establish an ability to consent to the Church’s vision of marriage.

Following this, they would need to go through a marriage catechumenate (see #3 below) in order to have their second marriage convalidated.

As far as communion goes, to maintain both the integrity of the sacrament and to be as generous as possible to couples who were in this process, bishops could grant permission to couples to be admitted to communion even before the annulment process was complete based upon their own assessment and/or the pastor’s recommendation of the sincerity of the couple and the veracity  and validity of their response to the initial assessment.  The determination by a bishop or designated pastor of a “founded hope” that the annulment would be granted  would be sufficient grounds for readmission to communion.    This places the responsibility on the Church to move the process along instead of making the faithful responsible for delays in the juridical process.

2.  Formators Called to Penance.  The fact that so many couples are completely ignorant of the Catholic vision of marriage and would not be able to articulate the basic statement I wrote above is–quite simply–the fault of our spiritual “parents”: our bishops, pastors, catechists, and family life ministers.  The church should ask all people who are responsible for marriage preparation to do  penance for failing the faithful.  They should be asked to fast and engage in other mortifications in order to make reparations for their dereliction of duty and to remind themselves that they must do better in the future.  Their penance would be an act of generosity to married couples, a display of authentic mercy, and it would communicate a commitment to do a better job forming the next generation of Catholic families.  Most importantly, it would place the responsibility for the current mess squarely where it belongs.  Not on the poorly formed faithful, but the failed formators.

3.  Initiate Marriage Catechumenate.  Marriage prep as we know it should be scrapped and replaced with a marriage catechumenate.  This is one of the best ideas I have heard coming out of the synod. NCRegister explains this idea here but the short version is that a marriage catechumenate is a longer period of preparation that emphasizes the role of marriage in living a Christian life.  This would be a HUGE gift to couples and would contribute mightily to challenging the divorce culture in and outside of the Church. It would also go a long way to helping to form “intentional disciples” that is, adults who understood how to bring their faith into their homes and out into the world so that God could both open their hearts to his grace and enable Catholic couples to be an effective witness in the world.

I don’t pretend to have the final and/or best answer to the serious challenges the Synod Fathers are facing.  But I believe that the above represents a more authentic approach to merciful pastoral care than is being presented by some of the more progressive elements in the Synod.

In the meantime, if you would like to undergo your own marriage catechumenate and learn what it takes to fully and joyfully live the Catholic difference in your marriage, check out the all new, revised and expanded edition of For Better…FOREVER! A Catholic Guide to Lifelong Marriage, Just Married: The Catholic Guide to Surviving and Thriving in the First 5 Years of Marriage, and Holy Sex!  The Catholic Guide to Toe-Curling, Mind-Blowing, Infallible Loving. 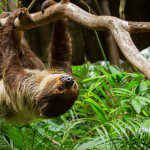 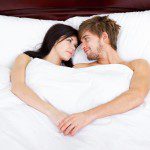