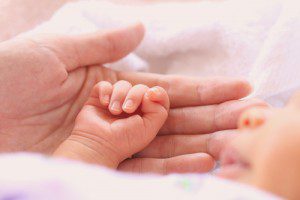 From new study accepted for publication in the journal, Applied Developmental Science.

Notre Dame professor of psychology Darcia Narvaez and two colleagues surveyed more than 600 adults. They asked about their childhood experiences. Darvaez was interested in things like how much affectionate touch did the adult receive as a child, how much free play, and what was family togetherness was like. What she found was, the adults who had positive childhood experiences evolved into adults with less anxiety and better mental health.

“These things independently, but also added up together, predicted the adults’ mental health, so they were less depressed, less anxious, and their social capacities — they were more able to take other people’s perspective. They were better at getting along with others and being open-hearted,” says Narvaez.

So, what does this mean for today’s parents?

Narvaez says parents should hold, touch and rock their babies and children and be responsive to their needs.

“What parents do in those early months and years are really affecting the way the brain is going to grow the rest of their lives,” explains Narvaez, “so lots of holding, touching and rocking. that is what babies expect. They grow better that way. And keep them calm, because all sorts of systems are establishing the way they are going to work. If you let them cry a lot, those systems are going to be easily triggered into stress. We can see that in adult hood — that people that are not cared for well, tend to be more stress reactive and they have a hard time self calming.”

Narvaez say free play inside and outside is important. It is also important that children have a positive, warm environment inside the home.

“That they feel like they belong — they are part of the family unit or the neighborhood community and part of that is to have a lot of activities that you do together,” says Narvaez, who recommends going to the park or playing a game rather than spending time on a smartphone or in front of a TV.

And for those parents that need a break, Narvaez says a community of caregivers is important. That means grandparents, aunts and uncles and friends should play an active role.

“We need to, as a community support families so they can give children what they need,” says Narvaez, “we really didn’t evolve to parent alone. Our history is to have a community of caregivers to help — the village, so that when mom or dad needs a break, there is someone there who is ready to step in.”

The research also showed that when children weren’t given things like affection, free play and a warm home environment, they turned into adults with decreased social and moral capacities.

Narvaez says humans, have evolved to need these important things from birth. Which is why, she recommends parents follow their instincts.  READ MORE

But Why Does This Matter?

OK. Let’ s take this apart. What could affection (or, nursing, for that matter, as I mentioned in a blog last week) possibly have to with moral development?  As I explain in Beyond the Birds and the Bees, my book for parents on raising moral kids, brain research shows that affection facilitates moral development and overall relationship in four ways;

Before you learn any moral lessons OR before you can competently and consistently act on the moral lessons you’ve learned, these four functions have to be as fully developed as possible. Otherwise, we end up fighting against ourselves when it comes to putting other people first and making good (but hard) moral choices.  Here’s what each of these functions has to with both  good relational and moral reasoning and how affection, nursing and other high-touch parenting practices facilitate the development of these functions.

High touch parenting practices like baby-wearing, nursing, and responding promptly to fussing, help stimulate the so-called, “social brain”; that is, structures in the brain that help us pick up on other’s emotional cues and adjust our behavior based upon how we perceive our actions are coming across. The more the baby can be close to mom (especially) the more that the baby learns to read more and more subtle facial and body cues, understand their meaning, and adapt to them accordingly. The more attuned to other’s responses I am, the better I am able to make choices that foster relationship, express care, and avoid giving offense–all important skills for both good relational and moral decision making.

Mirror neurons are structures in the social brain that allow us to get a “taste” of what other people are feeling.  If I walk into a coffee table, you might wince because your mirror neurons let you feel a little bit of my pain so that you can empathize with me and be motivated to attend to my injury.  High-touch, hands on parenting practices seem to stimulate the development of mirror neurons.  This aids moral development by fostering empathy–the ability to literally feel the impact one’s actions have on another.

In order to make healthy relationship choices, delay gratification, or avoid lashing out impulsively when I have strong emotions, I need good self-regulation.  Self-regulation is actually “taught” one body to another.  High touch parenting practices help stimulate the young child’s parasympathetic (i.e., “calm-down”) nervous system.  When an infant or toddler is overwrought, they don’t have an easy time getting themselves back under control because their calm-down nervous system isn’t fully developed.  Picking the baby up and holding her close allows your calmer body to communicate with the baby’s stressed-out body.  The baby’s “calm-down” systems automatically start to synch the baby’s heart rate, respiration, temperature and other stress signs to the parent’s calmer heart rate, respiration, temperature, etc.  Just like parents teach baby’s to walk by holding her hand while she does it, parents teach baby’s and toddler’s body the steps of calming down by letting the child’s body learn regulation from the parents’ more mature calm-down systems.  The more a child is left to cry it out, the harder it is for the child’s parasympathetic nervous system to master the art of self-regulation because it does not have a consistent model to lean on and follow.

4.  Communication between higher and lower brain.

Finally, making good moral and relationship choices requires me to have the fastest possible communication between my lower brain (the seat of my impulses) and my higher brain (the seat of decision making). The impulse to do something actually occurs before our higher brain even becomes aware of it.  Unless my higher brain can “catch up” with the impulse that shoots up from my lower brain and redirect it,  I will simply do what my lower brain tells me to do (e.g. make a selfish choice, yell at you, cheat) before I am even aware of it. High touch parenting practices facilitate communication between the higher and lower brain by stimulating the production of the waxy, myelin sheath around nerve cells that allow electrical impulses to “slide” faster down the neuron. The “slipperier” our nerves are (i.e., the more well-myelinated they are) the faster they are able to send messages around the brain (like a child whooshing down a well-waxed sliding board).  Affection facilitates good moral and relational decision making by stimulating the production of the very substance that allows our brains to “think fast”,  harness inappropriate impulses and transform them into more appropriate actions.

Is the research saying that if you let your kids cry it out and you don’t nurse them that they will grow up to be axe murderers? Of course not.  What the research does say is that the more hands-on and high touch you can be as a parent, the more you are actively growing your infant’s and toddler’s social and moral brain. This gives your child a neurological leg-up on using all the good moral and relational lessons you will teach him later on.  God created our bodies to cooperate with making good, moral choices.  Of course he did. This is what it means to speak of the theology of our bodies. The more we can give our child’s brain the things it needs to cooperate with grace and make good moral/relationship choices the happier everyone will be. For more ideas about how you can cooperate with God’s plan for helping parents raise healthy, happy, moral kids, check out Beyond the Birds and the Bees , Parenting with Grace: The Catholic Parents’ Guide to Raising (almost) Perfect Kids ,  Then Comes Baby:  The Catholic Guide to Surviving & Thriving in the First 3 Years of Parenthood, and Discovering God Together:  The Catholic Guide to Raising Faithful Kids. 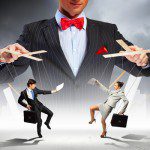 February 29, 2016
Mount St. Mary's President Resigns: Do YOU Work for A Narcissist?
Next Post

March 8, 2016 Parenting Style Most Significant Factor Predicting Support for Trump, New Study Finds
Recent Comments
0 | Leave a Comment
"I disagree with the notion that atheist=selfish and therefore any morality they display is purely ..."
carbonatedcarly Good Without God: Part 3 in ..."
"The need to de-label something as an "addiction" also assumes a way of thinking about ..."
Jared P. New Research Suggests Porn is NOT ..."
"Dr Greg....I'm going to try this again. Have you read / reviewed the book "31 ..."
Needing Answers “You Make Me Sick!” The Surprising ..."
"Sheila, seriously, get in touch with a local Naprotechnology specialist. They're commonly misunderstood to be ..."
Marek Kaszycki The Terrible, Horrible, No Good, Very ..."
Browse Our Archives
get the latest from
Catholic
Sign up for our newsletter
POPULAR AT PATHEOS Catholic
1

Review of 2021 Remix of The...
Biblical Evidence for Catholicism
Related posts from Faith on the Couch