Are Gay Parents Magic? New Doubts About “No Difference” Hypothesis Between Gay and Straight Households

In academic psychology it is simply accepted that gay parents are “just as good” as heterosexual parents and that children raised in gay households turn out “just as well” as children raised in married, heterosexual households.  Although I do not dispute that there are plenty of bad heterosexual parents and that homosexual parents can be perfectly competent, the assertion that “there’s nothing to see here and everything is JUST FINE.” when it comes to children raised in homosexual households jut doesn’t pass the smell test for several empirically-based reasons namely; the outcome research that currently exists on the well-being of children of divorce, adopted children, and donor-conceived children. In fact, in light of the available research, in order to make that claim, one would almost have to attribute magical qualities to gay parents that wouldn’t be fair or reasonable to attribute to anyone.  Here’s why.

The More You Know….

Let’s step away from the gay family debate for a moment to consider what we know about  children raised in non-normative heterosexual family environments.  We know, for instance, that children from divorced heterosexual households perform worse, on average, on every measure of health, mental health, and relational and educational well-being when compared to intact heterosexual households. Second, research has found strong evidence of an “adoption paradox” whereby adopted children (including children born through surrogacy)–although raised by parents who are, on average, better educated and more financially well-off than other parents–tend to have significantly greater emotional and behavioral problems than children raised by biological parents with similar educational and socio-economic status.  Finally, research shows that donor-conceived children also tend to struggle with surprisingly high rates of emotional problems including delinquency than naturally conceived children.  Keep in mind, all this research on the poor health outcomes of children raised in these non-traditional circumstances  have all been done on heterosexual households. Research consistently shows that if you want to raise a healthy child, the gold standard is for married, heterosexual parents to conceive a child naturally and raise that child in an intact household.

But What About Gay Parents?

Now, let’s turn back to gay families. Gay couples are not able to conceive children naturally.  The only ways a gay couple can get a child are either through divorce (in which a previously heterosexually married member of a homosexual couple shares custody with the estranged spouse), adoption (including surrogacy), or donor-conception.

Think about this.  Based on the available evidence of the outcomes of divorced, adopted, and donor-conceived kids, to claim that children raised by homosexual parents are “just as healthy” as children raised in traditional, intact, heterosexual households is nothing short of magical.  To say this is to claim that not only are gay parents as good as heterosexual parents, it is to say that there is something so wonderful about gay parenting that it completely obliterates the negative effects usually experienced by children who come into households the only ways gay couples can acquire children–through divorce, adoption or donor conception.  If this is really true, then gay parents aren’t just as good as heterosexual parents, they are truly magical.

Finally, a new study, published in the highly respected, peer-reviewed journal Psychological Reports looks critically at the “no difference” hypothesis in light of the available evidence.  In addition to the points I raised above, this comprehensive, 120 page report authored by Dr. Walter Schumm of Kansas State University notes that in order for the “no difference” hypothesis to hold true, gay households would also have to exhibit the same level of stability as married, heterosexual households.  This is simply not the case.  He also notes that contrary to popular opinion, the data do show higher rates of emotional problems and substance abuse by children raised in LGBT households.

Schumm maintains an open mind–he writes well and impartially, leaving open the possibility that the “no difference” hypothesis could yet be proved true–but he argues that the case is far from closed, stating, “All of these concerns with the limitations of research concerning LGBT issues should raise red flags about any attempt to achieve scientific consensus prematurely, even if for a good or noble cause. If anyone is motivated to avoid a rush to judgment or a rush to consensus, it should be scientists including social scientists.”  (For an excellent summary of Schumm’s study, go here).

Science is Far From Settled

The point is, the science is simply unclear on whether or not gay households are “just as good” as traditional, intact, heterosexual households.  Moreover, there are strong, empirically-based reasons to doubt claims that they are.  It may yet turn out that this is the case, but in light of the experience of children raised through divorce, adoption, or donor-conception by heterosexual couples, gay households have a very high bar to clear.   Anyone who tells you otherwise is simply not being honest with themselves or you. 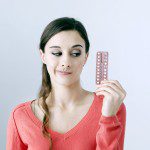 October 4, 2016 Secular Media Finally Admits: "The Pill" Causes Depression & Relationship Problems
Recent Comments
0 | Leave a Comment
"I disagree with the notion that atheist=selfish and therefore any morality they display is purely ..."
carbonatedcarly Good Without God: Part 3 in ..."
"The need to de-label something as an "addiction" also assumes a way of thinking about ..."
Jared P. New Research Suggests Porn is NOT ..."
"Dr Greg....I'm going to try this again. Have you read / reviewed the book "31 ..."
Needing Answers “You Make Me Sick!” The Surprising ..."
"Sheila, seriously, get in touch with a local Naprotechnology specialist. They're commonly misunderstood to be ..."
Marek Kaszycki The Terrible, Horrible, No Good, Very ..."
Browse Our Archives
get the latest from
Catholic
Sign up for our newsletter
POPULAR AT PATHEOS Catholic
1