Silence Speaks: What You Say When You Say Nothing At All

Silence Speaks: What You Say When You Say Nothing At All February 15, 2013 Bill Blankschaen

We think when we say nothing at all that we are, in fact, saying nothing.

But silence speaks when inte

You weren’t quite sure what to do with that abrupt silence were you? I was just starting a sentence — or was I? Had I made a mistake? Was I getting sloppy with my editing? Had I fallen and couldn’t get back up?

I don’t know exactly what you may have thought, but I’ll bet your first reaction wasn’t a positive one.

So, true confession. I’ve noticed at times that some other men seemed to keep their distance from me. Not obvious stuff, just acting as if I had mildly offended them — but I had no idea why. One day I shared what I had observed with a friend and the friend shared an opinion as to why:

Friend: “I think they might be intimidated by you.”

Friend:  “Exactly. But everybody knows you’re always thinking something. That’s what you do. So they just fill in the blanks of your silence with their own thoughts about what you might be thinking.”

I felt like Charlie Brown after Lucy had yanked the football. Again. So do you want me to talk or shut up? Either way I have a potential communication problem because everything speaks — including silence.

Choose Your Own Adventure

When we say nothing, we create a situation that’s a bit like those classic choose-your-own-adventure books that were all the rage back in the day. (Notice how I’m silent about just how many days it’s been.) When I choose NOT to speak, everyone is left to fill in the blank with whatever is handy. And let’s face it. Most of us have more fear, uncertainty, and insecurity lying around than we know what to do with.

So in the blank it goes. And suddenly we find our relationship on page 67 facing some crazy three-headed monster and wondering how we got there. 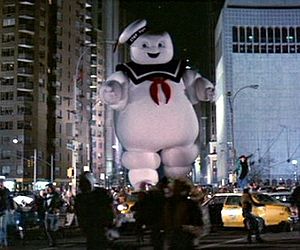 My friend Dick Savidge wisely noted that when we say nothing, others not only fill in the blank, but they do so out of their own insecurites. Consequently, we end up with the Stay-Puft marshmallow man tromping through our lives because we forfeited the chance to direct the shaping influences in our relationships. Then we have no choice but to cross the streams — and everything ends up in a flaming sticky mess.

So What Is Your Silence Saying?

Silence speaks.  And with all due respect to Keith Whitley, I’m not so sure you do say it best when you say nothing at all.

Have you ever misunderstood someone’s silence? What about having your own silence misunderstood? Share your story with a comment here so we can all grow with abundant faith.

February 12, 2013
State of the Union: Why Not a State of Your Faith Address?
Next Post

February 16, 2013 How Going to Sleep Earlier Can Transform your Morning Prayer Time
Recent Comments
1 Comment | Leave a Comment
Browse Our Archives
get the latest from
Evangelical
Sign up for our newsletter
POPULAR AT PATHEOS Evangelical
1