Privileged to feature a unique perspective on the legacy of Nelson Mandela in South Africa from Christina Quist. Christina and her family relocated there by faith  from the US Midwest just two years ago. You can learn more about their journey as FaithWalkers here. I thought her perspective as a transplanted Westerner might shed some new light behind the media coverage on the impact of Nelson Mandela in South Africa.

The red, blue and green fishing boats in the harbor clang their bells and bob in the cold Atlantic while summer visitors in floppy sun hats shop at the trendy boutiques and sidewalk cafes. Kids, newly released from school for summer break, squeal on the white sand beaches while tossing a rugby ball or balancing a soccer ball.

The city seems calm. It seems unified, like it’s taking a deep breath before the exhale. Desmond Tutu’s closing Memorial speech now plays in snippets in auto tune. “I want to heah a peeaan drrrop” has been set to techno music and reminds me that with eleven different languages, the common denominator is a sense of humor. 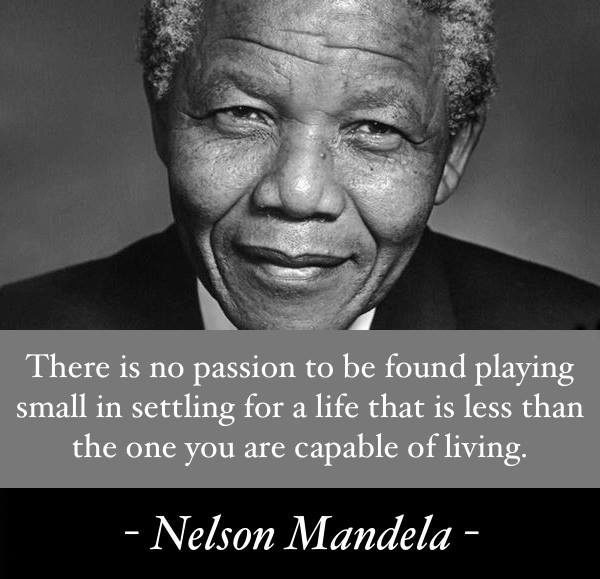 We’ve lived here in South Africa for eighteen months, although I’ve lived here in my heart for 20 years. Despite driving down Nelson Mandela Boulevard, seeing Mandela’s face on escalators, collectible coins, store fronts, oil paintings and t-shirts, nothing could have prepared me for the last ten days.

Mandela: A Leader Who Was Loved

Growing up in America’s heartland, nestled in the hand of conservative politics, I knew enough  to know that while every president has his fans, there’s an equal and opposite reaction to his popularity, which subsequently can be found on the competitive news network.

Naively, I assumed that was the case with Nelson Mandela. I was wrong.

This country showed the world just how much Africa’s son means to them, regardless of political affiliation. I knew something was different when the premier of the Western Cape, the ANC’s main political opposition, changed her Twitter profile picture to Nelson Mandela. Former apartheid president F.W. de Klerk was applauded at Mandela’s memorial in Soweto while heads of state from Iran, Cuba, Israel and the United States shared a stage together. No, this was no ordinary president.

Never mind the massive international attention and the influx of foreign dignitaries and heads of state. Sure, Bono and Charlize are here and Prince Charles.

What’s most telling to me, from an outsider’s observation, is the expression of deep love and adoration the people of this nation have for their president. It matters not the skin color, religion, culture, language of the South Africa, there is a palpable appreciation, an intimate knowing,  of their leader. He is the person everyone wishes they knew in person.

He is lovingly called Tata Madiba, their ‘father.’ And one gets the sense that this nation’s children revere him as if he was their physical father. There is an unspoken understanding, a connection between Madiba and his children. They know him and have walked with him, a long road together. One I can’t begin to understand.

If you want to anger an easy going, rooibos-tea-drinking South African, tell him there are still Americans who believe Nelson Mandela is a terrorist; who refuse to honor him. That’s one way to unleash a tirade of anti-American sentiment that’s been brewing since the Reagan administration. I don’t recommend doing that.

A Country Pays Tribute to Mandela

The minute the news was announced, all flags hung at half-mast. These flags, represent the new South Africa, a democracy, and a constitution not half as old as I am.  Bittersweet songs began playing on national radio interspersed with Mandela’s own voice, in footage from his famous speeches, the Rivonia trial, and Inauguration day.

The people’s voices reflect their adoration of Mandela, the freedom fighter, the man who, as my friend Daniel says, “Didn’t give Blacks what they wanted and didn’t give whites what they expected.”

My friend Natasha tells the story of meeting Mandela in person. She said, as a little girl, she remembers him walking right up to her, bending down and saying, “Little girl, if you want to, you can be president of South Africa someday too.”

His picture hangs in store fronts, on bridge overpasses, on skyscrapers. His picture was even spotlighted with laser lights on Table Mountain, one of the newest seven natural wonders of the world.

Nelson Mandela’s funeral was Sunday, in his hometown, which is on the opposite side of the country from Cape Town. Nevertheless, all the grocery stores, and our local shopping mall were closed, out of respect for their president. Never mind that it’s a mere two weeks before Christmas, when, undoubtedly, a large profit could be made.

An Afrikaner Gives Perspective on Mandela

What is it about this man, the one who was a political prisoner for 27 years, released from prison and voted into the presidency four years later as South Africa’s first black, multi-racially elected president?

My friend Johan gives a great summary from his perspective as an Afrikaner:

“Madiba was not God. He was a man with failings and failures. Before his incarceration you might have called him a terrorist. In context, considering the oppression he and millions of other black Africans endured, one might justify his actions. These types of actions are not uncommon. The world over, throughout history, people have responded the same way when oppressed. What is significant about Madiba is the change in him.

During his incarceration he followed an entirely different strategy. This is proven, not in whole but in part, by him learning Afrikaans. Madiba then studied Afrikaner history in Afrikaans. He wanted to understand his oppressor, not to defeat him in an Ender’s-game-like way, but through forgiveness and love. I realize how fluffy this sounds, but it is the truth. His quote, ‘People must learn to hate, and if they can learn to hate, they can be taught to love, for love comes more naturally to the human heart than its opposite,’ comes to mind – Madiba wanted to teach love.

Considering his past and the propaganda surrounding his persona it is not surprising that people thought the country was going to launch into a bloody civil war after Madiba’s release. Tensions were high. Matters were unsure. Madiba’s stance was unexpected, ‘As I walked out the door toward the gate that would lead to my freedom, I knew if I didn’t leave my bitterness and hatred behind, I’d still be in prison.’

Madiba was a great statesman. Here he was also not without failings-his mediation efforts in Burundi is an example. On the other hand, no corruption or scandal surrounded him. He was not paid exorbitant salaries. He devoted a great portion of his salary to found the Mandela Children’s Fund.

But he was not only a statesman. His influence is not overestimated when he is called the father of the nation, the moral compass of the nation, when Barrack Obama said of him that he ‘[freed] not just the prisoner, but the jailer as well.’

To me it is foreign to me to call him a terrorist. I was seven years old when Madiba was elected as president. I suppose the nagging question at the back of the mind of the doubters is, can a leopard change his spots? The answer is yes — his spots and a nation.”

I have the once in a lifetime privilege of being here, in South Africa, as it honors Nelson Mandela, their father, and without whom, we wouldn’t be living in this South Africa. It feels like an intensely private moment, one they are willing to share with me, and the world. And I am so grateful for it.

Does Christina’s unique perspective of Nelson Mandela’s Legacy fit your own? What did she share that was news to you? Share your thoughts with a comment below.

January 1, 2014 Why I'm Glad Christmas Is Over
Recent Comments
7 Comments | Leave a Comment
Browse Our Archives
get the latest from
Evangelical
Sign up for our newsletter
POPULAR AT PATHEOS Evangelical
1