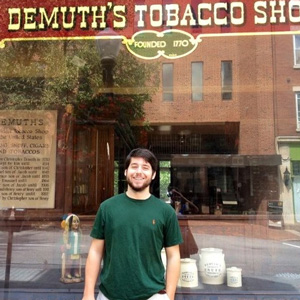 I graduated from Dartmouth in 2012 with a degree in Government and Philosophy and a thesis on local community and happiness. Right now, I’m editor-in-chief of Fare Forward and employee of the Waterman Institute at Dartmouth in Hanover NH. I’m mostly interested in moral and political philosophy, as well as natural theology, Marilynne Robinson, and Wendell Berry. I like beer brewing, and I can’t wink. I can only blink. It’s a tragedy. Also, as my picture shows, I’ve visited America’s oldest tobacco shop. 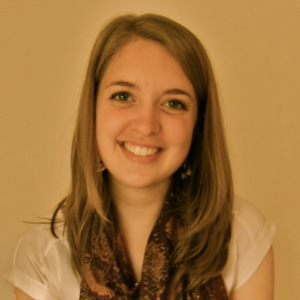 I graduated from Dartmouth in June, with a Physics major and English minor, and I currently work for a healthcare consulting firm outside Boston. Intellectual interests are pretty scattered but include applied math, 20th-century lit, reformed and covenant theology, and more recently, drug epidemiology. I’m also a huge music fan! Unusual fact – I have never had any wisdom teeth. 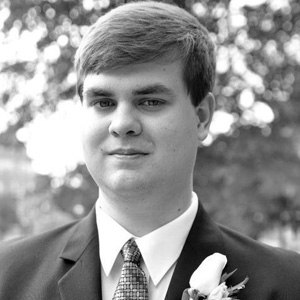 I graduated from Dartmouth in 2011. At the College, I studied Greek archaeology and English with a concentration in literary theory. I came back to my home state after college, and now I’m a second year law student at the University of Tennessee. I’m broadly interested in how we organize society and construct culture. I love Kenny Rogers and loathe musical theatre. I’m married to the Fare Forward’s managing editor, Sarah Clark. 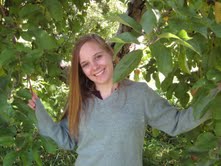 I graduated from Dartmouth in 2011 with a double major in English and Russian Area Studies. I’m originally from North Carolina but grew up largely in South America (first Bolivia, then Brazil). I currently live in Knoxville, Tennessee with my husband Charlie. I’m kind of an editing junkie: I was the managing editor of the Apologia for two years and am now the managing editor of Fare Forward. As my day job, I’m the managing editor of a local Knoxville lifestyle magazine called Cityview (to date, I’m most proud of my series on opiate/pain pill addiction in East Tennessee), and I also volunteer as an editor of Knoxville’s street paper, The Amplifier. I like literature and history (particularly English and Russian), and an interesting fact is that I went to eight different schools before graduating from high school. 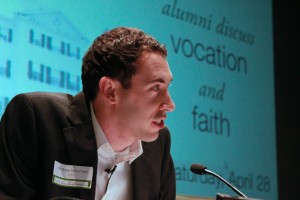 I graduated from Dartmouth in 2010 with an engineering and philosophy double major. During freshman orientation I got caught up in the buzz and adrenaline of college life and felt the need to start a Christian journal. I was clearly crushing on C.S. Lewis at the time. That journal developed into Apologia which has since developed into a host of entrepreneurial ventures at Dartmouth including an institute, an alumni society, an annual conference, and a national network of undergraduate Christian journals. I work for all of these organizations in some capacity and I’m having trouble extricating myself from them, despite my best intentions to move on to that illusive real job. I love what I do and the community here. It’s also worth mentioning that I’ve developed a love for the institutional church (who would have guessed?) and currently work as the pastoral intern for “college and youth” at a church plant in Hanover. 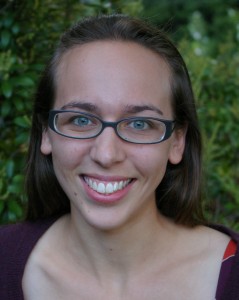 I graduated from Dartmouth in 2010 with a degree in Classical Languages and Linguistics. For the past two years, I’ve served as the administrator at the Waterman Institute in Hanover, NH. I’m planning to head to graduate school in the next year or two to study social work. I particularly enjoy working in international settings and with kids who come from difficult backgrounds, and I’ve spent the past four summers with educational initiatives in Haiti and China. 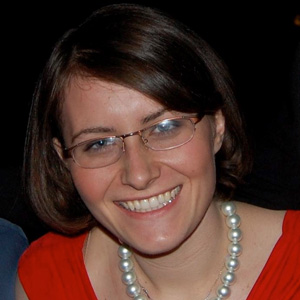 I graduated from Harvard in May, with a degree in Philosophy. A former militant atheist, I converted to Christianity my freshman year and became the editor-in-chief of the Harvard Ichthus. I currently work for the Veritas Forumorganizing forums throughout New England and doing content development. Unusual fact: I’m a Harvard grad whose highest aspiration is to be a stay-at-home mom. Intellectual interests span most anything, with a special affinity for NT Wright that approaches the fervor of teenage girls for Justin Bieber. 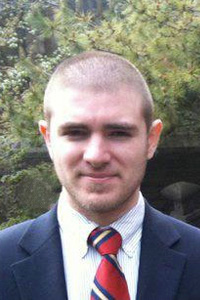 I graduated from Yale in 2011 with a degree in Humanities (my concentration was in intellectual history).  I was raised an evangelical.  After a lot of philosophy and a bout of Kierkegaardianism I converted to Catholicism during the ’09-’10 school year.   At Yale I was a founding member of the Federalist Party, a political/philosophical debate society.  Currently I’m in my second year of theological studies at the Pontifical Faculty of the Immaculate Conception (i.e., the Dominican House of Studies in D.C.).  This involves a lot of men in white habits reading Thomas Aquinas and having sophisticated arguments about universal hylomorphism and grace.  After this year, God willing, I’ll have an M.A. and hopefully a teaching job.  Currently working on a thesis on the comparative roles of Madness and Wisdom in Foucault and Aquinas.  I like bread baking, Gustav Mahler, and movies, and I have a persistent interest in pedagogical method. 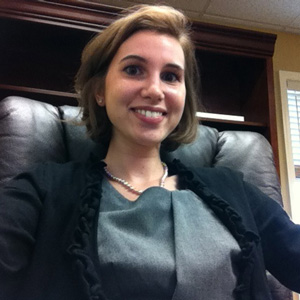 I graduated from Notre Dame this past spring, where I majored in “Great Books,” formally called the Program of Liberal Studies. Right now I’m happily working in Princeton, NJ as the Managing Editor of Public Discourse, the Witherspoon Institute’s online journal. My intellectual interests include political theory, especially Enlightenment political thought and the American founding, but also fiction literature’s influence on our culture. Little known fact about me: I’ve never won any athletic awards (besides the equivalent of Most Improved), but I did win a spelling bee for my diocese in 6th grade. 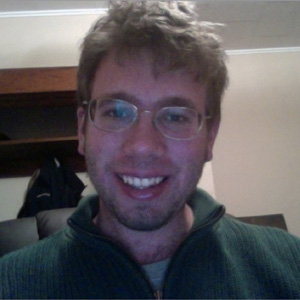 I graduated from Dartmouth in 2011 with a major in religious studies, and am now studying the same at Harvard Divinity School for a masters, focusing on “religion and literature” — hence, I’m a big fan of Blake, Milton, T.S. Eliot, Bob Dylan, and others. Ideally, I’d like to continue studying for a PhD, concentrating on Blake and his religious views — either that or play guitar in the subway for cash (both seem about equally attractive — and I mean that in a positive way, without self-deprecation.), I’m a huge fan of poetry and rock/folk music, and pursue both recreationally, as a committed amateur. 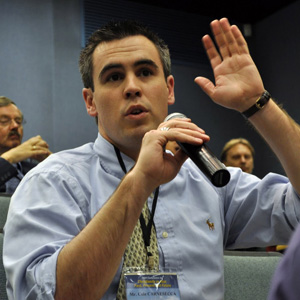 I’m a Yale ’06 graduate with a degree in history and East Asian studies who is currently burning my midnight oil at Notre Dame while pursuing a PhD in sociology. I came here by way of a number of years in a smattering of East Asian countries. I also work part time as the youth pastor at a local Chinese church and am an adjunct professor at Bethel College (IN). I am into East Asian culture – primarily focused on China – and I dig on religion in the polity, like spending time thinking about Hunter’s “faithful presence”, and enjoy teaching social theory. I also have a penchant for nerd-media (MMOs, anime, Sci-fi novels) and digital culture. 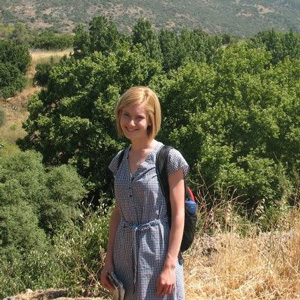 I graduated from Yale in 2010 also with a degree in Humanities, concentrating in the Arts in the Humanities.  I taught algebra, geometry, US History, and AP Euro to middle and high schoolers from 2010-2011 at the school I attended in Pittsburgh, Aquinas Academy.  I am a huge fan of the school, and Pittsburgh.  Last year, I started the Masters of Theological Studies program at Notre Dame, concentrating in History of Christianity. I have always been made fun of in my family for not being a true Steelers/football fan since I would read during the games, but the Theology grad student football team won the intramural league last fall (against the undergrads!), and I caught a touchdown in the stadium.  My brothers took me so seriously afterwards that one of them gave me a concussion during last year’s turkey bowl.  I also really love Betsy-Tacy. 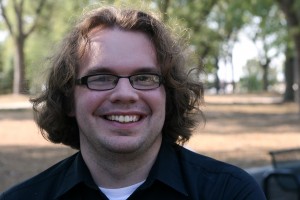 I’m a 2010 graduate of the University of Nebraska-Lincoln where I majored in English and History. I work as a blogger and social media consultant with Rent Ping Media in Lincoln, and I blog atNotes from a Small Place. Really, there aren’t many things I find boring, but my main interests are 16th c. Europe, 20th c. Africa, the writings of Lewis and Tolkien, ecology and environmental issues, and TV. My main intellectual heroes are Lewis and Wendell Berry, though I’m also very indebted to Tolkien, Francis Schaeffer, and Chesterton.  My wife Joie and I live in Lincoln’s near south neighborhood with our daughter Davy. We’re members of Grace Chapel, a small Presbyterian Church in America congregation that’s been around for about 12 years. 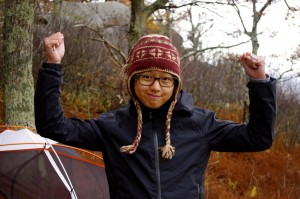 I graduated from Columbia in May 2012 with a degree in American Studies and Political Science. Now a fellow at Trinity Forum Academy, I’m  living with 11 other fellows in tight community and trying to figure out why God cares about sex (male/female). I think a lot about dialogue in the public square and community-formation, interests that were borne out of my heavy involvement in the Veritas Forum and campus journalism. Lesser interests include, in no particular order, household fix-up projects, rollerblading, ambient instrumental music, introspection and Judaism.