Get updates from Feast of Eden delivered straight to your inbox

The defense came within a homily at a 7:30 p.m. student Mass that Wuerl concelebrated with Father Greg (as everyone calls him) and two former GW Newman Center chaplains at Washington, D.C.’s St. Stephen Martyr in Washington, D.C., the chaplaincy’s parent parish. The pews were packed with hundreds of students, the most I have ever seen at a campus Mass anywhere.

I hope Cardinal Wuerl posts the homily on his blog. In the meantime, I will share here what I can remember of it (adding references in parenthesis where they are relevant). It was a real keeper.

In speaking about the effort to remove Father Greg, the cardinal wasn’t detracting from his episcopal duty to preach on the Sunday readings. Just the opposite, in fact: as he noted, the universal Church’s readings for this Third Sunday of Easter seemed divinely chosen for the occasion.

Wuerl began by stating his admiration for Father Greg, saying that he had highlighted the chaplain’s work in the first story he tells in his new book The New Evangelization. In that work, he shares how impressed he was to see the large turnout at a previous GW Newman Center Mass. When he asked the students why so many of them came to Mass, they explained that Father Greg had recommended they be apostolic, inviting friends to join them in worship—and so they did.

Discussing the Gospel, the cardinal pointed out how apt it was to be reminded on this day of Jesus’ words to Peter, “Feed my sheep.” Peter’s successors have been feeding Jesus’ sheep for two thousand years, a responsibility in which the shepherds of dioceses and priests such as Father Greg participate.

And what, he asked, does the Church feed Christ’s sheep? The Word of God and the Sacraments of the Church, especially the Eucharist (cf. Dei Verbum 21).

The Word of God has always included what are for some “hard truths,” Wuerl observed. Christ’s words about the Eucharist were considered a “hard truth” by the people of his time: John 6: “unless you eat the flesh of the Son of man and drink his blood, you have no life in you; he who eats my flesh and drinks my blood has eternal life, and I will raise him up at the last day.”

Wuerl pointed out that when Jesus said those words, people urged him to retract them. They told him he needed to be more “contemporary,” needed to alter his teachings to fit the prevailing culture. And what did Jesus say then? Did he thank them for the correction and change his message? No! He repeated, “unless you eat the flesh of the Son of man and drink his blood, you have no life in you.”

Jesus wouldn’t change His teachings—and in fact, the cardinal added, he couldn’t, because His teaching was not his own, but that of the One who sent him (John 7:16). Likewise, the Church must preach what Christ has taught; she does not have the authority to change his teaching.

Many people stopped following Jesus because of being unable to take his “hard sayings,” Wuerl observed. Those who continued to believe in Christ did so through an act of their free will, just as we do today in assenting to faith. The Church imposes nothing; she proposes (cf. John Paul II, Redemptoris Missio 39).

Wuerl went on to talk about the first reading, from Acts 5, in which St. Peter says, “We must obey God rather than men.” He pointed out that we are part of a church of martyrs; of the first sixty popes, more than half were martyred. Likewise, we must be prepared to bear witness to our faith in the face of a hostile culture that tries to silence the Church.

When someone tries to silence you, Wuerl said, when they tell you, “You may not say that,” their next words are, “You don’t belong.” But in a great free country such as ours, there should be enough room for all to have freedom, including the Church.

Toward the end of the homily, the cardinal emphasized that we must follow Christ’s example in our witness, reaching out with love to draw people into the Church. He said more things about this; I confess, to my shame, that my memory does not do justice to the emphasis he put on sharing Christ’s love. But here is the last thing I do remember from the homily, and this is a direct quote:

“The Church respects everyone. And she expects respect from everyone.”

At the end of the Mass, when Father Greg expressed his thanks to Cardinal Wuerl for coming to the campus parish to celebrate the liturgy, those hundreds of GW students and I gave our archbishop a standing ovation. Everyone was overjoyed that Cardinal Wuerl showed outstanding backbone, speaking the truth in love and defending a brave priest of his diocese for doing the same. May other shepherds of the Church follow his example.

A note re comments: Due to school responsibilities, I may not be able to approve comments for several hours. Please be patient and your (civil) comment will show up.

April 11, 2013
Benedict and the Bible: The importance of the Greek Old Testament for the Pope Emeritus's theology
Next Post

May 1, 2013 Dominicans' Angelic Warfare Confraternity director urges members to read My Peace, calling it "a powerful aid for healing and renewal"
Recent Comments
0 | Leave a Comment
Browse Our Archives
get the latest from
Catholic
Sign up for our newsletter
POPULAR AT PATHEOS Catholic
1

Catholic
"This is the night": A Holy Saturday reflection
Feast of Eden 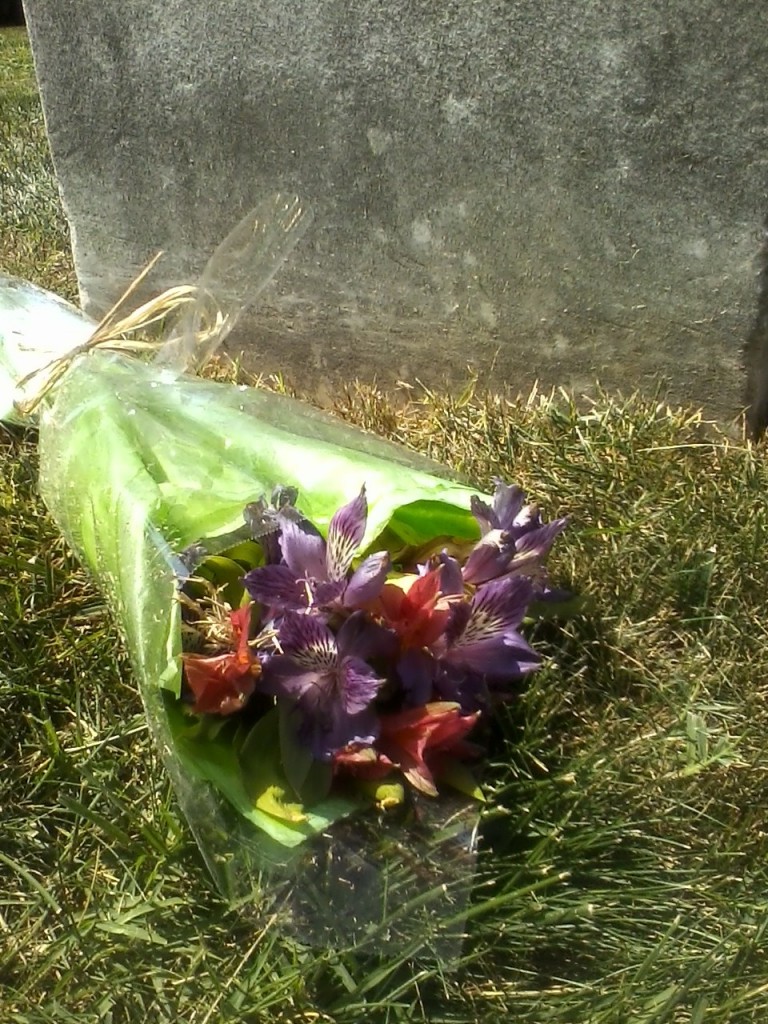 Catholic
Reflecting on the still, small voice that sustains...
Feast of Eden

Catholic
"Perhaps God's greatest miracle is not creation, but...
Feast of Eden
TRENDING AT PATHEOS Catholic