UPDATED: Pray for persecuted Newman Center priest and for those who persecute him

Father Greg Shaffer is one of my parish priests. I live a stone’s throw from the George Washington University Newman Center, where he has been chaplain since 2009, and have seen for myself the fantastic fruit his ministry is bearing.

With the help of the FOCUS missionaries whom he helped bring to the university, Father Greg has fostered an exponential increase in Catholic students’ participation at the Newman Center. The centerpiece of his program is making the sacraments of the Eucharist and reconciliation accessible. Under his administration, the Newman Center has expanded its sacramental life to encompass twelve and a half hours of Eucharistic adoration a week, liturgies that include daily Mass (sometimes twice) and four Sunday Masses, and daily hours for the Sacrament of Reconciliation. On Easter Vigil, he received two new Catholics into the Church and confirmed nine more. All this in addition to a men’s discernment group and the usual Newman Center array of socials, speakers, etc.

Need I add that the GW Newman Center is producing more vocations to the priesthood and the religious life than most churches in the Archdiocese of Washington?

And need I add that those who oppose Church teachings have it out for Father Greg?

I’ll let Deacon Greg tell you the details about the outrageous effort by gay-rights activists to put a stop to the phenomenal work this holy priest is doing for the Kingdom. But I will state the obvious, that the motive of the persecution is truly not about gay rights, nor is it about the right of people who have same-sex attraction to be treated as human beings possessing human dignity. It is about destroying the Church. The agitators are unable to silence their own conscience, so they seek to silence the “meddlesome priest” who brings them the truth of Christ.

And when I say that, I’m thinking of this quote from the student leading the assault on Father Greg, who, after Father Greg told him that his homosexual behavior would prevent him from having a priestly vocation, became a priest in a schismatic sect:

That tells you to whom, or rather what, the student bows. It also tells why he and those who share his concept of “gay identity” are compelled to see the Church’s moral authority removed from every place where it might trouble their conscience. These people subscribe to what Frank Weathers termed the mainstream-media Catechism:

“My sexuality made me.”

Pray for Father Greg, for his persecutors, and for courage for all Catholics as we enter further into this era of martyrdom.

Recommended reading on the myth of “gay identity”: Daniel Mattson, “Why I Don’t Call Myself a Gay Christian”

UPDATE, 1:28 p.m.: Catholic students at GW are fighting back, supporting Father Greg via a blog in which they share how he has positively impacted their lives: The Chaplain We Know.

UPDATE #2, 8:48 p.m.: I have more to say about Father Greg in the Catholic News Agency story “Catholics rally behind DC priest amid controversy.”

April 4, 2013
Saved by the cowbell: Mark Volman of Sixties rockers the Turtles is now a Christian professor
Next Post 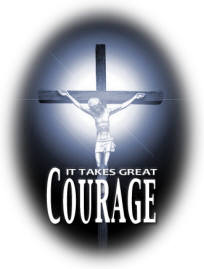