Two gay college students try to have priest fired because he counsels students not to have sex—UPDATED April 4, 2013 Deacon Greg Kandra

Is this from The Onion? 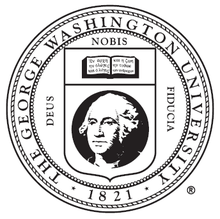 The seniors, Damian Legacy and Blake Bergen, have announced a coordinated campaign to rid the campus of the Roman Catholic priest, reports The GW Hatchet, the school’s independent student newspaper.

They also assert that 12 or more students have quit the Newman Center in recent years because they can’t tolerate Father Greg Shaffer’s ardent anti-gay— and, for the record, anti-abortion — beliefs.

Shaffer has worked for five years at George Washington’s Newman Center. He told the Hatchet that religion and unrestricted speech “play a vital role at a diverse university like GW.”

Legacy and Bergen say they are primarily upset about the counseling Shaffer offers. They say he urges students who have homosexual feelings to lead a life of celibacy.

Catholic Church doctrine maintains that homosexual desire isn’t a sin, but acting on that desire is,according to the website Catholic.com.

In other news, priests also are known to tell people not to steal, kill, lie or cheat.

UPDATE:  The George Washington newspaper has more about one of the students leading the charge against the priest.  Turns out, he’s a schismatic priest, recently ordained:

As a town parade meandered through rural Vermont streets, then 7 year-old Damian Legacy wandered away to a church.

Years later, as a teenager, he joined his local church choir to coax his non-religious family to step foot into the parish. And after receiving his driver’s license, the first place Legacy ventured to, rife with elation over his newfound teenage freedom, was his church.

“There was always a draw to the church, a subtle pull, a little invitation,” Legacy, a senior, said of his call to his faith. “Everybody has a happy place. Mine is an empty church. That is the most serene and blissfully content that I have ever felt.”

Now on the precipice of graduation, the openly gay student is an ordained priest within the North American Old Catholic Church, which encourages LGBT members to join its clergy. Legacy was ordained in October, and since then, has held personal morning masses and structured prayer sessions six times a day. He also hosts masses for other students in his City Hall room.

The co-founder of Dignity GW, a campus group for LGBT Catholics that he started in 2011, Legacy rallied for same-sex marriage outside the Supreme Court last week in his clerical collar. He said when he came out at the age of 15, his religious mentors embraced him before his parents did.

Raised in a home where religion was of little importance and discussions of God were few, Legacy’s first interactions with faith were through the Roman Catholic Church through his grandparents. Yet the tenets of Roman Catholicism, which ban same-sex relationships, were in conflict with his personal identity.

Legacy viewed his sexuality as intended by God, an initial deterrent from a heterosexual married life.

UPDATE II:  Students have started a blog in support of Fr. Greg.  Read all about it.

April 4, 2013 Hilarious "Ode to Sleep Deprived Parents" set to "Carmina Burana"
Browse Our Archives
get the latest from
Catholic
Sign up for our newsletter
POPULAR AT PATHEOS Catholic
1