In observance of International Women’s Day yesterday, I want to pipe up and acknowledge that I have some pretty great men in my life. One, in particular, would give me an entire day off all for the asking, which in turn, causes me to never want to ask for it. Gosh, maybe that’s part of the trick to finding happiness in womanhood. Don’t pair up with a jerk.

Other than the obvious physical challenges that womanhood often brings, I like being a woman. I don’t aim for feminism (as we know it today), just femininity. And sometimes, I even hit the mark.

At least that’s what my husband says.

Womanhood, to me, is amazing. Assuming our plumbing works, we women get to grow tiny, precious human beings inside our own being. We generally have better hair than men (because more is better). It is our privilege to act as great nurturers of the young and old, and to rule the world by rocking the cradle. We get to wear flowers and dresses and flowered dresses and charming hair pins and snazzy shoes. Adorbs hats, too, if we’re brave. We get to beautify our homes. Ourselves. Our world. Bring smiles to downcast people. Warmness to frigid hearts. Love to hurting souls. Wherever we are, we have an uncanny ability to be a special kind of light that doesn’t seem to be true of men. Oh, men have their own wonderful strengths. But women have a particular potential to illuminate their surroundings with irresistible, mesmerizing prisms of light.

I’m trying to explain an unexplainable phenomenon, so work with me here. In plain lingo … women who embrace true womanhood are irresistible. You can’t help but love them.

Womanhood, to me, is challenging. Periods and Pap Smears are unpleasant and uncomfortable – often sources of emotional problems, embarrassment, and other general yuckiness. Menopause haunts us from the time we see our Grandma frantically fanning herself in 45 degree weather whilst biting Grandpa’s head off because of misophonia: the fear of noise, and in this case, the specific noise of Grandpa’s cereal chomping or soup slurping. We don’t want to be weird like our menopausal Grandma, but every woman our senior tells us we will be weird anyway, “when our turn comes.” And what’s nutty is that until “our time comes”, Aunt Flo is faithful to visit every month, which in turn makes us look forward to menopause, the very thing we are trained by our female elders to fear and dread.

Don’t ever let anyone tell you female hormones aren’t every woman’s arch-nemesis.

And then there are the pee problems. I mean, my biggest question for God when I get to Heaven: why, Lord, did you assign to the delicate creature the parts that make peeing a challenge? Do You even know how many times it would’ve been more convenient, more sanitary, more comfortable to just whip it out and aim for the stars? I know His answer. I made men to be initiators, sexually. Women receivers and responders. To which I will say: Yes, Lord. And still wonder why.

Womanhood, to me, is at times unfair. I bash feminism a lot, but not without reason. Good things have come from the movement. Such as the freedom to, I dunno, wear pants!? Speak. Vote. Work. Enjoy sex without shame. It’s just that nowadays, women are proving the men of yesteryear correct when they said “give a woman an inch, she’ll take a mile.” We are no longer fighting for things that should be rightfully ours simply because we are human and equal to men. We are fighting for superiority. For the abolition of masculinity. For “rights” that are not rights at all, but rather unholy desires run amok.

In short, we have become drippy, and it’s no wonder men are resorting to residing on rooftops, err, in their mother’s basements, spending their life playing Call of Duty, for duty no longer calls when women “rise up” and insist on doing men’s work in their place. When women insist on leading their families, spiritually. On being the sole financial provider. Or worse, the top money-maker, in the name of the aforementioned superiority.

Who cares who makes the most money? Can the competition. Work. Disregard who gets the credit. Do whatever it takes, together, to put food on the table, clothes on the body, and gas in the car. And put the children in their proper place: before any coveted corporate ladder. There’s a balance and a difference between providing familial needs and accumulating stuff and prestige for the sake of accumulating stuff and prestige. Know the diff, love the diff, live the diff.

The unheeded, unheard, unhappy children running wild throughout your house will thank you. If not now, later.

Womanhood, to me, is important. But womanhood is not everything. It is part of my identity, but not the entirety of my identity. It is for this reason that I am becoming emotionally taxed with the overwhelming insistence of women in our society to be constantly noticed, promoted, and spoiled rotten. I am a woman, but I don’t need anyone to hear me roar. To do so would not be womanly at all. It has become fashionable to “embrace womanhood”, while denying the very attributes that make up true womanhood, and as a result, I have become embarrassed by my own kind. If I’m going to roar, I’m going to roar about the many joys and blessings of womanhood. Not the supposed unfairness of it. We live in America, people. Being a woman in this country is nothing short of awesome sauce. I can’t think of another country who gives women as much freedom and respect as America does. Do we have room to grow? Yes. But not in the way you might think.

We don’t need more women’s rights. We need more Biblical lifestyles of both womanhood and manhood. We are off kilter. Over zealous in our quest for the equality of women, and under zealous in our quest to understand and practice what are the healthy, right roles for men and women. Until we think and act Biblically, there will be civil unrest. Domestic unrest. All kinds of relational unrest.

One blog is insufficient for laying out all the answers (as if I had them anyway). So per my habit, I will simply point you to the One who does have the answers. That is, Jesus. I pray He heals our land, our women, our children, and our men. Wednesday was supposed to be all about women. But it’s never simply all about women. We are special, and our roles are significant, with deep meaning and implications in this thing we call life. But we aren’t as high on the pedestal as we think we are, nor should we be. We only make up about half the population. The other half are just as special and significant, and until we recognize, appreciate, and embrace that, the blessings of living peaceably together will remain elusive.

March 6, 2017
Finding Identity and Purpose in Christ
Next Post 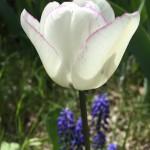 March 13, 2017 In Memory of Leslie O'Hanen
Browse Our Archives
Follow Us! 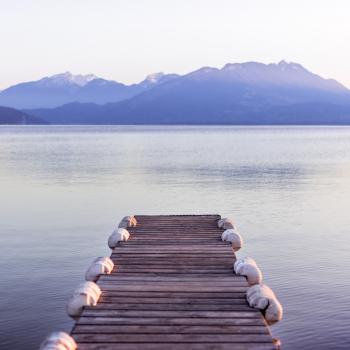 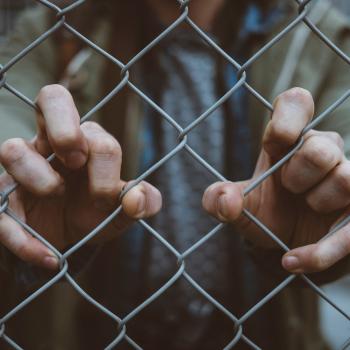 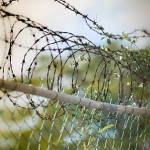 Where Is The Covid-19 MasterClass?
I don’t know about anyone else, but my Facebook feed is full...
view all Evangelical blogs
Copyright 2008-2020, Patheos. All rights reserved.