Disney, The Shack, Gorsuch, Job, Lincoln, and Me 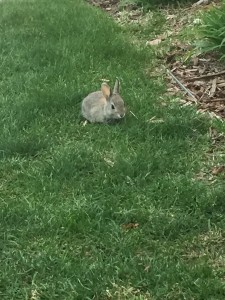 Well the kitchen sink is leaking, and that’s just the start of the troubles I’ve seen in the last week. So to make things easy, let’s have a “random thoughts about current events” post.

Boycotts drive me a little bit crazy. The way I’ve always approached movie going is that if I don’t like an advertised scene in a movie, my money talks louder than my FB posts. I simply don’t go see the movie in question. There’s a lot of living and let living that needs to be practiced in this country, and petty things like whether or not our neighbors should go see Beauty and the Beast seems to be a great place to start. Either go or don’t go, and let your neighbor do the same – without shaming said neighbor.

Same with The Shack. Sounds to me like an unbeliever wrote a book that is terribly heretical. What is it again that we expect from unbelievers? To write theologically correct books? I’m genuinely confused at the fuss. If it’s a junky book, let your money do the talking, while continuing to be the best witness you can for Jesus, who is building His church, which the gates of hell will not prevail against (Matt. 16:18). The Shack isn’t powerful enough to keep the elect from entering heaven. That does not relieve us from the duty of the Great Commission. But it does relieve us of freaking out, thereby embarrassing ourselves. I think it would be interesting to read The Shack with someone who views it as spot on, with the Bible nearby, and calmly discuss the differences. Couldn’t say the same about Fifty Shades. Some literature and movies truly do need to be banned from our minds. But The Shack, from what I’ve read, is at least a clean story, albeit a theological messy story. So what if we treated it as such, and even use it as an evangelistic tool? Can God save someone out of bad theology or not? Isn’t that what He’s doing with all the elect, every day?

Just kidding. Not worth discussing.

Gorsuch for SCOTUS? I’ve no idea what to think. So many conflicting reports and assumptions have been made. A tangled web of “information” has been woven and my hope is that the Senate Judiciary Committee can sort through the facts during the confirmation hearings and come to a wise decision. However! Have you seen the videos of two funny moments during his hearing? You can click here and here to watch. The second one is especially hilarious. And I must say that it’s good to see some humor in our political world, as I am so weary of hate and anger.

3. We had one day last week that I will refer to as a Job day. Capital J. Long o sound. We were trying to be good girls and boys and go about our day jobs, when one bit of bad news came right after the other. Three whammies, all in one day, not including the sink. That’s today’s sufficient problem. But, my entire family is still alive, as is my livestock, aka Annie the Cairn Terrier, probably some mice and rats, wild bunnies, and many many birds, as evidenced by layers of poo on my deck. And for that, I am grateful (for my alive family, not the poo). No idea what we will do about the three whammies, but God does and I’m waiting for the light unto my path.

He does know the due dates to these decisions I must make … right?

Yes. Yes He does, oh me of little faith. Consider the lillies … the five sparrows …

4. I read the Gettysburg Address this week. Just sat down one night and digested it slowly because I could. Lincoln was a terrific writer. At the end of his address, he talks of the great task before America, and called her people to “from the honored dead, take increased devotion to that cause for which so many gave the last measure of devotion, and that they highly resolve that the dead shall not have died in vain, that this nation, under God, would have a new birth of freedom, and that government of the people, by the people, for the people, shall not perish from the earth.”

Resolve that the dead shall not have died in vain. I like that. I want to be that way. That’s why I still raise my flag and vote and cherish the freedoms I still have. However socialist we’ve become, we can still say that we are free-er than most. And the credit goes to those who “gave their last measure of devotion.”

Much respect to all of them.

5. My spinal tap came back all clear for MS and a few other neurological diseases we all want to avoid in life. Had a CT scan to try and find pinched nerves that might be causing my right-sided issues. Of course, a pinched nerve wouldn’t explain the rest of my symptoms that closely resemble MS, so confusion continues to abound. Either way, I’ve been prescribed drugs commonly used for MS. One is working pretty well. The other, not so much as far as side effects are concerned, but it does relieve pain and restless leg. Maybe they could give me a pill to combat the side effect, and then another for the side effects from the pill that was for the side effects, and we could just keep going until eternity, chasing down side effects.

Aging isn’t for sissies and neither is chronic illness. If you have a measure of health today, give thanks. Can you eat more than a bird? Walk well? Sleep sound? Then you are in a much grander and glorious place than I am. And many others. Unless of course you look at it from an eternal perspective, which is to say that I am probably closer to Heaven than you, which would actually put me in the grander and more glorious place.

Perspective counts, baby! Not that I can boast in actually having that perspective as often as I should. But I try. Writing helps. So thanks for listening to me talk myself into repenting of the all-depressing temporal thinking. And thank you to Karl, my son-in-law, for diagnosing the sink problem. A little caulking should do the trick! 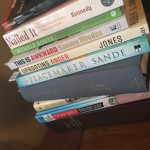 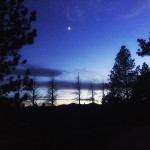 March 27, 2017 The Impossibility of Pleasing God Without Faith
Browse Our Archives
Follow Us!

This virus is a thief. But it cannot...
Joy is the that deep-rooted strength that doesn’t depend on circumstance. It’s...
view all Evangelical blogs
Copyright 2008-2020, Patheos. All rights reserved.