A Proper Response to The Fall of Matt Lauer

A Proper Response to The Fall of Matt Lauer November 30, 2017 Brenda Renee Coats 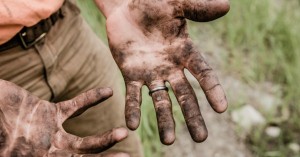 Well another celebrity bites the dust. This time Matt Lauer. What is driving the surge of sexual assault allegations? Is the #MeToo movement? You have to know it’s not coincidental that suddenly, droves of Hollywood actors and Washington elites are being exposed.

One theory: The Left is behind it, and this is their way of preparing (pushing) for the possibility an upcoming woman president. If they can convince people that all men are inherently dangerous, slime infested perpetrators, surely a woman, maybe Elizabeth Warren or Oprah or even God forbid, Hillary, would be the obvious choice to voters in 2020.

Because clearly, women are never guilty of sexually assault or harassment, and neither would they ever shame other women for speaking out about their experiences … riiigghhtt?

Another theory: Trump and the Right are behind it all, doing their best to prove mainstream media and those who’ve been so quick to throw the first stone at the President (*cough, Hollywood) are hypocrites?

I unfollowed ninety-some percent of political outlets and news channels on Facebook because I became so overburdened with fake news, real news, and most of all, the sexual assault and harassment claims. I can’t be filling my mind with so much garbage or I end up on edge. But the Matt Lauer story slipped through, as he is so high profile, and because everyone must say something about it.

What shocks me is that people were shocked. I never watched Lauer much, because frankly, he seemed like a scoundrel. I can’t offer any real explanation as to why I steered clear of him. I don’t know the guy. I’ve seen him on television a handful of times. But like all people, I am bent toward being judgmental. And like so many women, I have also been sexually assaulted and harassed enough times in my life that my scoundrel alert antennas are always up. Lauer, to me, simply put out vibes that screamed the polar opposite of trust, nobility, and respect for others. He made my neck hair erect, and my response was to simply turn the channel.

The most over quoted, misused, and misinterpreted Scripture is “Judge not.” The world takes that and twists it to mean that nobody can say anything against whatever lifestyle said world chooses, which works perfectly, until said world wants to judge Christians for being so judgmental. It’s messed up. But rather than getting deep into whether we should be judging Matt Lauer or not, I want to go one step further and talk about forgiveness.

The reason is that we are past needing to discuss whether anyone should judge or not. The accusations have been made, and Lauer has admitted his guilt, though he does claim some of the accusations were blown or of proportion or misrepresented. Fact is, though, he is guilty by his own admission. Other facts are that he has apologized. He has committed to trying to make amends with those he has hurt, starting first with his family.

So now, the ball is in our court as to how to respond.

Will we give him grace? Will we wish judgment upon him? Will we take his sins and place them on all men, going on to assume as third wave feminists would have us assume — that the male race needs to be squelched and emasculated at least, obliterated at most? Will we enjoy the fall of a man we don’t agree with politically?

Scripture says to forgive those who’ve sinned against us, so our Father in Heaven will forgive us our sins. But Lauer didn’t sin against me. He sinned against his co-workers, wife, children, and whoever else is directly involved. Knowing about his sin doesn’t mean it was committed against me. Still, if we find ourselves wrapped up in the drama of it all, thinking evil thoughts that those who truly have been sinned against might be tempted to think, then we need to repent. Not only of the failure to forgive Lauer for hurting others, but of the failure to keep our noses in our own business.

That brings me to what I don’t like about these weekly revelations of sexual assault and harassment. Not only does it tempt us to look at another with contempt and even hatred – sometimes before the accused is proven guilty. It also tempts us to meddle in another person’s affairs (no pun intended). Facebook and all internet based information sites can be fun and relaxing. But they can also be a temptation to allow our hands to be idle, our minds to be focused somewhere other than Christ, and to become a busybody.

Isn’t there work to do? Doesn’t our boss need us to be there on time, to be there mentally as well as physically? Don’t our children and spouses need us to fully be present? Shouldn’t we think on whatever is just, pure, lovely, of good report, and virtuous, as Philippians 4:8 admonishes?

But let none of you suffer as a murderer or as a thief or as an evildoer or as a meddler. ~I Peter 4:15

Meddling, see, is interestingly lumped in with other jaw dropping offenses. And so sometimes, we don’t actually measure up to being better than those we are quick to condemn, as we might think.

It is sad and aggravating to see Lauer and others go down in a blaze of immorality and criminality. But we should never focus on or revel in another person’s sin. We should thank God for His grace that’s kept us from the same sin (if that’s true), repent if we are guilty of the same, and pray for the repentance of the offender. Our response should be to stop, take note, determine to do differently than the one who has fallen, and go on with whatever God has given our hands to do. 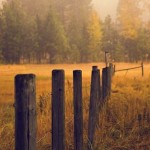 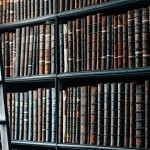 December 5, 2017 An Invite to Read 100 Books in 2018
Browse Our Archives
get the latest from
Evangelical
Sign up for our newsletter
POPULAR AT PATHEOS Evangelical
1 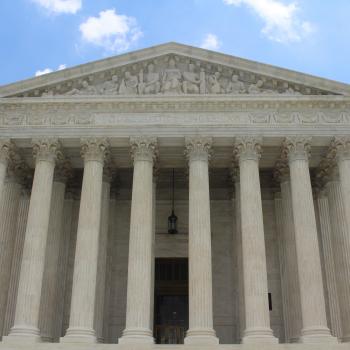 What's Going On In Septuagint Studies? (Ross and...
My friends William A. Ross and W. Edward Glenny have edited a...
view all Evangelical blogs
Copyright 2008-2021, Patheos. All rights reserved.
error: Content is protected !!