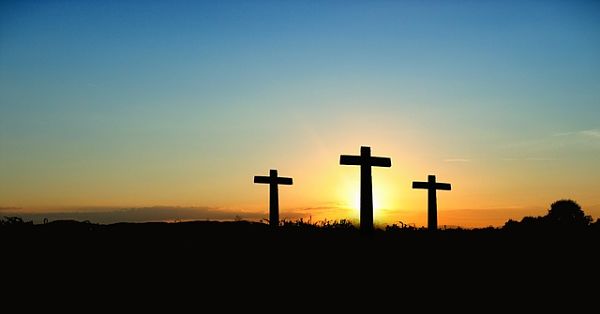 When The Lord of the Rings came out, I refused to watch it. I had never read the books, but I was familiar with the story enough to know that much of it was dark and full of evil – enough for me to stiff arm the entire trilogy. I’ve always been very impressionable, which has resulted in also being unable to stomach a lot of dramatic literature and movies that have been put out, whether old or new.

Well, eventually, about six years after the LOTR movies came out, Shaun talked me into watching them. They’re three hours long of course, so it took a total of three evenings (spread out over a few weeks) to watch all three. At the end of the first movie, I was livid. For years I told Shaun I wouldn’t watch because I knew I’d have nightmares and be psychologically damaged to the point of no return. But he assured me that though evil was presented as a very real thing, it didn’t win. Still, the first movie did end in a way that lead me to believe evil would conquer, and by the closing scene, I was sure I had married nothing but a war hungry white male who thrived on blood and guts and evil and horror, and no matter what he promised, all three movies would end in catastrophe!

You told me evil would be defeated, I said with teeth clenched.

In spite of my horrible gut feelings, I watched the other two. Mostly because I said I would, and because I figured if the movies didn’t deliver, divorce was always an option.

As you know, the story, though filled with much evil, ends well. Evil is indeed conquered, and most importantly, nobody gets swallowed up by ringwraiths or gigantic famished spiders, except me in my nightmares.

After watching LOTR, you’d think I’d be able to stomach The Passion of the Christ. But alas, I’ve never seen it. I just can’t. Besides my convictions about not making graven images is the fact that the Cross is horrible. It’s bloody, terrible, gruesome, and unjust. I can’t find words to describe the cruelest creation of man. Why would I want to watch an acting out of the wicked ordeal? By God’s grace, I am not a hard-hearted person toward what happened to Jesus on the Cross. It hurts me deeply, and it hurts me even more deeply to know I am one of the sinners who put Him there.

True, He is Risen! Perhaps I should be able to stomach the crucifixion because I know that evil loses. Love wins. Jesus wins. And because Jesus wins, I win. Death loses and is forever conquered for those who put their trust in the One who died for our sins. In short, the true story has a beautiful end that is in such contrast to the horrors of the Cross that it’s mind boggling. There is nothing more beautiful than someone laying down their life for another. Not begrudgingly. But willingly.

He could have called ten thousand angels. With one spoken word or even thought, Jesus could have summoned the powers of Heaven to rescue Him from the predicament of an unjust crucifixion. But He willingly stayed put, praying, “Father, forgive them, for they know not what they do.”

I find it difficult to pray for someone who has merely offended me with their words. How difficult it must have been to pray for an entire crowd who mocked, spit upon, crowned with thorns, nailed to a cross, whipped, and eventually killed by asphyxiation. All while knowing that in return, God would turn His back and place the sins of the world on Him.

How crushing. How astonishing. How simultaneously ugly and beautiful. It remains a mystery how anyone could or would bear such a weight, and all out of the goodness of His heart and love for others who have hurt, wronged, and sinned against Him.

I don’t know about you, but I just don’t love people to that level. Perhaps my children. I’d like to think I’d lay down my life for them if an occasion called for it. But that’s just not the same as being utterly innocent and yet willing to endure the worst form of death known to mankind and dying in the place of those who deserve it. Never has there been an act equally selfless to Jesus’ death on the Cross.

So no. I don’t want to watch The Passion of the Christ. I have the gift of empathy. I do well with the sight of blood if the blood is not coming from someone I love. But one glance at blood coming from a loved one and I become as pale as Wonder bread, possessed of the same amount of goodness, which is basically none. I’m useless. I can’t do it. But what I can do is read the account of the crucifixion. I don’t particularly enjoy the word pictures. They conjure up guilty feelings, gruesome images, empathy that hurts my heart. The trick is to keep reading, because while the terrible cross is a true story, so is the Resurrection.

Jesus suffered and died. But Jesus also lives, and because He lives, death has been conquered.

As I hurry and type this up so I can get back to my Mom who is suffering greatly with Parkinson’s and other complications this week, that means a lot. Death – especially slow death – is horrible. It’s grueling to watch. It’s painful to endure. It’s unnatural. We hang on to life even though we suffer pain and sickness and heartache, because our very being cries out for life everlasting. We must endure a physical death as a result of the Fall, and admittedly, that is terrible. But we have also been presented with a Way to enjoy life everlasting. Jesus is that Way. Through Him, we can live forever. Through Him, we are no longer called an enemy, but a friend of God. Through Him and the power of the Resurrection, this world doesn’t have to be our only hope, and admittedly, that is beautiful.

The Cross, though terrible, is also beautiful. It ends well for Christ, because He gets all the glory due Him. It ends well for those who repent and put their trust in Him because evil doesn’t win and death gets conquered.

Now off to check on Mom, who I know wants nothing more than to begin life everlasting with Jesus. “I’m so tired. I’ve been in constant pain for almost six years. I can’t do this anymore.” Those are the words she says to me through tears, while I sit by feeling mostly helpless and useless. But both of us know that though she walks through the valley of the shadow of death, she need not fear evil, for He is with her. Please pray that goodness and mercy will follow her the rest of the days of her life, and that she will rest in two facts:

She will dwell in the house of the Lord forever … and all’s well that ends well. 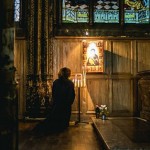 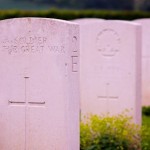 March 29, 2018 Spring: A Picture of the Resurrection
Browse Our Archives
get the latest from
Evangelical
Sign up for our newsletter
POPULAR AT PATHEOS Evangelical
1

What Is Christian Mission without Any...
Roger E. Olson
Related posts from Felix Culpa