Interview: Will Ferrell (A Night at the Roxbury, 1998) 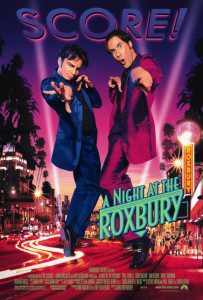 Of all the Saturday Night Live characters that have made it to the big screen, the Butabi brothers must have seemed the most unlikely. In a typical sketch, the brothers hop from one nightclub to another, bopping their heads to dance-club hits and trying, usually unsuccessfully, to pick up a babe or two. There’s no dialogue, no story, no character details beyond the fact that they like to go clubbing.

In fact, until A Night at the Roxbury brought these guys — played by Will Ferrell and Chris Kattan — to the big screen, no one had any idea that they were even brothers. Ferrell himself admits that the film had to be created pretty much from scratch.

“The sketch is pretty much only on one level,” Ferrell says in a phone interview from Toronto. “It’s kind of this physical cartoon, is the best way to describe it. So we just had this blank page that we had to fill from scratch. We just locked ourselves in a room, and between myself and Chris and Steve Koren, who helped us write the sketch, we improvised a lot of it, like how we thought these guys would talk and sound and react and whether or not they’re just friends or in the same family. We found that having them in the same family helped to set up that loser mid-twentysomething slacker-who-doesn’t-know-what-to-do-with-their-life set-up.”

So how did this sketch get picked in the first place? Ferrell credits co-producer Amy Heckerling, director of Clueless and Fast Times at Ridgemont High, with getting the film off the ground. In fact, her name comes up several times during the thirteen-minute interview.

Says Ferrell, “[Chris and I] didn’t necessarily have this in our heads as movie material. But Amy, in particular, identified with these characters or something, so she was like, ‘What do you think?’ And we were like, ‘Oh, yeah, okay.’ It wasn’t so much that we lobbied for it as that she did, and we were kind of like, ‘Well, this would be a fun experience and a nice opportunity,’ so we went forward with it.”

The sketch began as a two-person act, but there have been some memorable three-person variations, beginning a year or two ago when Jim Carrey joined the brothers during an SNL guest-hosting stint. In fact, most people who recognize the Butabi brothers at all seem to think they’re a Jim Carrey routine.

Carrey’s name is mentioned once during the film — a nightclub owner (an amusing Chazz Palminteri) yells his name and waves across the dance floor at one point — but he never actually appears in the film. “We knew there wasn’t any way we could get Jim Carrey to do it with us,” says Ferrell, “and we just thought it would be a cleaner thing if we just kept it to the two guys. I don’t think we made any effort to see if Jim was available to do anything in it, and I know he didn’t call us.”

But it wouldn’t be an SNL movie without some celebrity cameos. In addition to the usual SNL crew — Molly Shannon, Colin Quinn and Mark McKinney all have bit parts — the filmmakers got Loni Anderson to play Butabi mère, and they persuaded former 21 Jump Street co-star Richard Grieco to play himself.

“We just thought it would be funny and lame if these guys aspired to be Richard Grieco,” says Ferrell, “and we thought, ‘Boy, that would be really funny if he was willing to play himself in the movie.'”

Grieco enters the Butabi brothers’ lives when he accidentally rear-ends their car. Grieco doesn’t particularly care for these fans of his, but he gets them into the nightclub of their choice in order to avoid a lawsuit.

“Luckily he had a great sense of humour about it,” says Ferrell. “The other idea that we had didn’t quite work out, which was the reference to Emilio Estevez. We wanted to end the movie with Emilio Estevez coming to the door, but he declined. Emilio didn’t have as good a sense of humour, is what I’m trying to say. Our other idea was that we’d have Charlie Sheen walk in the door, and we’d keep saying, ‘Emilio!’ But that didn’t work out either.”

Saturday Night Live movies have been a mixed bunch so far. The Blues Brothers and Wayne’s World were decent hits, but their sequels flopped, and films such as It’s Pat have gone more or less straight to video.

How well A Night at the Roxbury does remains to be seen — it opens against stiff competition, including the computer-animated Antz and Robin Williams’ visually impressive afterlife romance What Dreams May Come — but other SNL-based films are already in the works. These include Sprockets, starring Mike Myers, and Superstar, a film based on the Broadway-smitten Catholic schoolgirl played by Molly Shannon.

Ferrell, who has a part in Superstar, denies that there is a formula by which all these films are produced. “Everyone thinks there’s some system in place, like a Turning Sketches Into Movies Department on the show, but there really isn’t a science to how it’s done,” he says. “Like I said, our thing happened because Amy Heckerling sparked interest in it. I think it’s a weird thing, I think there’s no real rule to the way some sketches become movies and others don’t, and I think it’s okay if you don’t feel the need to turn it into a movie.”

Did the poor track record of previous SNL movies weigh on Ferrell’s mind at all? “Yeah, of couse it did. That was definitely something that we thought about. And yet, in a way, there’s no guarantee with a movie that anyone makes, and we felt that this was a little different situation in that we had Amy Heckerling produce, and this cast is different too, in the sense that everything is approached more from comedic acting as opposed to the world of stand-up, which is more joke-conscious. We’re more character-driven, and I think that lends itself to better moviemaking.”

That’s an interesting take on the film, when you consider it was inspired by one-dimensional TV characters who barely existed in the first place. One could almost argue that the Butabi brothers resemble a dumbed-down version of the “wild and crazy guys” that Steve Martin and Dan Aykroyd first played on Saturday Night Live some twenty years ago.

Ferrell admits there are one or two similarities there; both sketches concern two “lovable losers” who pursue women, but beyond that, he sees only differences.

“I think these guys are — it’s hard to actually say this — but in a weird way, they’re a little more sophisticated than the wild and crazy guys,” he says. “Even though they’re trying to break into the club world, they still know enough about it to look at least somewhat like they belong, but not really. What else? They live at home. In the same bedroom. That’s a difference, too.”

That, plus the fact that the wild and crazy guys never had a movie all to themselves. Perhaps someone should notify Amy Heckerling.

— A version of this interview was first published in The Ubyssey.

November 16, 1998 Review: Pleasantville (dir. Gary Ross, 1998)
Recent Comments
0 | Leave a Comment
"Whoever wrote this article called Mary a virgin. She was only a virgin till after ..."
Ronnette Harvey The latest attempt to film all ..."
"In addition to this explanation of why "Paul says he can’t tell the Roman Christians ..."
PaulDT Paul, Apostle of Christ: a scene ..."
"Outstanding outline and identification of references and sources as well as background. Thank you so ..."
PaulDT Paul, Apostle of Christ: a scene ..."
"" So now, basically, the Magi are just a substitute for Santa Claus." <- Well... ..."
The 3 Wise Men — not ..."
Browse Our Archives
Follow Us! 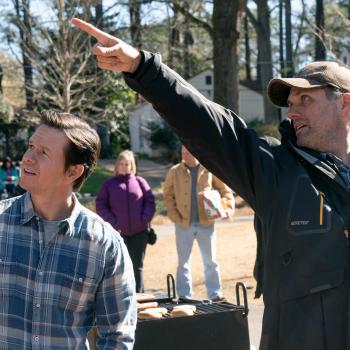 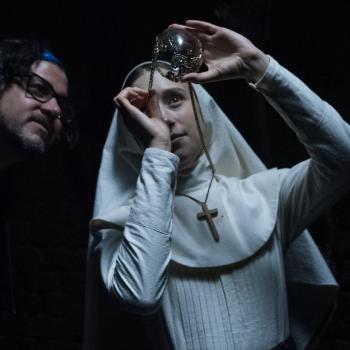