The Self-Deception of Mr. Death / Errol Morris’s new film peers into the mind of a Holocaust denier. 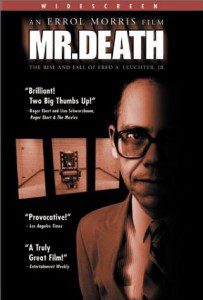 “Have you ever seen a man’s brains?” That question is asked by one of several old eccentrics who populate Vernon, Florida, the town after which Errol Morris named his second documentary feature in 1981. It is a question that has been at the heart of just about every film Morris has made; he seems fascinated, even haunted, by the question of how the mind works. He explored that theme in his recent docu-poem Fast, Cheap & Out of Control (1997). It also provides the key to what seems at first like a meandering digression in Morris’s most celebrated film, The Thin Blue Line (1988). Near the end of that documentary, about an innocent man who was sent to prison and almost executed for a murder he didn’t commit, Morris lets another man, David Harris, talk about his own childhood. It was Harris’s accusations that prompted the police to arrest the innocent man in the first place; now that Harris himself is on death row for another murder, he all but admits to Morris that he committed the original crime himself. For most viewers, the case is closed, the story told. Yet Morris lets Harris go on and trace his reckless behavior back to his youth. “I wasn’t doing nothing but hurting myself,” Harris concludes.

This “tangent” begins to make sense when you realize that Morris is interested not only in objective knowledge — knowledge of what has transpired in the outside world — but also in what we might call subjective knowledge, or knowledge about oneself. When I interviewed Morris for this magazine two years ago, he called Harris’s epiphany “one of the most ironic lines I’ve ever put on film, and people never comment on it. . . . Whenever I hear the line, I think, ‘Not quite, David. Others as well.’ This moment of self-knowledge seems to be a moment of self-deception.”

Self-knowledge and self-deception, and the ways in which they intersect with one’s objective knowledge, are the subjects of Morris’s newest film, Mr. Death: The Rise and Fall of Fred A. Leuchter Jr. Leuchter wrote the infamous “Leuchter Report,” a document widely cited by Holocaust deniers, in which he argued that the gas chambers at Auschwitz, Birkenau, and Majdanek were not in fact used for that purpose. Morris provides plenty of evidence to refute Leuchter’s conclusions, but he is more interested in the character of Leuchter himself, and in the workings of Leuchter’s mind — which, when all is said and done, remain as mysterious as they ever were.

Leuchter first made a name for himself as an expert on electric chairs, gallows, and other capital-punishment devices. Leuchter’s father was the superintendent of transportation for a couple of prisons in Massachusetts, and Leuchter grew up visiting the guards and the inmates in those prisons as he accompanied his father to work. The inmates taught him how to pick locks and crack safes; the guards let him sit in the electric chair. By the time he was an adult, Leuchter became concerned with what he calls the “deplorable condition” of execution equipment, and he designed and built a chair for the state of Tennessee which, he says with professional pride, respected the human dignity of executioner and “executee” alike. He went on to design not only lethal-injection machines (commissioned by the state of New Jersey) but gallows and gas chambers as well.

It was Leuchter’s familiarity with gas chambers that caught the attention of Ernst Zundel, a Canadian Holocaust denier who hired Leuchter to go to Poland and study the gas chambers at Auschwitz and Birkenau. Leuchter did this, apparently, by covertly chipping off bits of wall and floor and placing them in tagged plastic bags. He then sent these samples to labs in the States, with instructions to test them for cyanide residue; when the tests came back negative, Leuchter decided that no executions had taken place in the concentration camps, and, in 1988, he wrote his now-notorious report.

The public reaction to Leuchter’s report is one of the film’s most instructive aspects. Consider, for example, the response of Robert-Jan Van Pelt, an expert on the Holocaust and one of the film’s other interviewees. “Auschwitz is like the Holy of Holies,” he says. “I prepared years to go there, and to have a fool come in, come in completely unprepared — it’s sacrilege. Somebody who walks into the Holy of Holies and doesn’t give a damn.” Fortunately, Van Pelt does not leave it at that; he presents a good deal of evidence that Leuchter, who knows no German and little history, apparently overlooked, including Nazi blueprints that clearly indicate that the gas chambers were, indeed, instruments of mass execution.1

But I must confess there is something about Van Pelt’s statement that rubs me the wrong way. In history, as in other scientific pursuits, nothing is inherently sacred: every theory is open to revision, provided that the revision accounts for all the available evidence and explains it better than all other theories. I believe in the resurrection of Jesus, for example, not because people have invested a great deal of religious sentiment in it, but because I believe the historical evidence points in that direction. Leuchter’s problem is not that he “doesn’t give a damn” about “the Holy of Holies,” but that he never pays adequate attention to the evidence.

Ironically, the doubters who trouble us most can, in the end, play a part in confirming our beliefs. In an impassioned essay for Harper’s magazine, “In Defense of Prejudice,” Jonathan Rauch went so far as to suggest that Leuchter and his associates did our collective memory of the Holocaust a favor. “I know of no modern idea more ugly and stupid than that the Holocaust never happened, nor any idea more viciously motivated,” Rauch wrote. “Yet the deniers’ claims that the Auschwitz gas chambers could not have worked led to closer study and, in 1993, research showing, at last, how they actually did work. Thanks to prejudice and stupidity, another opening for doubt has been shut.”2

That’s all very well and good for society as a whole, but we are still left with the nagging question of how we should regard those people who do not see the evidence as we do. Leuchter appears sincere in his beliefs, though they have cost him both his marriage and his livelihood. In one of the film’s several morbidly funny asides, Leuchter says he’s still looking for a buyer to take half of a lethal-injection machine off of his hands; he was repairing it for the state of Delaware when they cut off all contact with him. (This sort of ostracism may have driven Leuchter even deeper into the bosom of the Holocaust deniers.)

Morris ends the film on a familiar note, letting his protagonist discuss his childhood in a way that hints at the depth of his own self-deception. Leuchter tells the story of a boy who, like Leuchter, visited the prison with his father and sat in the electric chair; some years later, the boy, now a man, was convicted of murder and executed in that same chair. Legend had it that there was now a curse on boys who sat in the chair. But Leuchter, instead of becoming one of the chair’s victims, ended up making the chairs himself. “So maybe the legend got turned around,” he says, “and maybe we created a new legend, and some good came out of it after all.”

Is Leuchter a self-deluded simpleton who hungers for the spotlight? Is he an honest truth-seeker with a very big blind spot? Is he the deserving victim of his own hubris? Were his views determined, as Van Pelt suggests, by his poor choice of friends? In the end, it’s impossible to say for sure.

Peter T. Chattaway writes about movies for a number of American and Canadian publications.

1. In addition to the evidence compiled by Van Pelt, Morris interviews Jim Roth, one of the scientists at the lab that tested Leuchter’s samples for cyanide residue. Roth reveals that the tests do not support Leuchter’s report: unaware of Leuchter’s intentions, the lab did not look for cyanide on the surface of the bricks, as it should have, but in the samples as a whole, crushing them and diluting any potential surface residue by a factor of 10,000 or more.

— A version of this article first appeared in Books & Culture.

October 25, 1999
Hollywood: Christian Filmmakers Flock to End-times Features / Bestseller Left Behind is slated for the big screen
Next Post 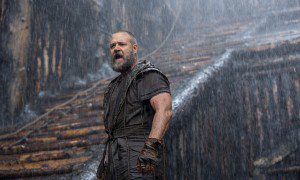 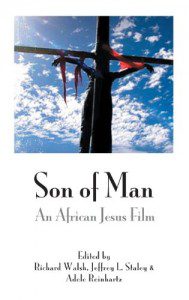 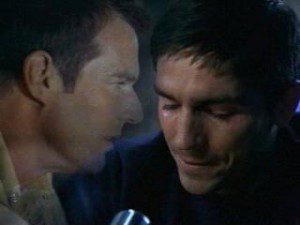 First Look: 'The Grizzlies' Inspires with Story of...
Film centers on an at-risk youth population in a small Canadian town...
view all Entertainment blogs
Copyright 2008-2020, Patheos. All rights reserved.