“You will cross water three times. You will have much trouble. But all will be fine in the end.” –Jeremiah the Peddler

So I was let go from my job this week, which is a mildly traumatic bummer, but also a bit of a relief: I got along with my co-workers, but I was never a great fit for the position, and it was sometimes an effort to drag myself to the office and do menial tasks for wealthy people whose religious and political beliefs were at dramatic odds to my own.

I know I’m going to survive, because I usually do. It’s just a little stressful at the moment, as I try to figure out what I’m supposed to do next, and how I’m going to splurge on luxuries like rent and groceries.

The only thing about the situation that really bothers me is that a few months back, the executive chairman of the company overheard me talking about the possibility of moving to Boston for graduate school, and he pulled me into a private meeting.

“What’s keeping you in Houston?” he asked.

“I like it here?” I said, not sure where the conversation was going.

“I don’t want you to leave,” he said. “But you need to seize the day. If you want to go be with your family and start graduate school, then that’s what you should do.”

I thanked him and told him I’d take it under consideration, but now that I have left (even if not by my own volition), I can’t help wondering if he encouraged the other higher-ups to terminate me, under the auspices of giving me a chance to pull myself up by my bootstraps or some other Republican malarkey.

If that’s really what happened, I’m sure he thinks I’ll thank him one day. And hey, if I don’t get evicted, maybe I will.

Regardless, I felt like I was going to be okay, although I did want to confirm that I would remain okay. So I pulled out my Liminal Spirits deck and threw some cards on my coffee table.

Considering the circumstances, it was a very favorable reading. I’m coming out of a rough situation stronger and truer to myself, and while I may be unsure of where things are going, I can enjoy the moment, because there is potential and opportunity ahead of me, provided I’m prepared to take quick action.

And, in the future, a new beginning, with an admonition to change my perspective and focus on what I need instead of just what I want.

The reading made me feel better, but I wanted a little more clarification on the matter — namely, I wanted to know if a new job would be in my immediate grasp. I’ve got that yes/no token that I normally use to consult with the Liminal Spirits, but Tybalt had recently given me a really cool coin that’s basically a miniature, two-sided Ouija board, and this felt like the perfect time to break it out and put it to work.

Ty also gave me a list of guidelines to follow when using the coin, along with a reminder to be respectful of the spirits when asking questions, and I dutifully assented to adhere to them. But since I’d already done a reading and was just looking for a little additional info, I figured a couple of coin tosses could be achieved without any excess theatrics.

“Liminal Spirits,” I intoned, holding the coin over the deck. “Will I have an new job soon?”

I flipped the coin in the air, caught it, slapped it down on the back of my wrist, and uncovered it.

“Okay,” I said, flipping the coin again. “But will I have a steady source of income soon?”

“Should I go back to school?”

I can’t really explain why that upset me, since grad school is such a prominent goal. And I don’t recall what my next few questions were, but I found myself getting increasingly irate with the answers, and my frustration finally bubbled over.

“Can’t you just tell me what I want to hear?!” I shouted, flipping one last time.

And the coin arced over my head, hit the ground, and rolled under the couch, coming to rest in a spot that I couldn’t reach without moving furniture.

I’m fairly disappointed in myself, too, since I know better than to go into divination assuming that the answer I want is an inevitability. But in a way, I’m gratified that the Spirits proactively hid the coin from me, because it forced me to really look at what the cards had to say, and accept that there was more than enough information in their message.

See? said the Gateway. The path is much easier to follow when we pay more attention to what we need to see than what we want to see. So now you can move forward with clearer eyes. You’re welcome.

I wanted to tell Tybalt what happened with the coin, but I knew he would be disgruntled about the approach I took. So when I saw him over Thanksgiving, I was like, “Hey, I’ve got a story for you, but you’re going to yell at me, so save it until I finish, okay?”

“Okay…” he replied, bracing himself against whatever inanity was about to come out of my mouth.

And then I told him about the Spirits taking the coin away until I was ready to use it properly, and he stared at me like this:

He did end up fussing at me a wee bit, but he did so with love. And frankly, I deserved it, and I promised I’d do a good cleansing and reconsecration on the coin before employing it again.

And the coin will definitely be employed again. And so will I. The Deer card crossing my present encourages me not to weigh myself down with fear or worry, and I am doing my best to keep that in mind. Because what I may want right now is a decent job that doesn’t suck my will to live, but what I need is more important.

What I need is to remember that all really will be fine in the end.

November 29, 2021 The New Old Religion (or, the Witchcraft of Dorian Gray)
Browse Our Archives
get the latest updates from
Fivefold Law
and the Patheos
Pagan
Channel
POPULAR AT PATHEOS Pagan
1

Watch Hilda not Sabrina if You...
Dandelionlady
Related posts from Fivefold Law 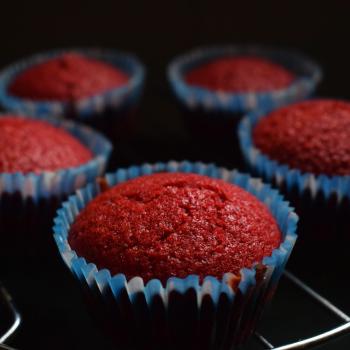 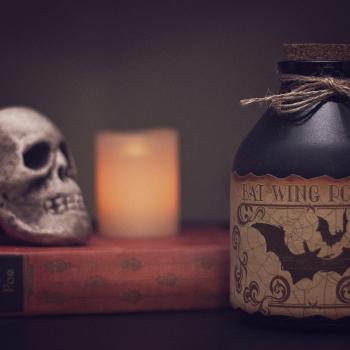 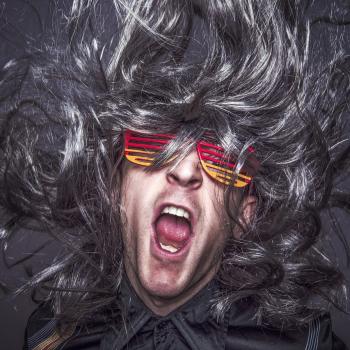 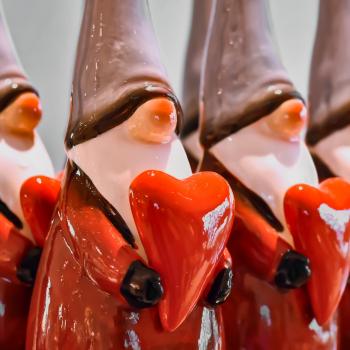 Pagan
Commemorating a Year of the Fivefold Law (Or,...
Fivefold Law
TRENDING AT PATHEOS Pagan