I volunteered for Pennsylvania State Representative Rick Mirabito’s re-election campaign this year and while making calls I heard a few people refer to themselves as Physical Conservatives and the impending Physical Cliff that we are all about to go over. I understood that they meant Fiscal Conservative and Fiscal Cliff, but it made me think about the environmental issues impacting our children’s health, specifically in Pennsylvania. Our children are heading over a Physical cliff, so why aren’t we discussing it? 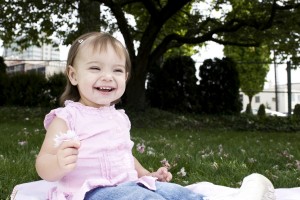 In a letter to the President the panel states; “The Panel was particularly concerned to find that the true burden of environmentally induced cancer has been grossly underestimated. With nearly 80,000 chemicals on the market in the United States, many of which are used by millions of Americans in their daily lives and are un- or understudied and largely unregulated, exposure to potential environmental carcinogens is widespread.”

The President’s Cancer Panel closes their letter to the President by simply stating; “The American people—even before they are born—are bombarded continually with myriad combinations of these dangerous exposures. The Panel urges you most strongly to use the power of your office to remove the carcinogens and other toxins from our food, water, and air that needlessly increase health care costs, cripple our Nation’s productivity, and devastate American lives.”

“The incidence of some cancers, including some most common among children, is increasing for unexplained reasons.

Public and governmental awareness of environmental influences on cancer risk and other health issues has increased substantially in recent years as scientific and health care communities, policymakers, and individuals strive to understand and ameliorate the causes and toll of human disease. A growing body of research documents myriad established and suspected environmental factors linked to genetic, immune, and endocrine dysfunction that can lead to cancer and other diseases.”

The Panel points out; “People from disadvantaged populations are more likely to be employed in occupations with higher levels of exposure (e.g., mining, construction, manufacturing, agriculture, certain service sector occupations) and to live in more highly contaminated communities. The reality of this unequal burden is not just a health issue, but an issue of environmental justice.”

Let’s take a quick look at just a couple of environmental toxins that impact our born and unborn children’s health through multiple routes of exposure via our homes, air, water, food and soil.

Health problems that may result from the contaminants found in fish range from small changes in health that are hard to detect to birth defects and cancer. Mothers who eat highly contaminated fish for many years before becoming pregnant may have children who are slower to develop and learn. The meal advice in this advisory is intended to protect children from these potential developmental problems.”

Pennsylvania’s mercury emissions are second in the nation.

Methylmercury is particularly damaging to developing embryos, which are five to ten times more sensitive than adults. The impacts of Environmental toxins on our born and unborn children’s health is a Pro-Whole Life issue.

Mercury is a potent neurotoxin that can affect the way that children think, talk, walk and play.

Pennsylvania doesn’t have a Mercury rule because it was declared unconstitutional by the state Supreme Court in 2009.

And yet, Article I, section 27 of the Pennsylvania Constitution provides as follows:

Natural Resources and the Public Estate

“The people have a right to clean air, pure water, and to the preservation of the natural, scenic, historic and esthetic values of the environment. Pennsylvania’s public natural resources are the common property of all the people, including generations yet to come. As trustee of these resources, the Commonwealth shall conserve and maintain them for the benefit of all the people.”

From the American Academy of Pediatrics: Pesticide Exposure in Children

“This statement presents the position of the American Academy of Pediatrics on pesticides. Pesticides are a collective term for chemicals intended to kill unwanted insects, plants, molds, and rodents. Children encounter pesticides daily and have unique susceptibilities to their potential toxicity.”

“Children encounter pesticides daily in air, food, dust, and soil and on surfaces through home and public lawn or garden application, household insecticide use, application to pets, and agricultural product residues.”

“The evidence base is most robust for associations to pediatric cancer and adverse neurodevelopment. Multiple case-control studies and evidence reviews support a role for insecticides in risk of brain tumors and acute lymphocytic leukemia. Prospective contemporary birth cohort studies in the United States link early-life exposure to organophosphate insecticides with reductions in IQ and abnormal behaviors associated with attention-deficit/hyperactivity disorder and autism.”

A Generation in Jeopardy: How Pesticides are undermining our children’s health and intelligence:

Compelling evidence now links pesticide exposures with harms to the structure and functioning of the brain and nervous system. Neurotoxic pesticides are clearly implicated as contributors to the rising rates of attention deficit/hyperactivity disorder, autism, widespread declines in IQ and other measures of cognitive function.

• Pesticide exposure contributes to a number of increasingly common health outcomes for children, including cancer, birth defects and early puberty. Evidence of links to certain childhood cancers is particularly strong.

• Emerging science suggests that pesticides may be important contributors to the current epidemic of childhood asthma, obesity and diabetes.

On the Federal level–At what point will toxic trespasses on our children’s bodies be declared unconstitutional? After all, according to our Declaration of Independence, haven’t our children been endowed by their Creator with certain unalienable Rights, that among these are Life, Liberty and the pursuit of Happiness?

When did we decide that protecting the profits of multi-national/multi-billion dollar Corporations should supersede protecting the sanctity and dignity of human life?

When did we decide that debt burdens are more important than disease burdens?  Shouldn’t we be addressing both issues?

When did we decide that protecting profit margins is more important than investing in the necessary infrastructure for prevention of health issues in our children?

If you put the cart before the horse, the cart doesn’t move, right? That’s exactly what we’re doing.

If we’re going to determine the importance of protecting our born and unborn children’s health in dollar and cents: On May 4, 2011 the Mount Sinai School of Medicine researchers revealed the estimated costs on Environmentally-Induced Childhood Disease at $76.6 Billion.

It’s time for us to protect our most valuable and vulnerable citizens, our born and unborn children. The value of their lives can’t be measured in dollars and cents. I suggest that anyone that believes in deregulation should ask an infertile couple or any Mother that has suffered multiple miscarriages, has a child or children with life altering, life threatening or life ending diseases which legacy they would like to leave for their children and future generations—health or wealth and why should we have to choose between the two?

We need to approach environmental toxins triggering the health issues facing our children today and in the future from a Whole Life perspective.  We shouldn’t be choosing between leaving a legacy of health or wealth for our children. Our children are heading over the Physical Cliff and we have a moral obligation to protect them–the time is now.

I believe we can leave a legacy of fiscal and physical stability for our children and future generations—if we work together.

Kristen Hayes is the Founder of PSALM- Protecting the Sanctity of ALL Life Movement, a Children’s Environmental Health Advocate and part of a group of Christians from the Evangelical and Catholic tradition that developed “The Joint Declaration on Life”.

December 3, 2012
Why Creation Care Means Sharing the Gospel
Next Post

December 9, 2012 Christmas Seals & Potential
Recent Comments
0 | Leave a Comment
"The linked web address in this article is wrong. Two Rivers Native American Training Center ..."
Letha Stovall Healing the Land
"It won't take a huge 8 degree shift to cause serious harm to hundreds of ..."
Grotoff This Republican Agrees with President Obama ..."
"Cynically I'd observe that there are those who profit from the division. It wasn't that ..."
Bill This Republican Agrees with President Obama ..."
"My land isn't all the way healed from agricultural rape, but salvation is in progress.And ..."
Guest Genesis 9: The Forgotten Covenant
Browse Our Archives
get the latest from
Evangelical
Sign up for our newsletter
POPULAR AT PATHEOS Evangelical
1

What Freddie de Boer’s “The Cult of Smart”...
For a large and growing swath of Americans, “meritocracy” is now a...
view all Evangelical blogs
What Are Your Thoughts?leave a comment
Copyright 2008-2020, Patheos. All rights reserved.