The Miracle of Enough

My pastor recently taught on the story of a wedding at Cana in John 2:1-11—a little event that would probably have gone unrecorded had it not been where Jesus performed his first public miracle, turning water into wine.

This was a puzzling choice, perhaps, for a first miracle. It was much less flashy than, say, giving sight to the blind. And, at first glance, it seems so much less important. Sure, the hosts were sort of panicked, but resurrecting a party isn’t exactly on par with giving life back to a young girl or setting free the oppressed, is it?

They say first impressions matter, though, so what would this coming-out miracle have revealed about Jesus? What did it reveal about his love? About the kingdom of God?

The Scripture passage says there were six stone jars, each with the capacity to hold 20 to 30 gallons of water.  We don’t know exactly how many guests were at this wedding, but surely 120 to 180 gallons of wine would have been more than enough to finish out a nuptial celebration.

I’m sure there is much more to say about this water-into-wine event, but I’ve held onto an observation my pastor made that is both simple and beautiful: God’s kingdom is one of abundance. 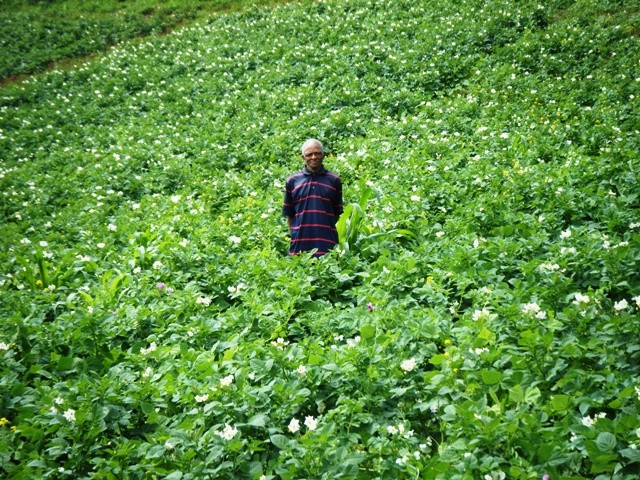 And yet, it’s sometimes hard to line up this picture of abundance with what we know of the world.

There are 925 million seriously hungry people in our world. People who dream and people who love. People who are children and grandchildren, mothers and fathers, brothers and sisters, neighbors and friends. People who clearly don’t have enough.

And yet, there is the promise of a Kingdom of Enough. 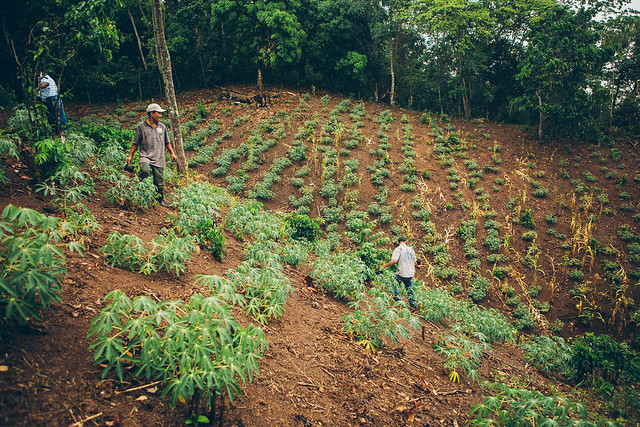 Plant With Purpose works for the transformation of poor, rural farming families by turning scarcity into enough.  Enough food on the table. Enough nutrition for children. Enough income to send those children to school. Enough opportunity for a better tomorrow. Enough hope to hold onto.

The Irish talk about “thin places”—where the distance between heaven and earth collapses and the two meet. Those places where the miraculous seeps into the mundane.

I’m thinking some of those thin places are ethereal and breathtaking—the kind of spots you’d want to capture in photographs and post on Amazing Things in the World. But some of the most beautiful thin places are simply meager plots of land in tiny communities far, far off the beaten path. Places where the hard, back-breaking work of women and men is turning into more food for their families. Places where land is being restored and hope is being renewed. Places where parents are making the most of their opportunities so that their children can make the most of their futures. Places where communities are celebrating the miracle of enough.

Beth Luthye is a grant writer with Plant With Purpose. Re-posted with permission.

March 1, 2013
Young Evangelicals Speak Out On Climate Change
Next Post

March 6, 2013 A Conversation with Matthew Sleeth
Recent Comments
0 | Leave a Comment
"The linked web address in this article is wrong. Two Rivers Native American Training Center ..."
Letha Stovall Healing the Land
"It won't take a huge 8 degree shift to cause serious harm to hundreds of ..."
Grotoff This Republican Agrees with President Obama ..."
"Cynically I'd observe that there are those who profit from the division. It wasn't that ..."
Bill This Republican Agrees with President Obama ..."
"My land isn't all the way healed from agricultural rape, but salvation is in progress.And ..."
Guest Genesis 9: The Forgotten Covenant
Browse Our Archives
get the latest from
Evangelical
Sign up for our newsletter
POPULAR AT PATHEOS Evangelical
1

The Real Reason Why Scandinavians Are...
Cranach
Related posts from The Earth is the Lord's

Evangelical
This Lent, Consider God's Creation
The Earth is the Lord's
TRENDING AT PATHEOS Evangelical