By Steve Fortenberry and David Moyar

In his ongoing attempts to rollback Ohio’s Energy Efficiency and Alternative Energy Portfolio Standard, state Sen. Bill Seitz of Cincinnati has called those who want to preserve the policies “envirosocialists,” and suggested that “liberty loving Ohioans” rise up and seek “judicial redress.”

How sad is it that name calling, rhetoric and legal threats have taken the place of democracy and constructive dialogue?

How unfortunate is it that politics and special interests have closed the eyes and deafened the ears of some to the real reasons why we need to reduce our unhealthy and unsustainable dependence on dirty energy?

We are a pastor and a business owner, both with deep Ohio roots. Here are some of the commonsense reasons why we – and the majority of Ohioans – think our state should not become the nation’s first to repeal its clean energy standard:

*Ohioans breathe more toxic air pollution than residents of any state except Kentucky because of its preponderance of coal-fired power plants, according to EPA data from 2012. Mercury, hydrochloric acid and other toxics released by coal-fired power plants cause birth defects and brain damage in the unborn, and increase risks of asthma, respiratory infections and other health problems.

*Ohioans’ pocketbooks would be hard-hit by repealing the standard, by which 25 percent of all electricity sales by Ohio utilities would come from solar, wind or other renewable sources by 2025 (50 percent from wind and solar and 50 percent from other sources). Since the standard was passed, consumers have saved 1.4 percent on their energy bill and Ohio has seen increased investments in the energy sector, which stimulated GDP by $160 million in 2012 alone, according to Ohio State researchers. Repeal it, and Ohioans will pay nearly $4 billion more for power over the next 12 years, according to Ohio State.

*We have a moral obligation to reduce pollution from power plants. If we care at all about future generations, we must take steps today to be better stewards of what’s been given to us.

*Clean energy works for Ohio. Our state’s forward-thinking stance on clean energy has attracted more than 160 solar industry manufacturers and has made Ohio a leading supplier of wind turbine equipment. Last year, nearly 2,000 clean energy and clean transportation jobs were announced in the state, according to the nonpartisan, nonprofit business group Environmental Entrepreneurs (E2). Ohio would lose more than 6,500 jobs in the renewable and energy efficiency sectors if the clean energy standard is repealed, according to Ohio State.

Ohio’s clean energy standard was approved by a bipartisan group of lawmakers – including Sen. Seitz – in 2008. They’ve worked well since then, helping to level the playing field and giving alternative energy companies a chance to compete against coal-powered utilities and giving us more freedom of choice for the electricity we need.

The standard worked so well, in fact, that fossil fuel industry backed groups like the American Legislative Exchange Council (ALEC) – of which Sen. Seitz is a board member – now want to repeal it in Ohio and other states across the country.

Doing so won’t help Ohioans, it will hurt Ohioans.

In addition to killing jobs and raising prices, repealing the standard will effectively give big utilities a free pass on reducing the pollution they spew into our air – at the expense of us, our children and our businesses.

Collectively, we need to raise our voices and let our lawmakers know this as businesspeople, as clergy members, as parents, as Ohioans.

Rev. Steve Fortenberry is a Presbyterian pastor and founder of Goodness Grows. He lives and ministers in North Lima, OH and a Creation Care Champion of The Evangelical Environmental Network.

David Moyar is CEO of Cleveland-based MEI Hotels Inc. and a member of Environmental Entrepreneurs (E2).

December 20, 2013 Advent in Malawi
Recent Comments
0 | Leave a Comment
"The linked web address in this article is wrong. Two Rivers Native American Training Center ..."
Letha Stovall Healing the Land
"It won't take a huge 8 degree shift to cause serious harm to hundreds of ..."
Grotoff This Republican Agrees with President Obama ..."
"Cynically I'd observe that there are those who profit from the division. It wasn't that ..."
Bill This Republican Agrees with President Obama ..."
"My land isn't all the way healed from agricultural rape, but salvation is in progress.And ..."
Guest Genesis 9: The Forgotten Covenant
Browse Our Archives
get the latest from
Evangelical
Sign up for our newsletter
POPULAR AT PATHEOS Evangelical
1

Mark of the Beast? Microchips to...
Hedgerow
Related posts from The Earth is the Lord's 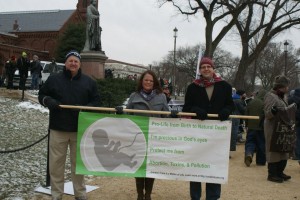