No, God Isn’t Like Some Stephen King Character We’re Supposed to Fear 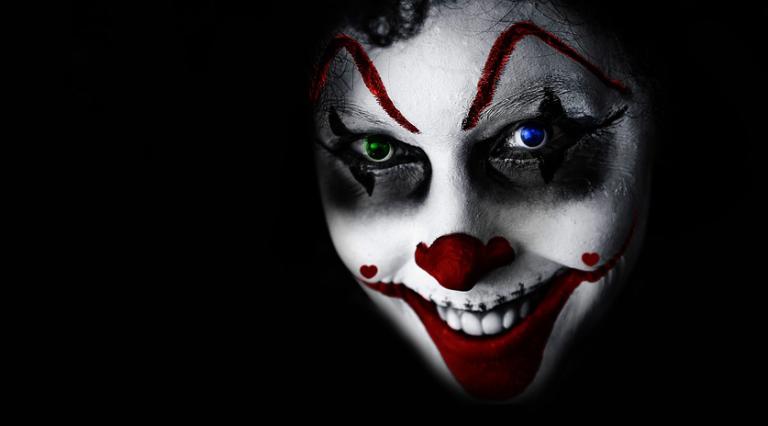 Are we supposed to fear God? And if we did, would that be a good thing?

I’ve already tried that out, as over the years my view of God left little separation between him and an evil clown from a Stephen King movie.

In fact, my fear of God began the day I was introduced to him as a kid. I was the depraved sinner who was so bad inside that I had earned an eternity of torment– even though the brain that governs my decision making hadn’t finished developing yet. And not only had I already earned an eternity in the flames of hell– but my “loving” Heavenly Father was prepared to toss me into the lake of fire himself.

Of course, it gets worse. Being tossed into a lake of molten lava wouldn’t even kill me– the punishment the seven-year-old version of me had earned was so severe, that I would actually live forever and ever and ever, being tortured and burned alive in the flames of God’s hell.

Combine that with the fact that the Bible seems to repeatedly describe having “fear” of God as a good thing, I bought into the narrative hook, line, and sinker.

I had deep fear of God and supposedly, that was the “beginning of all wisdom.” However, instead of that fear being the beginning of wisdom it actually marked the day that functionally ended the very thing I was taught I had been created for: to have a relationship with God.

Let’s be honest: How does one have a “relationship” with someone so frightening that they might as well have come out of a Stephen King novel?

I really have no idea how it’s done. I’m not interested in even reading a book or watching a movie where the main character deliberately tortures and hurts people, let alone attempt to have some sort of relationship in real-life with someone like that. Even were one to attempt to have a relationship with someone who is willing to torture and hurt others, I don’t see how it could be a genuine or authentic relationship unless they too, took pleasure in the intentional torment of others.

Growing up I was taught there was good news in this story: Jesus could save me from what his dad wanted to do to me, because he took a violent beating in my place and can now protect me from him. All things considered, I spent years of my life actually believing this good news was pretty good.

Yet, too many years of trying to live within that narrative brought me to a season where I thought my faith had completely collapsed. I *just* couldn’t do it anymore– I’d rather believe in nothing than believe in an all-powerful being who’d dangle me over a fiery pit. More than that, I could no longer pretend that any such being was actually “loving” at all.

I suppose the biggest irony of my spiritual journey as a Christian is this: I was taught that Jesus could save me from a violent, angry God– and in the end, he actually did.

You see, when my faith collapsed I decided to start over and rebuild a Christian faith that was centered upon Jesus.

And when I did?

The only way to see what God is like, is to look at what Jesus is like.

It is God who trades up the opportunity to spend his time with the religiously pure, opting instead to recline at the table with messy people like me.

It is God who storms the halls of exclusive religion, who is busy disrupting the peace of those comfortably inside, and who clears a space for the outsiders.

It is God who stands with the condemned, boldly telling the crowd to put their stones down.

It is God who turns to them– turns to us– and says, “Neither do I condemn you.”

It is God who came and who so desperately wanted us to finally see what he is truly like, that he allowed himself to be raised high in the air on a hill outside Jerusalem for all to see.

It is God who refuses to be slandered by humanity in our descriptions of him, as if he’s some Stephen King character we’re supposed to fear.

It is God who exposed the vicious lie that we should fear him in the most dramatic plot-twist of all time– because it was God who refused to retaliate when we mocked him, spat upon him, pierced his body, and left him to die.

One must not miss the irony of the climactic moment when God’s true character was revealed to humanity: instead of inflicting upon us torture and torment, he let us do it to him.

Even in that moment when his blood dripped and his body writhed in agony– a moment that would provoke rage and anger and hate in anyone– he looked upon the faces of those who did it, and forgave them.

Because of this, I stand in awe of God but I no longer stand fearful of him. I have chosen to believe Jesus when he whispers to his disciples and says, “When you see what I am like, that is the moment when you’ll finally see what God is like.”

No, God isn’t like some Stephen King character we’re supposed to fear– he’s gone to great lengths to show us that.

Today, my eyes are finally opened– it’s as if for the first time I see what God is like, because I finally see what Jesus is like.

And seeing what God is really like has led me to have something I’ve never experienced before:

A vibrant faith that is finally Unafraid. 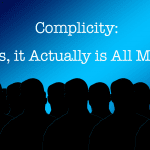 October 17, 2017
Complicity: Yes, it Actually is "All Men" & Our First Step Should Be Admitting That
Next Post 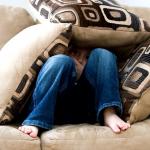 'Prayer in schools' is almost never...
slacktivist
Books by This Author Books by Benjamin L. Corey 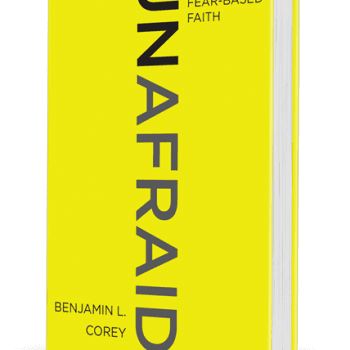 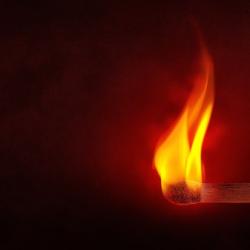 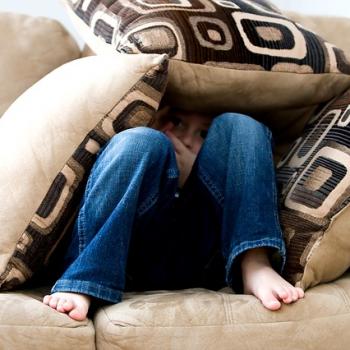