Some Problems I Have With Penal Substitution Theology of Atonement 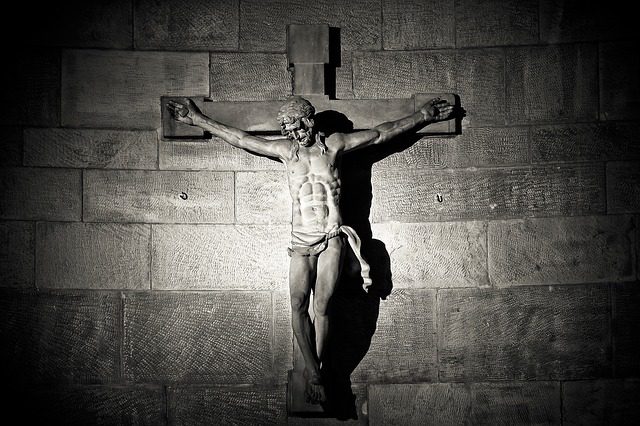 If penal substitution is true, God is not unlike other ancient, blood-thirsty god.

In church we often sing worship songs with themes and phrases that say, “there is none like you!” I believe those songs are beautiful, because it’s true– there is no God like our God.

But if penal substitution is true, God isn’t unique at all– God would be just like every other ancient god who had a thirst for blood. I mean, how is a god who needs a virgin thrown into the volcano any different than a god who needs a bloody human sacrifice on a cross? Both gods would functionally be the same.

Thus, if penal substitution is true, all those things we sing about God’s holiness and uniqueness are completely false.

If penal substitution is true, God is a slave to his own anger.

One of the key, historic Christian beliefs, is the belief in God’s omnipotence– but if penal substitution is true, God is not all powerful and neither is he free. Instead, God is constrained by his wrath, unable to freely forgive those who have wronged him or misunderstood him without first getting his pound of flesh in.

Defenders of penal substitution will often say things like, “God cannot allow sin to go unpunished” or, “God cannot forgive without a payment.” These statements however, indicate a belief that God is limited and powerless over his own anger. It would be a divine case of the tail wagging the dog, and I have an issue with God being a slave to that.

If penal substitution is true, God cannot or will not do what he asks us to do: freely forgive.

Here’s a question: if penal substitution is true, wouldn’t that make God a hypocrite? After all, it would mean God either cannot or will not do the very thing he asks us to do: forgive without demanding something on the part of the one who offended us.

Jesus tells us we are to forgive over and over again. He tells us that we should be loving toward our enemies to emulate God who is “kind to the ungrateful and wicked.” He tells us we should walk the extra mile, turn the other cheek, and to freely give without expecting in return.

However, if God demanded a blood sacrifice and was unwilling or unable to extend forgiveness without it, God himself is unwilling to follow the teachings of Jesus. Furthermore, it would mean Jesus was wrong about God when he claimed that God was kind to the ungrateful and wicked.

“If God the father needs someone to “pay the price” for sin, does the Father ever really forgive anyone? Think about it. If you owe me a hundred dollars and I hold you to it unless someone pays me the owed sum, did I really forgive your debt? It seems not, especially since the very concept of forgiveness is about releasing a debt — not collecting it from someone else.”

If penal substitution is true, the atonement lacks true justice.

I affirm that Jesus, in some way that perhaps will never be fully understood, served as our substitute. However, where this breaks down is when you add the penal part of it all. How is penal substitution just? How does it even work?

For example, if someone robs a bank, how is justice served if an innocent person serves their prison term for them? Is not justice about more than punishment? Is not justice making sure those who have been wronged are made right, that the offender is rehabilitated and restored to life as God intended? If an innocent person serves the prison term while the offender is free to continue to harm others and harm him or herself, how is that justice? Wouldn’t such a scenario make the world more broken and unjust, instead of less?

If guilt and innocence can be so easily transferred, does not justice become deeply impersonal, lacking actual concern for the welfare and restoration of the parties involved? If this system of transferring guilt and innocence is so valid, why do we not use it in justice systems today?

If penal substitution is true, God’s primary method of resolving problems is the use of violence.

At the heart of penal substitution is the belief that God had to punish someone– that violence was the only solution to fallen humanity. This, of course, is highly problematic.

Yet, penal substitution would divide them– they would not be one in essence, or in full harmony and agreement.

Jesus taught that we are to not use violence against our enemies– that violence is off limits, and that a commitment to nonviolent enemy love is a requirement of becoming a child of God. Time and time again, when Jesus was confronted with the option of using violence to either punish sin or solve problems, he rejected it and taught us a new way.

Jesus thwarted a public execution. He rebuked his best friend for using violence in self defense. Even at his trial he argued that the hallmark of his kingdom is the refusal to use violence to solve problems.

If penal substitution is true, God the father and Jesus the son radically disagree on the use of violence to punish and solve problems– one sees it the only way, and one sees it as the only option that needs to be immediately taken off the table. Thus, in my mind, penal substitution is at odds with orthodox trinitarian theology because Jesus and the father would not be one in essence and agreement.

I grew up believing in penal substitution, and it was to be unquestioned. No one told me it was a new theology, born largely out of the reformation, and often articulated by European theologians who had previously been lawyers– making sense of the fact they’d understand the cross by way of strict legal terms.

The reality is, penal substitution has a lot of problems– and thankfully, more and more Christians are recognizing that. 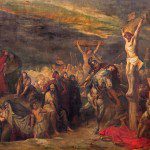 Progressive Christian
The Cross Is... (Philosophical Reflections on Calvary)
The Official Blog of Benjamin L. Corey 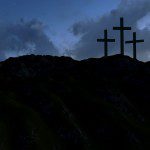