We often hear that fasting in Ramadan makes us understand the plight of the poor better as going hungry for a month gives us an insight into what it is like to go hungry. And indeed, the experience of hunger day after day over the course of a month does spur many Muslims to action, whether it be sending charity to neighborhoods or countries where poverty runs deep, volunteering in a soup kitchen here in the States, or contributing to a canned food drive at the mosque.

I applaud these efforts, for surely we must act to alleviate hunger and mitigate the effects of poverty.  The exhortation to give in charity is repeated over 50 times in the Qur’an, and the Prophet Muhammad taught us that,”Charity is prescribed for each descendant of Adam every day the sun rises.”

At the same time, we must also work to alleviate the causes of hunger and poverty in addition to addressing the immediate needs of the poor. Anas ibn-Malek tells us of a poor man who came to ask for charity, and the Prophet asked him what extra things he had in his house, to which the man replied that he had a some cloth. The Prophet helped him sell the cloth for two dirhams, one of which was used for food and the other of which was used to purchase an ax. The man then became a woodcutter and was able to provide for his family thereafter. It was better, the Prophet said, to help the man become self-sufficient than to simply give him some food. The prophet’s example shows that feeding the poor is not enough, we must also seek the means by which they can escape poverty.

In today’s world,  tackling the causes of poverty and hunger means many things: 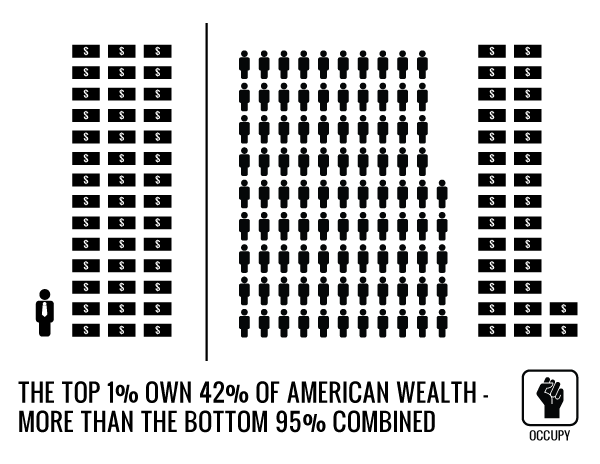 This is not an exhaustive list, but a step toward understanding the personal, communal and societal work needed to eradicate dire poverty and to restore balance to a world where wealth beyond comprehension is concentrated in the hands of so few and so many go every day without basic needs being met.

I hope that Muslims will be on the forefront of the work to end poverty. The Qur’an teaches us to establish a just world, to be champions of goodness, and to have compassion for the poor. Unfortunately, I see the same drive and competition for ever increasing levels of wealth and neglect for decency in economic practice  in many Muslim countries. Whether it be child labor and sweatshops  in Bangladesh, low wages and poor treatment of servants and imported laborers in the Gulf, or the obscene wealth of oil sheikhs and political figures, we have much cleaning to do in our own home. These problems– whether in the US or abroad — often seem (at least to me) too big, too overwhelming, and too far away for individuals to effect change.  Each day, I have to renew my energies and do what I can to make the world a better place for everyone. I hope you will join me!

Ashura: A Reminder of Imam Hussain's...
Ask A (Born Again) Muslim
Related posts from For the Love of God