The Personal Politics of Hijab 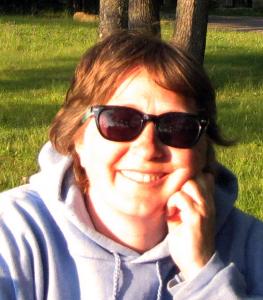 Several years ago I stopped wearing a headscarf after some 25 years of observing hijab. Recently, I have been thinking I may need to start wearing it again. Not because of religious belief — I long ago decided that the scholars who maintain the Qur’an mandates a headscarf for all women are wrong — but because wearing one is not only a gesture of solidarity with my sisters, it also provides me with the means to challenge anti-Muslim bigotry in ways that I can’t as a non-hijabi. With the announcement that Trump has fired Rex Tillerson and is planning to replace him with Mike Pompeo, who is known for his anti-Islam and anti-Muslim views, it’s clear we all need to do as much as we possibly can to address the growing bigotry in our country. Couple Pompeo’s anticipated new role as Secretary of State with the proposed appointment of Gina Haskel,who has a history of conducting torture investigations, as the next Director of the CIA, and that need doubles.

When I first embraced Islam, I quickly adopted hijab, believing it was a religious requirement. Hijab also aligned with my feminist sensibilities. I had grown up with catcalling and young men who couldn’t quite accept I really meant “not interested” when I said so. Hijab was the ultimate “not interested” and American men got it. The catcalling and dogged pursuit went away overnight. And boy did I relish my newfound control over how I was viewed and treated! Score one for empowered womanhood!

Hijab also served an important role in connecting me to others in the American Muslim community, binding together through a shared tradition, and providing easy acceptance of me as a convert. It was like a key to a secret society. Women in scarves would smile or greet me in the grocery store. They started up conversations on the playground or while we waited at the bus stop. I loved being welcomed into the community and in turn, I adopted my new Muslim brothers and sisters as my own.

Equally important, hijab served as a doorway for busting stereotypes about Islam and Muslim women. A clearly non-subservient, highly educated and liberated white, female convert wearing hijab created a dissonance for many non-Muslim Americans I met and served as an opening for conversations about what Islam really teaches, especially about women. I engaged in interfaith dialogues and gave presentations at colleges and churches. I thrived on these discussions and the opportunity to challenge misconceptions and promote a more tolerant worldview.

Over the years, however, I grew more and more disenchanted with hijab. On the one hand, I came to believe that the Qur’an does not mandate all women wear a headscarf in public, and on the other I saw how hijab is used as a justification for the disenfranchisement of Muslim women, and as an excuse for rampant bad behavior by men. The first negated my belief in the religious requirement for the headscarf, and the second made me question its social value.

Reading the Qur’an, it is pretty clear that we are asked to cover our chests, not our heads:

And tell believing women that they should lower their glances, guard their private parts, and not display their charms beyond what is ordinary to reveal; they should use their “khimar” to cover their bosom” (24:31).

As anyone who has read up on the topic knows, there is endless debate about what the word khimar means. But it actually doesn’t matter what a khimar was. The verse simply doesn’t say, “cover your bosom and your head with your khimar.” Obviously, God could have said that if He/She/It had wanted to. That covering the head is left out is significant, not an accident on God’s part. Nor does God relegate important parts of Islamic law to hadith, as the Qur’an tells us:

Shall I seek other than God as a source of law, when He has revealed to you this book fully detailed? Those who received the scripture recognize that it has been revealed from your Lord, truthfully. You shall not harbor any doubt. (Quran 6:114)

The addition of hijab to the requirements of Islam are nothing more than imposition of the customs of a particular culture, the errors and biases of a generation of scholars, and the garments that made sense in a desert climate on the entire world.

At the same time as I was coming to that conclusion, I increasingly understood that the belief that headscarves are required by God coupled with the supposedly Qur’anic rationale that they are necessary because men can’t control their sexual impulses has led to the sexualization of women in every social setting, even inside her own home. As a result, women are segregated, disempowered and discriminated against, in families, mosques and Muslim communities worldwide. It became very clear to me that the de-sexualization of the public sphere that I had so enjoyed in my early years as a hijabi only occurs when wearing a scarf is a personal statement, not a religious requirement, nor a community wide phenomenon.

Even worse, it made me sick to think that the very same piece of cloth that empowered me to take charge of how men viewed me in American was used in the Muslim world to justify keeping women uneducated, financially dependent, and socially isolated. I was appalled that the Qur’an describes men who cannot control their desires as having a disease in their hearts (33:32) and yet the Muslim world posits that as the normal state of manhood, and then demands that women cover up and remain isolated from men to protect them from men’s depravity, to the extant that even when extended family is eating together in their own homes, they sit in different rooms.

To be sure, I knew this was a bastardization of the Qur’an and the intent behind injunctions to modesty, but it made me desperately, furiously frustrated that something which had been so liberating for me had been turned into an excuse for treating Muslim women as second-class citizens all over the world. Wearing a scarf began to feel like a betrayal of my beliefs and my egalitarian ideals.

Being True to Myself

It also began to feel like a false representation of myself to both the Muslim and non-Muslim community. I had the key to the secret society, and the other members trusted that I was on the same page as they were religiously, socially, and morally, but I was growing in a different direction. So too, non-Muslim acquaintances assumed I held similar values to those expressed by conservative Muslim establishments, or worse, ISIS.

Not only did I have no interest in presenting myself as something I wasn’t, I began to feel smothered. I needed to be who I was, openly and honestly. And I needed to be seen for who I was. But the real me was hidden away under layer upon layer of false assumption. Explaining all this, while also trying to defend Islam from its detractors became a burden rather than a joy. Indeed, my defense of Islam began to feel like apologetics more than myth busting.

So I stopped wearing hijab. It wasn’t easy, changing a habit that I’d cultivated for two and a half decades. But I felt it was the only honest choice at the time.

There were some immediate consequences. Many of my old compatriots looked at me as a fallen woman. My key to the secret society was revoked. Even if it hadn’t been, as a white woman in America without a headscarf, there was no way anyone could know I was Muslim, even though I still dress modestly. And that meant I lost a lot of opportunities to connect to the community and to challenge Islamophobia and anti-Muslim attitudes. I didn’t anticipate how much I would miss both.

Even when I am able to talk about Islam, I am often seen as not as genuinely Muslim as my brown sisters who didn’t wear hijab. I am a pseudo-convert in many people’s eyes, self-deluded into thinking I can claim the title “Muslim” when I am so far from the mainstream. (Although, with only 20% of American Muslims attending mosques, I may be a better representation of the mainstream Muslims than my more conservative, hijab wearing sisters.)

Equally complicated is the challenge of explaining the fundamentally pro-woman and peaceful nature of Islam and the distortions that misogynists and terrorists wreak upon it, while elucidating my critique of traditional interpretations and the havoc classical shari’ah has wrought upon our religion and our communities. Simple Islam is Peace, Muslims hate Terrorism, Islam Empowers Women messages just aren’t possible without descending into apologetics. But to present a nuanced and thorough discussion of my Islam, the Qur’an and its teachings, how I understand shari’ah and the classic scholars, and my critique of modern Muslim culture is far too much info in response to a Islamophobic comment I overhear or an anti-Muslim meme on facebook.

To Wear or Not to Wear

So, we come to the present, with Islamophobia at all time highs in this country. With a president who overtly threatens our community. With attacks on Muslims and mosques on the rise. I want, no, I need, to speak out, and I know that wearing hijab will give me many more opportunities to do so. I also want to stand in solidarity with my sisters who believe it is a requirement and as a result are on the front lines every day. But I don’t want to return to the days full of false assumptions and misrepresentation. That cannot be the solution.

I have a friend who wears a scarf on occasion. It gives her the opportunity to take the heat when she’s up to it, to challenge misconceptions on the days she has the mental energy to engage. And to have a break when she needs it. Also, because she only wears hijab part-time, anyone she associates with regularly can see she doesn’t think it’s a requirement and that she doesn’t buy into the whole structure of classical Islam that tends to go along with the hijab.

I’m thinking of trying that on for size.

February 27, 2018
Book Review: Toward a Qur'anic Understanding of the Divine
Next Post 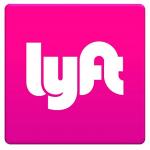 March 20, 2018 Systemic Racism and Personal Responsibility
Recent Comments
0 | Leave a Comment
Browse Our Archives
get the latest from
Muslim
Sign up for our newsletter
POPULAR AT PATHEOS Muslim
1

Believing in Muhammad's Prophecy is Essential...
Ask A (Born Again) Muslim
Related posts from For the Love of God