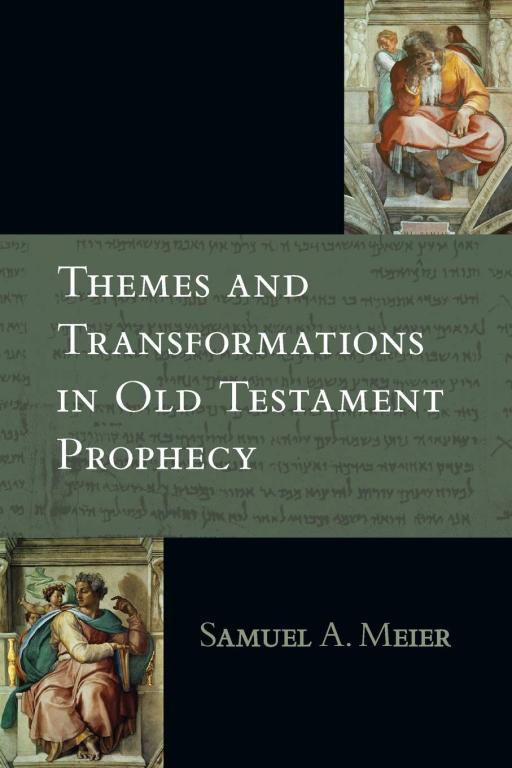 Themes and Transformations in Old Testament Prophecy by Samuel A. Meier
My rating: 4 of 5 stars

This is a worthwhile read, overall, with some flaws and caveats.

Meier presents some interesting observations in the development of prophetic word. Unfortunately he reads it as an evolution from a sort of open theism to a determinism in God’s plan.

Chapter 4 is fascinating. Meier shows that the latter prophets demonstrate far less insight into what God was revealing to them than the former. Jeremiah is able to discern the important point of a vision, but Zechariah throws his hands up in bewilderment. I am not sure what to make of it yet, but I surmise it is connected with the glory (and thus the Spirit) of the Lord leaving Israel at the exile.

The chapter on historical prophetic shift from poetry to prose is extremely interesting. Highly recommended reading. Meier proceeds to trace the development of the prophetic from an oral emphasis to a written one. While in both chapters I feel he slightly overstates his case and downplays exceptions, I believe he is successful in demonstrating these general developments as deriving from the texts.

Meier presents an excellent overview of the notion of prophets as king-makers in Israel’s history, and how the removal of the monarchy at exile transformed the role of prophet. He makes good connections between prophet as anointer of the king and John’s baptism of Jesus. These concepts are not new for me, but they are well presented here.

The prophet as embodiment of “the chariots of Israel and its horsemen” is a good observation, demonstrated in the prophet’s military advisory role to the king. This is predicated upon the reality that YHWH himself is the defense of Israel and the prophet as councilor has access to these forces. As noted with other aspects of the prophet, this recedes in post-exile.

The final chapter is the weakest. Meier attempts to demonstrate that the criteria for prophetic authenticity, and therefore reliability, was fluid and ambiguous, allowing for some “failed prophecies” in an authentic and otherwise reliable prophet. In order to show this he strains Deut 18:21-22 unnaturally, suggesting that it allows for some mistaken prophecies, and that it is the word of doom (rather than the prophet) that the people need not fear. This dovetails with his tendency for an open theistic reading of God’s decision making process with the former prophets. However, he entirely omits discussion Deut 18:20 just prior in which it is said that “the prophet who presumes to speak a word in my name that I have not commanded him to speak, or/and who speaks in the name of other gods, that same prophet shall die.”

Now, he would perhaps argue that this refers only to a prophet who prophesies in the name of another deity, but he does not bother to make the case. The argument would not be sound at any rate, since “speak a word in my name” stands in contrast to “in the name of other gods,” and the “presumption” of a word that does not come to pass in v.22 correlates to the presumption of the one who speaks a word not commanded in v.20.

Meier presents some progressions and transformation of prophetic themes that are undeniably in the text. He perhaps understates challenges to his own thesis at times, and I am not sure if I am convinced of how he describes what is happening in the divine council. But the patterns are evident, and demand some explanation. If not his, then some other.

December 14, 2021
Jesus the Bread of Life: Lukan Bookends
Next Post

Evangelical
Witness or Die: Notes on the Book of...
Four Faces

Evangelical
The Crown Above the Corona(virus)
Four Faces

From the Russian Empire to the Cold War,...
I recently reread a text that I already know well, but encountered...
view all Evangelical blogs
Copyright 2008-2021, Patheos. All rights reserved.
Close Ad