Rebecca Bratten Weiss (Catholic) is a part-time organic grower and part-time English literature professor living in Eastern Ohio with her husband and three children. Her background is Protestant and Jewish, though her family is Catholic now, and she says discovering Catholic feminism revitalized her faith. She blogs at Suspended In Her Jar.

Libby Anne (Atheist) is a twenty-something writer, mother, academic, and activist living in the Midwest. She grew up in a fundamentalist evangelical home, the oldest of a dozen homeschooled children. She blogs at Love, Joy, Feminism.

Samar Kaukab (Muslim) is executive director of Arete, a research accelerator at the University of Chicago, and writer and advisory board member at altMuslimah. Prior to joining the University, she served as the Executive Director of the Ohio Alliance to End Sexual Violence and as a Development Officer at the Interfaith Youth Core in Chicago.

Kerry Connelly (Protestant Christian) is the founder of DoveWriters, the Christian Writer’s Incubator. She works as a life coach with the company she founded called Vision to Mission and blogs at Jerseygirl, Jesus in the Patheos Progressive Christian Channel.

The Mix
Am I Still a Feminist If I Worked...
Four Feminisms 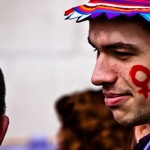 The Mix
The Importance of Feminist Men
Four Feminisms 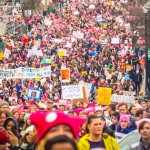 The Mix
'This is What a Real Culture of Life...
Four Feminisms
Copyright 2008-2021, Patheos. All rights reserved.