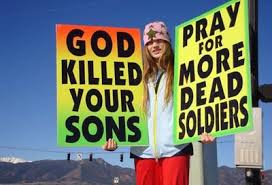 The act of leaving Westboro is as weird as the church itself. Sometimes it’s described as a shunning process, but that’s not entirely apt. It is, in the eyes of the remaining members, a sort of death… Phelps granddaughter Megan didn’t leave alone; her sister Grace decided to go with her. They stayed just one night in Topeka. Then, after returning to their family home to retrieve some things they’d not packed the night before—“it was so weird and horrible to ring the doorbell,” Megan says—they left town. Read the REST HERE 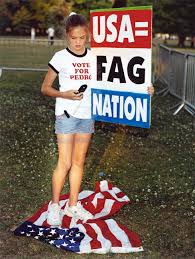 February 8, 2013
Progressive Christianity Is As Broken As Evangelicalism: Here’s How to Fix It
Next Post

February 13, 2013 Kiss Original Sin Goodbye (For FREE One Day Only)
Recent Comments
0 | Leave a Comment
Browse Our Archives
Follow Us!

Embrace Your Magic
Below are 4 Tarot Cards. The backs are all the same, but by...
view all News and Politics blogs
What Are Your Thoughts?leave a comment
Copyright 2008-2017, Patheos. All rights reserved.