Many Republicans claim to be  believers in Jesus. On the evidence they hate Him.

Who are the “Reconstructionists”? More on that in a moment.

But first lets look at what their extremist Calvinism has done to the Republican Party.

I’ll be on HuffPost LIVE today at 11 AM EST talking about this article by Bob Burnett (Berkeley writer, retired Silicon Valley executive) who  writes:

“Beginning in the ’50s, Christianity began to infiltrate American politics — in 1954 the phrase “under God” was added to the pledge of allegiance. Thirty years later, during the Reagan presidency, Republicans rebranded as the “Christian Party” and labeled Democrats the Party of secular socialism.

The election of George W. Bush heralded a second wave of Republican religiosity. Dubya emphasized his fundamentalist credentials and his decision “to commit my heart to Jesus Christ.” During the 2000 presidential campaign, Bush was asked what “political philosopher or thinker” he identified with most and responded, “Christ, because he changed my heart.”

But after 9/11, Bush’s heart hardened. Dubya began to speak of the war on terror as a “crusade.” On June of 2003, in a conversation with Palestinian leaders , the President said, “I’m driven with a mission from God. God would tell me, ‘George, go and fight those terrorists in Afghanistan.’ And I did, and then God would tell me, ‘George go and end the tyranny in Iraq,’ and I did.”

Dubya’s messianic slant on Christianity tailored his image as commander-in-chief but had little impact on domestic policy. Evangelical minister Jim Wallis recalled a February 1, 2002, conversation where he told President Bush:

In the State of the Union address a few days before, you said that unless we devote all our energies, our focus, our resources on this war on terrorism, we’re going to lose… Mr. President, if we don’t devote our energy, our focus and our time on also overcoming global poverty and desperation, we will lose not only the war on poverty, but we’ll lose the war on terrorism.

Dubya flashed a bewildered smile and walked away. Wallis observed:

When I was first with Bush in Austin, what I saw was a self-help Methodist, very open, seeking… What I started to see at this point was the man that would emerge over the next year — a messianic American Calvinist.Indeed, many describe the Republican political faith as “American Calvinism.” It borrows several notions from the sixteenth century French theologian: the Bible is infallible; the “law” is driven by the Ten Commandments, rather than the teachings of Jesus; humans are totally depraved; and God has predestined who will be saved.

Despite its austere nature, Calvinism strongly influenced the original American settlers — many of who were Presbyterians. One historian noted, “in England and America the great struggles for civil and religious liberty were nursed in Calvinism, inspired by Calvinism, and carried out largely by men who were Calvinists.”

During the ’80s American Calvinism morphed into a conservative political ideology with the formation of the Christian Right. James Dobson, Jerry Falwell, Ralph Reed, Pat Robertson, and others preached on political subjects and touted conservative “Christian” candidates.

In Republican hands, contemporary Calvinism has had two thrusts. It fomented the culture wars and accused Democrats, and non-believers, of advocating “sixties values” that would destroy home and community. The Christian Right was against abortion, same-sex marriage, the teaching of evolution, and the separation of church and state; they were for homeschooling, limited Federal government, and Reaganomics.

The second Calvinist thrust promoted capitalism. In his classic, The Protestant Ethic and the Spirit of Capitalism, German sociologist Max Weber observed that not only did the protestant work ethic promote capitalism but also worldly success became a measure of the likelihood of one’s salvation. “He who has the most toys, wins.”

Given the strong influence of Calvinism on Republican politics, it’s not surprising the GOP favors the rich, opposes new taxes, and continues to support Reaganomics with its myths of “trickle down economics” and “self-regulating markets.”

Nonetheless, American Calvinism has become so extreme that it no longer deserves to be called Christianity.

Jesus’ first commandment was to love God. But his other teachings are about loving those around us. His second commandment was “love thy neighbor as thyself.” Jesus amplified this in his Sermon on the Mount: blessed are the poor in spirit, those who mourn, the meek, those who hunger and thirst for righteousness, the merciful, the pure in heart, the peacemakers, and those who are persecuted for righteousness’ sake.

Republican policy no longer represents the teachings of Jesus. The GOP favors the rich and ignores the poor, disadvantaged, sick, elderly, long-term unemployed, and other unfortunates. Republicans may be religious, but they’re not Christians.” 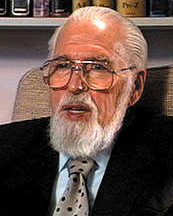 The Reconstructionist worldview is ultra Calvinist but like all Calvinism[1] has its origins in ancient Israel/Palestine, when vengeful and ignorant tribal lore was written down by frightened men (the nastier authors of the Bible) trying to defend their prerogatives to bully women, murder rival tribes and steal land. To justify their brutality they said that God made them do it and/or that they were “chosen.” In its modern American incarnation, which hardened into a twentieth century movement in the 1960s and became widespread in the 1970s, Reconstructionism was propagated by people I knew personally and worked with closely when I too was both a Jesus Victim and Jesus Predator claiming God’s special favor.

To understand what has driven the evangelicals to the far right you have to understand Reconstructionism, also called Theonomism, [3] seeks to reconstruct “our fallen society.”  Most Republicans and even most evangelicals (let alone right wing Catholics) have never heard of the Reconstructionists but their influence has rotted out the entire Republican Party by slow motion osmosis from a few leaders.

Its worldview is best represented by the publications of the Chalcedon Foundation, which has been classified as an anti-gay hate group by the Southern Poverty Law Center. According to the Chalcedon Foundation website, the mission of the movement is to apply “the whole Word of God” to all aspects of human life: “It is not only our duty as individuals, families and churches to be Christian, but it is also the duty of the state, the school, the arts and sciences, law, economics, and every other sphere to be under Christ the King. Nothing is exempt from His dominion. We must live by His Word, not our own.”[4]

It’s no coincidence that the rise of the Islamic Brotherhoods (in Egypt and Syria) and the rise of Reconstructionism took place in more or less the same twentieth-century time frame—as modernism, science and “permissiveness” collided with a frightened conservatism rooted in religion.

The writings of people such as Muslim Brotherhood founder Hassan al-Banna and those of Rushdoony are virtually interchangeable when it comes to their goals of restoring The-God-Of-The-Bible to His “rightful place” as He presides over law and morals. The Brotherhood’s goal, as stated by al-Banna, is that Islam enjoins man to strive for “social justice.” With regard to women and gender al-Banna called for the segregation of male and female students, a separate curriculum for girls, the prohibition of dancing, and a campaign against “ostentation in dress and loose behavior.” Islamic governments must eventually be unified in a theocratic worldwide Caliphate. Or as Reconstructionist/Calvinist theologian David Chilton (sounding startlingly al-Banna-like) explained, “The Christian goal for the world is the universal development of Biblical theocratic republics.”

[1] Calvinism (also called the Reformed tradition, the Reformed faith, or Reformed theology) is a theological system. This branch of Christianity is named of the French reformer John Calvin. The system is the Five Points of Calvinism stressing the absolute sovereignty of God. The five points are: 1 God is able to save every person upon whom he has mercy and that his efforts are not frustrated by the unrighteousness or the inability of humans. 2 “Total depravity”: The doctrine of total depravity says that, as a consequence of the fall of man into sin, every person born into the world is enslaved to the service of sin.3 “Unconditional election”:  The doctrine of unconditional election says that God’s choice from eternity of those whom he will bring to himself. “Limited atonement”: Also called “particular redemption” or “definite atonement,” the doctrine of limited atonement asserts that Jesus’s substitutionary atonement was definite and certain in its design and accomplishment. This implies that only the sins of the elect were atoned for by Jesus’s death.4 “Irresistible grace”: The doctrine of irresistible grace says  that the saving grace of God is effectually applied to those whom he has determined to save (that is, the elect) and, in God’s timing, overcomes their resistance to obeying the call of the gospel.5 “Perseverance of the saints”: Perseverance (or preservation) of the saints. The doctrine asserts that since God is sovereign and his will cannot be frustrated by humans or anything else.

[2] North gained some notoriety for his prediction of a possible Y2K catastrophe before 2000.

[4] In presenting a theonomic view of biblical law, the Chalcedon Foundation is often referred to as promoting theocracy and dominionism.”   (See <www.chalcedon.edu/blog/blog.php>)

May 21, 2013 The Lie of Religious 'Victimhood' at the Root of Culture War
Recent Comments
0 | Leave a Comment
Browse Our Archives
get the latest from
News and Politics
Sign up for our newsletter
POPULAR AT PATHEOS News and Politics
1

Does U2's Bono Support Donald Trump?
Why I Still Talk to Jesus -- In Spite of Everything
2

Trump and the 'Left Behind' Evangelicals:...
Why I Still Talk to Jesus -- In Spite of Everything
3

Is Franklin Graham gay "but in...
Why I Still Talk to Jesus -- In Spite of Everything
4

Not Great But True
I began as all young artists do—working toward some imagined greatness that...
view all News and Politics blogs
What Are Your Thoughts?leave a comment
Copyright 2008-2020, Patheos. All rights reserved.