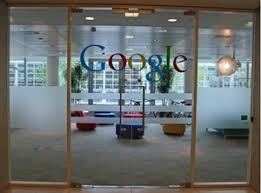 It’s amazing that there are naive people who worry about government intrusion into our privacy when we already gave away our civil rights to the billionaires in Silicon Valley. The NSA is taking note of our calls and emails, but anyone – me included! — who uses the internet and social media has already sold out our privacy rights to the trillion dollar multinational companies now dominating our lives and – literally – buying and selling us.

The NSA isn’t our biggest worry when it comes to who is using our calls, emails and records for purposes we didn’t intend. We are going to pay forever for trusting Google, Facebook. Microsoft, AOL and all the rest. They and the companies that follow them are the real threat to liberty and privacy.

The government may be wrong in how it is trying to protect us but at least it isn’t literally selling us. Google’s and Facebook’s et al highest purpose is to control our lives, what we buy, sell, like and do for money. Broken as our democracy is we citizens at least still have a voice and ultimately decide on who runs Congress. Google and company answer to no one. They see themselves as an elite and superior to everyone else.

In fact they are part of a business culture that sees itself not only above the law but believes it’s run by superior beings. Google even has its own bus line, closed to the public, so its “genius” employees don’t have to be bothered mingling with us regular folk. A top internet exec just ruined the America’s Cup race by making it so exclusive that so far only four groups have been able to sign up for the next race to be held in San Francisco because all but billionaires are now excluded because this internet genius changed the rules to favor his kind of elite.

Google and Facebook have done little-to-nothing to curb human trafficking pleading free speech as the reason their search engines and social networks have become the new slave ships “carrying” child rape victims to their new masters internationally. That’s just who and what these internet profiteers are.

Face it: the big tech companies aren’t run by nice people even if they do make it pleasant for their workers by letting them skateboard in the hallways and offering them free sushi. They aren’t smarter than anyone else, just lucky to be riding a new tech wave. That wave is cresting.

Lots of us lesser mortals are wondering just what we get from people storing all our private data. For a start we have a generation hooked on a mediated reality. They look at the world through a screen.

In other words these profiteers are selling reality back to us, packaged by them into entertainment. And they want to put a computer on every desk to make sure that no child ever develops an attention span long enough so that they might actually read a book or look up from whatever tech device they are holding. These are the billionaires determined to make real life so boring that you won’t be able to concentrate long enough pee without using an app that makes bodily functions more entertaining.

These guys are also the world’s biggest hypocrites. The New York Times published a story about how some of the top executives in Silicon Valley send their own children to a school that does not allow computers. In “A Silicon Valley School That Doesn’t Compute” (October 22, 2011) the Times revealed that the leaders who run the computer business demand a computer-free, hands-on approach to education for their own children.

As the article noted, the chief technology officer of eBay sends his children to a nine-classroom Waldorf school in Los Altos. So do top employees and owners of Silicon Valley giants like Google, Apple, Yahoo and Hewlett-Packard. Blackboards, not laptops are what the billionaire makers of laptops for other children demand for their own. These elite computer industry savvy parents want to delay their children’s engagement with technology. “The school’s chief teaching tools are anything but high-tech: pens and paper, knitting needles and, occasionally, mud, clay, walks in nature, books, books and more books. Not a computer to be found! No screens at all.” They are not allowed in the classroom, and the school frowns on their use at home and asks parents to comply.

As the Times noted, research suggests that schemes to expand home computer access will lead to wider gaps between test scores of advantaged (no computers) and disadvantaged (tech hooked) students. These conclusions were confirmed by a study in 2009 that found education was being disrupted by “technology obsession.”

Researchers at the Cranfield School of Management found that increased use of the internet and mobile phones were undermining pupils’ capacity for independent study and promoting poor grammar. Yet many mothers and fathers believe they are failing as parents if they’re unable to provide state-of-the-art computers and tech toys, pads, phones and the rest for sons and daughters.

Meanwhile many policy makers who have been lobbied by the tech plutocrats, like President Obama, say high tech is the best thing we can do for children. “But” as the Times noted, “the contrarian point of view can be found at the epicenter of the tech economy, where some parents and educators have a message: computers and schools don’t mix.”

When all the hype is stripped away the tech companies are as moral as the oil companies are and have our best interest at heart just like big tobacco does. They will sell our civil rights to the highest bidder. Just ask Chinese human rights workers about how our American companies like Microsoft are complicit with the regime there.

It is time to wake up America: The people making billions out of us because we use the internet are already a threat to privacy. The battle is already lost because we trusted these greedy oligarchs and think they are cool and we believed them and made them into rock stars. Our government is a side show when it comes to threats to privacy.

June 8, 2013 "The Last Shall Be First" Be Un-American For Jesus
Recent Comments
0 | Leave a Comment
Browse Our Archives
Follow Us!