I have an emotional and spiritual — not to mention personal — stake in the Wild Goose Festival. So it was with a great sense of relief that I looked out from the main stage last week and saw a crew from PBS covering our rain-soaked happy God-frolic in the woods at the same time as a crew from NPR was recording 3 programs there. 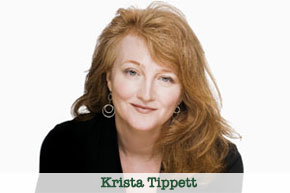 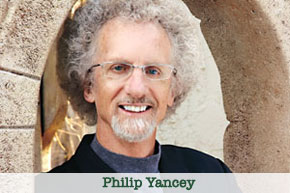 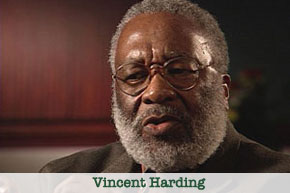 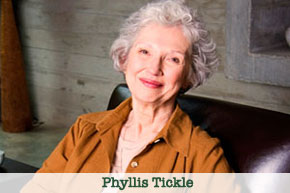 I’ve been part of the Wild Goose Festival since it started 3 years ago. As I said from the platform on the main stage this year, while asking people to donate, “it’s my other church.”

So the fact that we’d turned a corner and were on the media map so to speak was a very big moment for me. Media attention may be BS but it’s our American-way-of-life BS. And PBS and NPR are the sort of outfits Wild Goose needs and deserves attention from.

There are some things I just long to see work. I WANT, BEG, PLEAD for Wild Goose to succeed!

For once something I longed for seems to be happening. Since people won’t give to a group asking for money in order to just stay in existence media recognition is important. Wild Goose is “official” now. NPR and PBS know about us. Next year I plan on asking my friends on Huffington Post LIVE to do a LIVE discussion from The Goose.

Our festival closed out with a terrific concert by the Indigo Girls.

I’ve never seen anyone confront a microphone with more energy than Amy Ray. I was standing backstage watching her play from the side view a few feet away and Amy stuck out her front foot and rocked back on her back foot as if bracing to take or deliver a devastating punch in a bar fight as she pressed her lips to the mike. She didn’t just sing, but leaned into the music as if resisting a hurricane.

As the words “There’ll be blue lights flashin down the long dirt road when they ask me to step out They say we be looking for illegal immigrants can we check your car I say you know it’s funny I think we were on the same boat back in 1694 I said oo la la shame on you…” rang into the night Amy Ray and Emily Saliers were joined by 1,500 people singing along.

There were tears on my cheeks.

I’ve watched Gareth Higgins, Rosa Lee Harden and everyone else who is fighting for this festival. And this year for the first time I had the feeling that “The Goose” is almost ready to do more than survive. She’s about to FLY!

My biggest moment was when the barrier between being a speaker and “mere” participant (I did 8 talks) disappeared. I was leading a session on grief and loss. The other sessions I spoke at ranged from talking to a room full of 200 people about how much I like sex, to a tent full with 300 folks about my granddaughter Lucy, and why this little 5-year-old has me in love with life as never before. Then there was the main stage event with 1500 of us gathered to hear Krista Tippett conducting an NPR interview and Gareth Higgins (our Goose founder and guru) had asked me to say a few words and make a pitch for support.

But the meeting on grief and loss was another thing altogether…

The grief and loss “session” was located down a long forest track in the camping area we were in, in Hot Springs NC. We were a 20 minute walk from the main camp—and it was about to rain. So we had 12 people. They were the only people feeling sad enough to follow the river path through the rain and woods to find each other. I dispensed with the talk and we just all told our stories.

My dad died in 1984. I never was able to really grieve because he was a famous evangelical leader and his funeral became the religious right/evangelical/groupie circus that I describe in my memoir Crazy For God. Mom died in March this year. I’m still raw. My best friend artist and illustrator Holly Meade died a few months ago, of cancer and at the height of her powers as an artist and new grandmother. I am heartbroken.

I told my story and invited the others to tell theirs. A mother cried as she spoke about her daughter’s suicide. A man wept as he told us how his wife died only 6 weeks ago in a car crash. A child of 9 cried as she said “My grandmother died while I was holding her hand. I asked God to please help. He didn’t answer. I feel so alone.”

We held her and she held us. As we all became lost children together no foolish words were offered with pat “answers” to the inexplicable tragedy of love cut short.

We did learn we were not alone. We did not get any closer to God but only to each other. Maybe that was the point. Then it poured and we were scattered.

To me Wild Goose is that place where I’m less alone. It’s the place that those of us struggling for faith as dimly seen through the murky filter of doubt can look around and know that for once we’re in a place where our love-hate relationship to all things religious, our hope-filled ambivalence, our longing for longing herself, is shared.

Wild Goose is the place where I was able to talk about why I’ve written a novel (And God Said, “Billy!”) soon to be published. Check my Facebook page for details. I’ll keep you posted. And God Said, “Billy!” has a message: if you go with the flow on irony and cynicism you’ll watch your life dry up. It’s a call not just to something better and higher but to what is lasting. It’s never too late to borrow the collective wisdom of the entire human race as seen by one person (a monk in Billy’s case) and instill beauty into our lives—eschewing inane entertainment and religion for true art, love, and a deep spiritual meaning.

There are so many refugees (like my character “Billy”) from the train wreck of American religion. And so many of us feel so alone because we don’t fit into either the “new atheist” fundamentalism of grim certainty that there’s no one to hear us pray, or the religious “certainty” that God is hearing our prayers. We “Goose types” fall into the uncomfortable category of those who doubt loyally.

I say “doubt loyally” because we haven’t given up on the hope that there is intrinsic meaning, if not knowable then at least real.

We’re not loyal to some idea of God based on correct theology, but to the hope that our spiritual longing herself is, might be, will be, a sign to us that truth and beauty exists to be longed for.

At Wild Goose we gathered around the idea that to create beauty, give love and find peace is the call we hear most deeply.

August 13, 2013 Let Me Explain My New Novel "AND GOD SAID, "BILLY!"
Recent Comments
0 | Leave a Comment
"Agreed, Trump just used christianity to try and get the votes from the strong christian ..."
Rick James Evangelical Authoritarianism and Fear in America: ..."
"Except that Rapture is not mentioned anywhere in the Bible, or in any other source ..."
Starsatyr Tim LaHaye is dead but his ..."
"Good article, but I believe a tad outdated now 4 years later. While the Moral ..."
Kirk Leavens An open letter to the Republican ..."
"Praying deconverted me. So yes, Christians, keep praying."
Captain Cassidy Evangelical and/or Post-Evangelical Christianity, “Progressive” or ..."
Browse Our Archives
Related posts from Why I Still Talk to Jesus -- In Spite of Everything

News and Politics
What’s The “Conservative” Response Been to the Rash...
Why I Still Talk to Jesus -- In Spite of Everything

News and Politics
My "Easter Sermon" and Video Rant: Trump is...
Why I Still Talk to Jesus -- In Spite of Everything 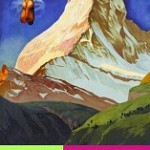 News and Politics
"Dear Frank, While I was in therapy recovering...
Why I Still Talk to Jesus -- In Spite of Everything

Dreams of Joy
It could be someone you never had the courage to love, holding...
view all News and Politics blogs
What Are Your Thoughts?leave a comment
Copyright 2008-2021, Patheos. All rights reserved.
Close Ad