My “Easter Sermon” and Video Rant: Trump is a symptom. We’re losing our souls…

Patheos Explore the world's faith through different perspectives on religion and spirituality! Patheos has the views of the prevalent religions and spiritualities of the world.
Trump is a symptom. We’re losing our souls. Silicon Valley billionaires think they will live forever by downloading their consciousness to computers. Evangelicals are waiting for Jesus. What all agree on is that our true redeemer these days is Ayn Rand and the cult of money, power and greed. Selfishness and anti-human behavior is the norm. A passenger is mugged on United; a fraud is elected “president”; the rich get richer everyone else loses leg room so to speak, and has to pay to check a bag. This isn’t about politics—it’s about spirituality. We put career ahead of family, education and jobs ahead of love.
“`
Breaking Bad (the TV series) is our story. The series unfolds on multiple levels. Like a Shakespearean parable, it combines a powerful study of human nature with social commentary on the tragedy of lives devoid of a sense of beauty and a sense of the intrinsic worth of our experiences as meaning more than the sum of their parts.
“`
Besides being wildly entertaining (has there ever been or could there ever be a series with a better first episode?), Breaking Bad shows us that Walter’s life had been so devoid of purpose that the only value he found in his work as a school teacher had devolved to whatever financial rewards he could earn.
“`
At the start of Breaking Bad we find Walter is depleted, defeated. But then… he starts to make choices… just because. He starts to create something pure and, to him, beautiful. His rediscovery of purpose couched in creativity works for him, but not for long. Walter’s vision isn’t big enough. In season five of Breaking Bad, in the episode titled “Gliding Over All,” we come to a searing moment of truth about what is wrong with America (and many other prosperous places) in the twenty-first century. Walter’s wife, Skyler, has been laundering their drug money. But there’s a problem: they have so much cash she can’t even count it. So Skyler has been hiding cash in a storage facility—uncounted. She takes Walter to see their hoard. He stares open-mouthed. The packets of fifties and hundreds are stacked like bricks in a pile the size of a crate that could hold a grand piano. This is their exchange:
“`

Skyler: This is it. This is what you’ve been working for. I rented this place and I started bringing it here, because… I didn’t know what else to do. I gave up counting it. I mean, I had to. It was just so much, so fast. I… I tried weighing it. I figured one bill of any denomination weighs a gram. There are four hundred and fifty-four grams to a pound, but… there’s a variety of denominations. So—
Walter: How much is this?
Skyler: I have no earthly idea. I truly don’t. I just stack it up, keep it dry, spray it for silverfish. There is more money here than we could spend in ten lifetimes. I certainly can’t launder it, not with a hundred car washes. Walt… I want my kids back. I want my life back. Please tell me… how much is enough? How big does this pile have to be?

“`
Many of us are like Walter White.
“`
We may not be cooking up batches of methamphetamine and building a drug empire, but what we share with Walter is his desire for a more meaningful life. We also share his self-destructive impulse to succeed—self-destructive because it is based on failed assumptions about the purpose of life. For Walter, the joy derived from his art begins and ends with his manufacturing of the drug. He is most fully alive in his “studio,” —a drug lab.
“`
I said that many of us are like Walter. We’re also like Skyler. We have enough (some of us barely enough) to live on, but in the context of our consumerist culture we are saying, “I want my life back. Please tell me… how much is enough? How big does this pile have to be?”
“`
There is an answer to Skyler’s question as well as a resolution to Walter’s search for meaning, though not the answer they’d expect. It is an answer I’m exploring in this video here (please watch and share) that is rooted in our history and our many and various civilizations. Trump is not the problem: we are.
“`
Had both Skyler and Walter found satisfaction in living life itself deeply and beautifully rather than only in trying to succeed according to the rules of some American Dream, neither would have been looking for fulfillment through money, career, or even formal education. Both would have found the art of living enough of a priority and goal. To do that they would have had to repent and change. Our society needs to do that too. We need to put love, people and relationships first. The rest will follow.

Please join me HERE at my NEW blog  http://frankschaefferblog.com 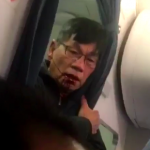 April 13, 2017
Trump Voters And Liberals Can (For Once) Unite! Let’s Join Together To Bankrupt UNITED and Send a “Stonewall” -- Type Message to Our Greedy Merciless Corporate Overlord Bullies
Next Post 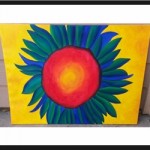 April 16, 2017 “How have you and you wife Genie stayed together for almost 50 years given that, quite frankly, Frank, you were once such an A-hole?”
Recent Comments
0 | Leave a Comment
"Except that Rapture is not mentioned anywhere in the Bible, or in any other source ..."
Starsatyr Tim LaHaye is dead but his ..."
"Good article, but I believe a tad outdated now 4 years later. While the Moral ..."
Kirk Leavens An open letter to the Republican ..."
"Praying deconverted me. So yes, Christians, keep praying."
Captain Cassidy Evangelical and/or Post-Evangelical Christianity, “Progressive” or ..."
"ALL Christians voted for President Trump. On NOV 8 2016 the choice was do you ..."
Dry Loop The Case For Impeachment Grows
Browse Our Archives
get the latest from
News and Politics
Sign up for our newsletter
POPULAR AT PATHEOS News and Politics
1

Foundational Moments
When not doing well, when full of doubt or pain or...
view all News and Politics blogs
What Are Your Thoughts?leave a comment
Copyright 2008-2021, Patheos. All rights reserved.
error: Content is protected !!