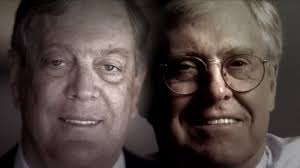 It was my dad and I that, along with people like Jerry Falwell and Pat Robertson, turned millions of  Christians into politicized dupes of corporate America. Thirty years later Speaker John A. Boehner surrendered to demands that he tie money to keep the government open after Sept. 30 to stripping President Obama’s health care law of any financing. There’s a connection. In my new book And God Said, “Billy!” I expose the paranoid religious delusion that fed this beast and explore my spiritual journey out of the belly of this delusion and how I found spiritual redemption.

As the New York Times noted “By choosing this as their live-or-die issue, Republicans are driving straight toward the brink and removing the brake pedal.” The extreme American far right only exists in its present form because back in the 1970s and 80s people like me and my late father Francis Schaeffer, goaded the evangelical movement into extremism.  The path to political delusion was paved with the social issues we took a “stand” on: abortion, women’s rights, gay rights, all of which we opposed. We helped unleash a monster.

Now things have come full circle. The right is no longer the private reservation of the religious right but in the hands of people with a vested fundraising/greed interest in creating perpetual chaos and a paranoid response to that chaos. These folks are willing to take us all down to perpetuate their private empires. They are as unpatriotic as their left wing counterparts of the 1970s were, people like the Weather Underground or Weathermen, with their campaign of bombings. In 1970 the group issued a “Declaration of a State of War” against the United States government.

Today’s unpatriotic anti-American, Americans are described by this important New York Times editorial “The Money Behind the Shutdown.”

…If you’re wondering why so many House Republicans seem to believe they can force President Obama to accept a “defunding” of the health care reform law by threatening a government shutdown or a default, it’s because these groups have promised to inflict political pain on any Republican official who doesn’t go along.

Heritage Action and the Senate Conservatives Fund have each released scorecards showing which lawmakers have pledged to “defund Obamacare.” When a senator like Tom Coburn of Oklahoma refuses to pledge, right-wing activists are told: “Please contact Senator Coburn and tell him it’s dishonest to say you oppose Obamacare, but then vote to fund it. Tell him he swore an oath to support and defend the Constitution.”

…[T]he Club for Growth… designated as RINO’s (Republicans in name only) [anyone who won’t shut down the government]  and the club has vowed to find primary opponents and support them with cash — a formidable threat considering that it spent $18 million backing conservative candidates in the 2012 cycle. Americans for Prosperity, a Koch brothers group that has already spent millions on ads fighting health reform, is beginning a new campaign to delay the law’s effects.

These groups, all financed with secret and unlimited money, feed on chaos and would like nothing better than to claim credit for pushing Washington into another crisis. Winning an ideological victory is far more important to them than the severe economic effects of a shutdown or, worse, a default, which could shatter the credit markets.

They also have another reason for their attacks: fund-raising. All their Web sites pushing the defunding scheme include a big “donate” button for the faithful to push. “With your donation, you will be sending a strong message: Obamacare must be defunded now,” says the Web site of the National Liberty Federation, another “social welfare” group that sees dollar signs in shutting down the government… It may be good for their bank accounts, but the combination of unlimited money and rigid ideology is proving toxic for the most basic functioning of government.

Today’s Republican Party Weathermen, hate America and are willing to risk everything for the perpetuation of their organizations. They can’t be allowed to risk our country’s economy, just because they can’t stand to see a black man in the White House succeed.

What’s the difference between a libertarian and an anarchist? None. The extremists in the Republican Party just want to bring the government down. Some of the House Republicans are our American version of the suicide bombers ripping up the Middle East. What they do may make “sense” to them, the rest of us just get killed.

News and Politics
Trump Is Delivering on the Religious Right's Evangelical...
Why I Still Talk to Jesus -- In Spite of Everything

Mea Tulpa, Mea Tulpa, Mea Maxima Tulpa!
An image from childhood, of repentant Catholics beating their breasts, confessing their...
view all News and Politics blogs
What Are Your Thoughts?leave a comment
Copyright 2008-2020, Patheos. All rights reserved.