A Short Shutdown History: Billy Graham Broke Our Brains and (Inadvertently) Sold America to the Koch Brothers Who Folded the USA into a Moronic Religious/Political Delusion Called the Tea Party

A Short Shutdown History: Billy Graham Broke Our Brains and (Inadvertently) Sold America to the Koch Brothers Who Folded the USA into a Moronic Religious/Political Delusion Called the Tea Party October 16, 2013 Frank Schaeffer

How did we get to the shutdown and brink of default? It took over fifty years of bad Sunday school.

Now that the Republicans have conceded defeat — congratulations Mr. President you stood tall against the fools and bigots —  it’s worth figuring out how the Republicans got so crazy that they took us to the brink. It’ll happen again because ideologues never learn. Here are the four steps of why we got to the brink this time:

ONE: Billy Graham and his many helpers, including my late father Francis Schaeffer and others broke our brains with the best of intentions and their Jesus-saves-you-from-a-retributive-God-who-will-otherwise-send-you-to-hell literalistic theology.

TWO, These men bought our broken brains with the worst of intentions 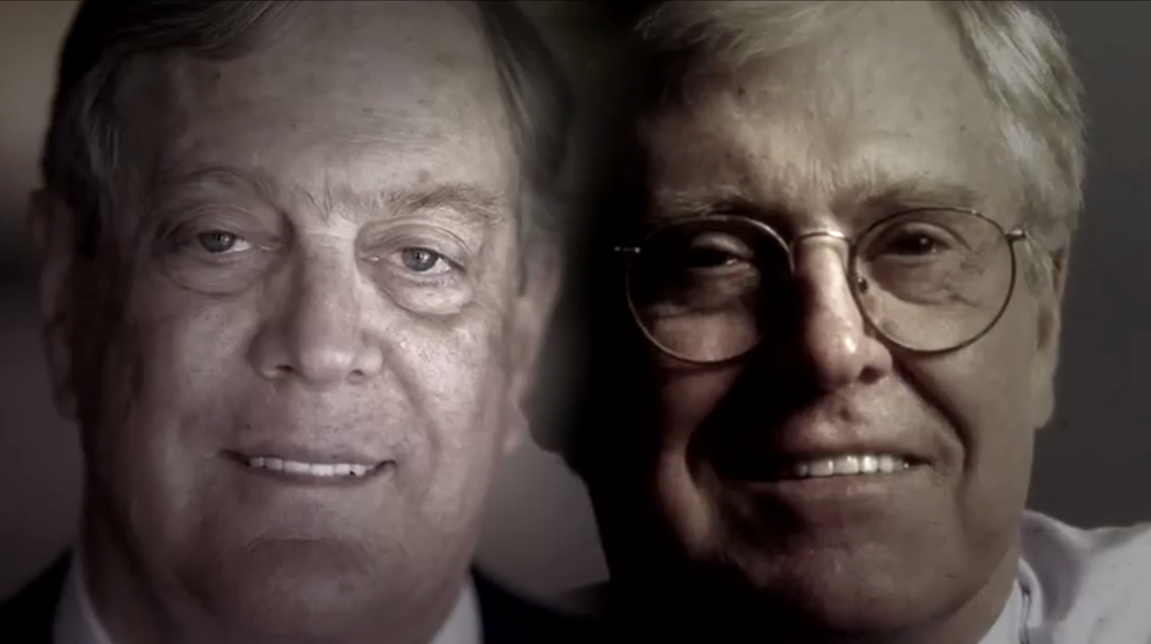 THREE, And sold them to these men of no intentions, just a mindless delusional greed for power… 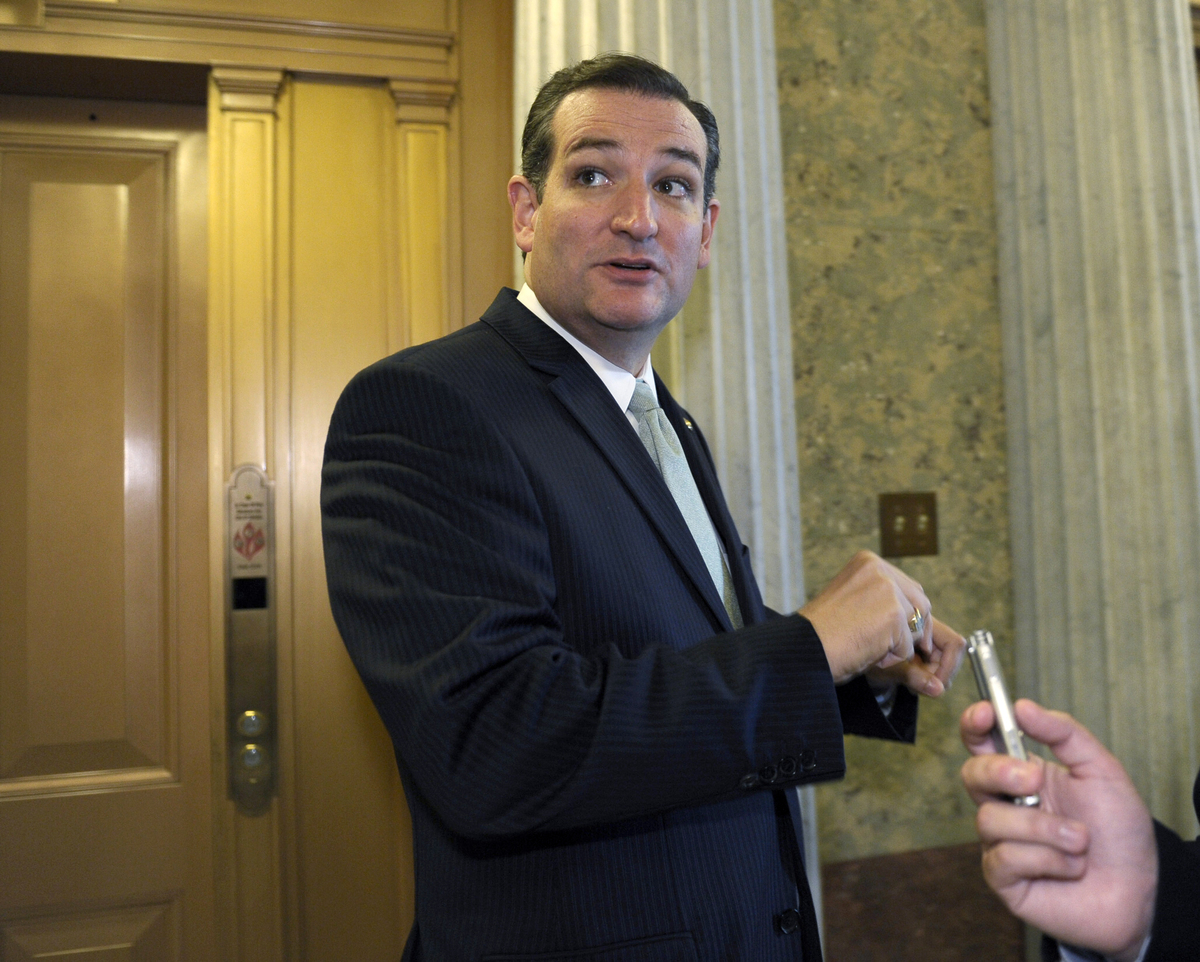 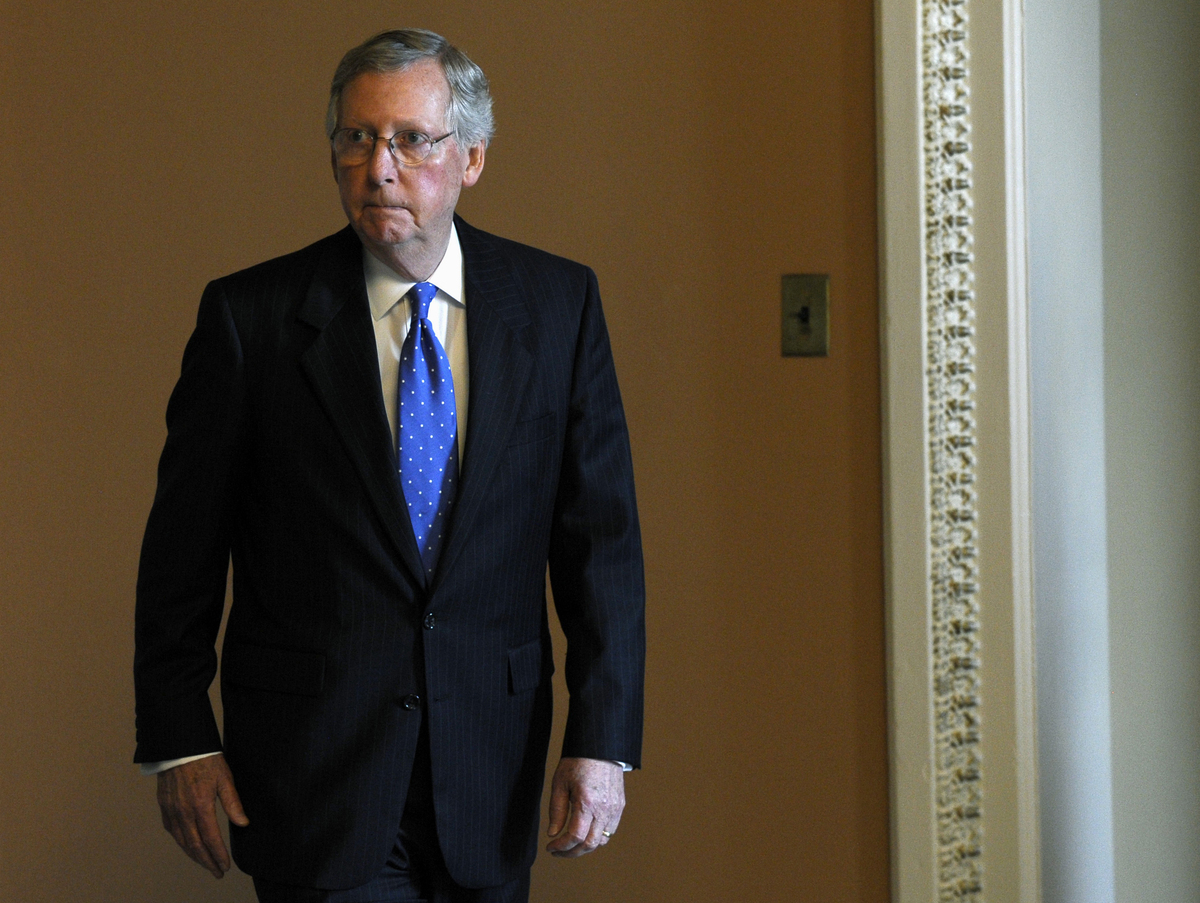 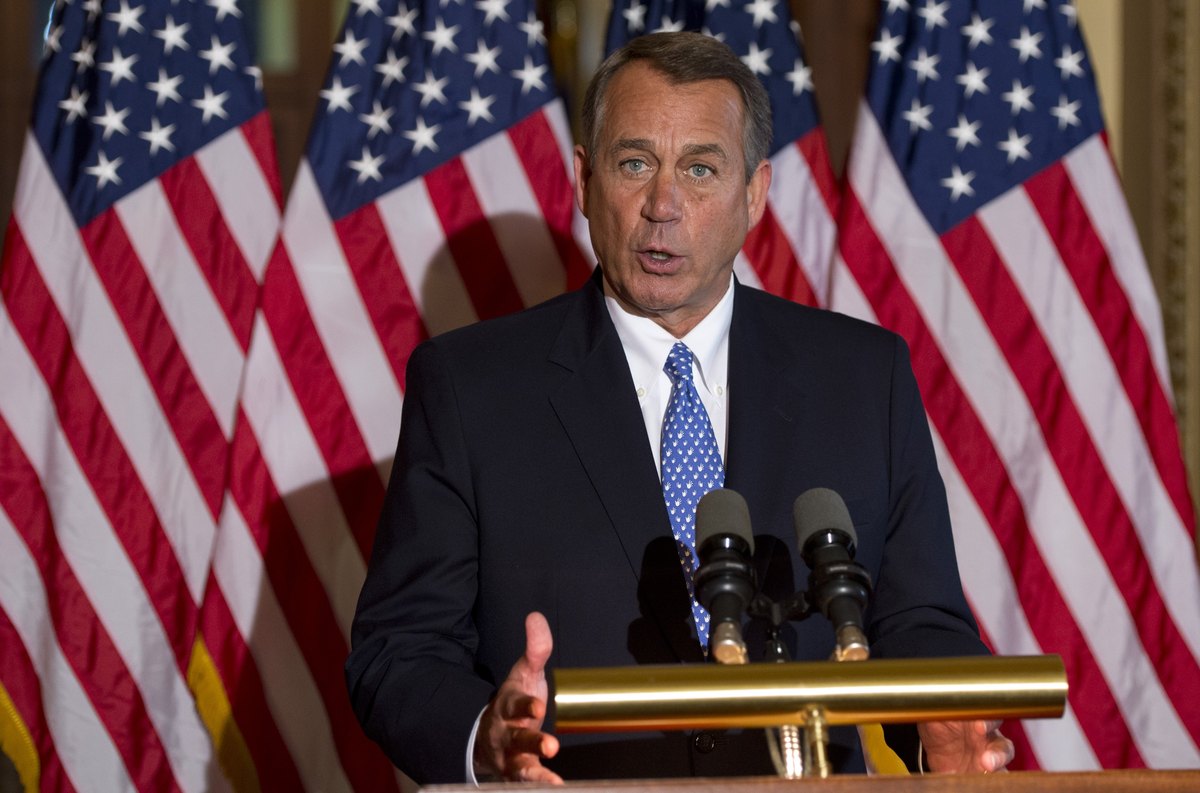 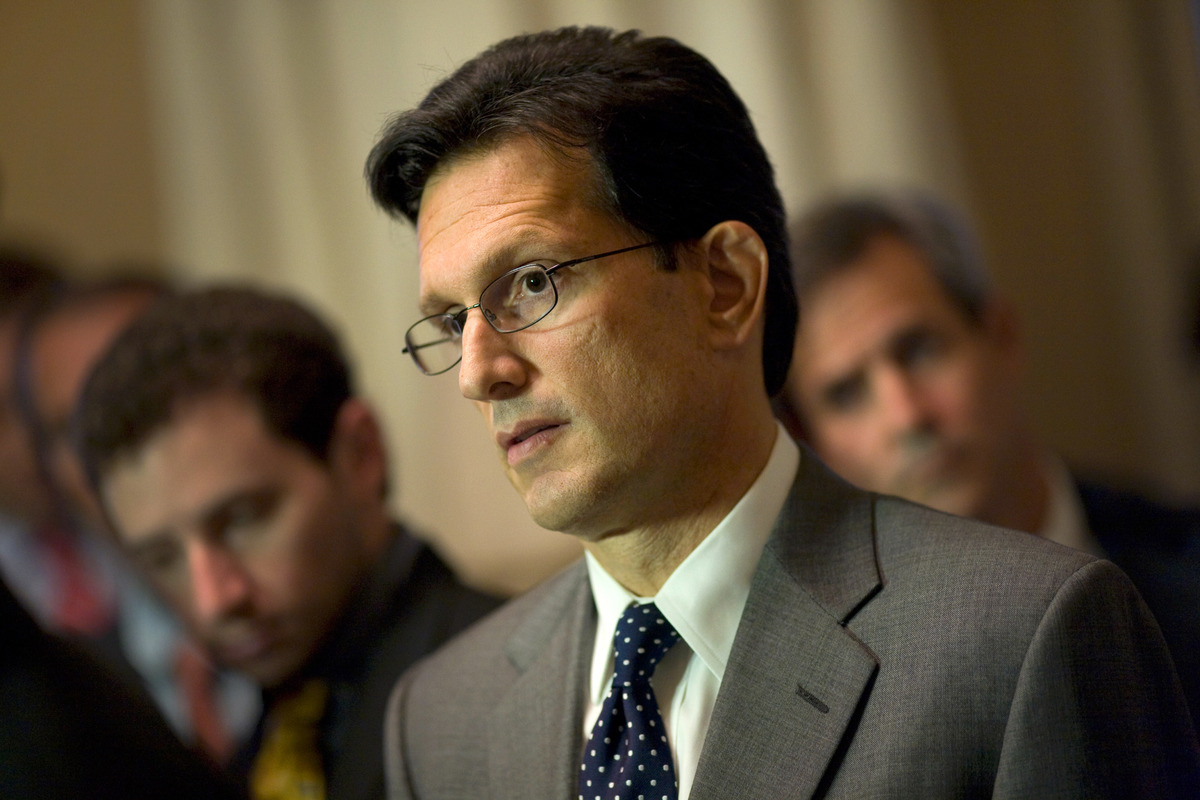 Stupid religion has bred stupid politics. Billy Graham morphed into Franklin Graham. And the broken-brain foot soldiers took over the Republican Party. I helped them as my dad’s far right sidekick in the 1970s and 1980s. Then the manipulators in Congress became the manipulated, having lost control of the broken brain nameless and angry masses. Now the broken brains threaten to primary anyone sane, if they won’t go along with bringing down the world economy.

“How did we get here?”, you ask about political leaders willing to destroy the world economy in the name of ideology.

Let me explain, and listen up because the media is too intimidated and cowardly to tell you the truth. They don’t want to be accused of being anti-religious. I’m not anti-religious. I’ll be in church next Sunday. And I’ve just published what (I think) is one of the best defenses of religion ever written– And God Said, “Billy!“ My book explores the root-cause of American religious delusion, and offers another better and more ancient Christian way to approach true spirituality and to love God. So I’m pro-religion. I’m just anti the insanity of literalistic retributive theology that’s the basis of evangelical self-willed madness. Sadly, Billy (Not my “Billy!“, rather the other one called America’s chaplain) has been the respected poster boy for that madness.

America is in the grip of an evangelical fact-free Taliban. We didn’t get here overnight. It has taken people like Billy Graham over 60 years to break our brains with retributive theology. Billy and his helpers in the vast evangelical subculture, sold us an angry God who we must be saved from though a simplistic born-again formula. They also sold us a fact-free story about our origins. They trained millions of brains to break their link with reality, to choose between God and reality.

For a while this evangelical success seemed like a benign sort of madness. Not any more.

It is no coincidence that the Tea Party is mostly made up of evangelical white southern Christians of the born-again variety. They are now the collective enemy of you and your children’s future. The world trembles because we have allowed them a seat at the table. The world doesn’t get it.

The folks that believe in a literal Bible — as Graham and the others in the “respectable” evangelical establishment taught them to do – also don’t believe in evolution, global warming, gay rights or….  increasing the debt limit. To “get” what is happening to America you need to understand the delusional thinking that passes for theology in the evangelical heartland.

We read about the Tea Party’s crazy politics but it is crazy religion that unhinged millions of converted “born-again” brains. Just ask any home school mom trying to “save” her children from geological facts.

(Ironic note: The Koch brother’s oil drilling geologists looking for oil do so using the science of an old earth while the Koch brothers use people who believe in a young earth to advance their politics! Now the watertight compartments between their science and profits, and their politics has broken down, the morons are in the lab smashing it up, as it were. The brothers are terrified. And their Wall Street pals hate them now.)

Face it, church and state are no longer separated. They never were. But post-shutdown, religion can’t be off limits anymore. The Koch brothers unleashed the village idiot in us all.

There is no good brain-breaking literalistic religion. Personal religion has become a public menace. The steady march of magical evangelical “thinking” into the American collective not-so-bright brain has not only gutted science teaching, it’s gutted our politics. Teachers are afraid to teach evolution for the same reason that evangelical Tea Party delusional believers just “know in their hearts” that shutting down the government is a great thing… and that with God’s help they’re “winning.”

Without the “success” of evangelical Christianity, America would be a saner place today. The world would be a safer place. Liars manipulating the not very bright religious right from seats of well-financed power in places like the Heritage Foundation, Club For Growth and the rest would have fewer dupes to play for suckers. It’s time for the media to say so. It is a shameful thing to be crazy on purpose. Shame on the media for allowing nutty thinking to go unchallenged.

Message to the World: America is a religiously deluded nation. That is why we can’t be trusted.

We have been following religious leaders that broke our brains. Their message is: God loves you so he sent his son to die for you and if you don’t believe in that he’ll send you to a real and literal hell to burn forever. Is it any wonder that brains soaked with this somewhat unlikely and vengeful delusion had no trouble buying into the Tea Party/Koch myths? Is it any wonder that these broken brains could be co-opted by the libertarian loons who think Ayn Rand had a point? Hey, if you’ll believe in a literal Bible you’ll believe in anything.

There’s a straight line from respect for Billy Graham and his retributive theology, that presents “love” and “salvation” as God’s threat of hell, to the Tea Party and the Koch brothers.

The shutdown is a slow motion religious extremist attack on America being carried out by those living in the netherworld of apocalyptic fantasy. The evangelical establishment teaches a literal return of Christ to judge — and kill – the “unbelievers.” So why not kill the world economy too? That’s no big deal compared to what evangelicals already accept as “real.” Anyway, it doesn’t matter, Jesus is on the way… So actually nothing really matters…

The result of unhinging minds by snapping them with delusional religious fiction is clear in today’s shutdown headlines. Who the bad guys are is pretty clear too.

Frank Schaeffer is a writer. His latest book — And God Said, “Billy!“exploring the roots of American religious delusion, and offering another way to approach true spirituality, is #1 on Amazon Kindle in the Political Humor category. On Kindle, iBook and NOOK for $3.99 and in paperback.

October 15, 2013
The Shutdown Story the Media is Missing: Crazy Religion Makes for Crazy Politics
Next Post

October 17, 2013 Dear President Obama,
Recent Comments
0 | Leave a Comment
"Good article, but I believe a tad outdated now 4 years later. While the Moral ..."
Kirk Leavens An open letter to the Republican ..."
"Praying deconverted me. So yes, Christians, keep praying."
Captain Cassidy Evangelical and/or Post-Evangelical Christianity, “Progressive” or ..."
"ALL Christians voted for President Trump. On NOV 8 2016 the choice was do you ..."
Dry Loop The Case For Impeachment Grows
"The freakin Rev Jim Wallace of Sojourners Mag would fit in here nicely as well. ..."
Dry Loop For Years Some Have Described White ..."
Browse Our Archives
get the latest from
News and Politics
Sign up for our newsletter
POPULAR AT PATHEOS News and Politics
1

God’s Only Begotten
What if, as a day-old newborn, you found yourself in the loving...
view all News and Politics blogs
What Are Your Thoughts?leave a comment
Copyright 2008-2020, Patheos. All rights reserved.