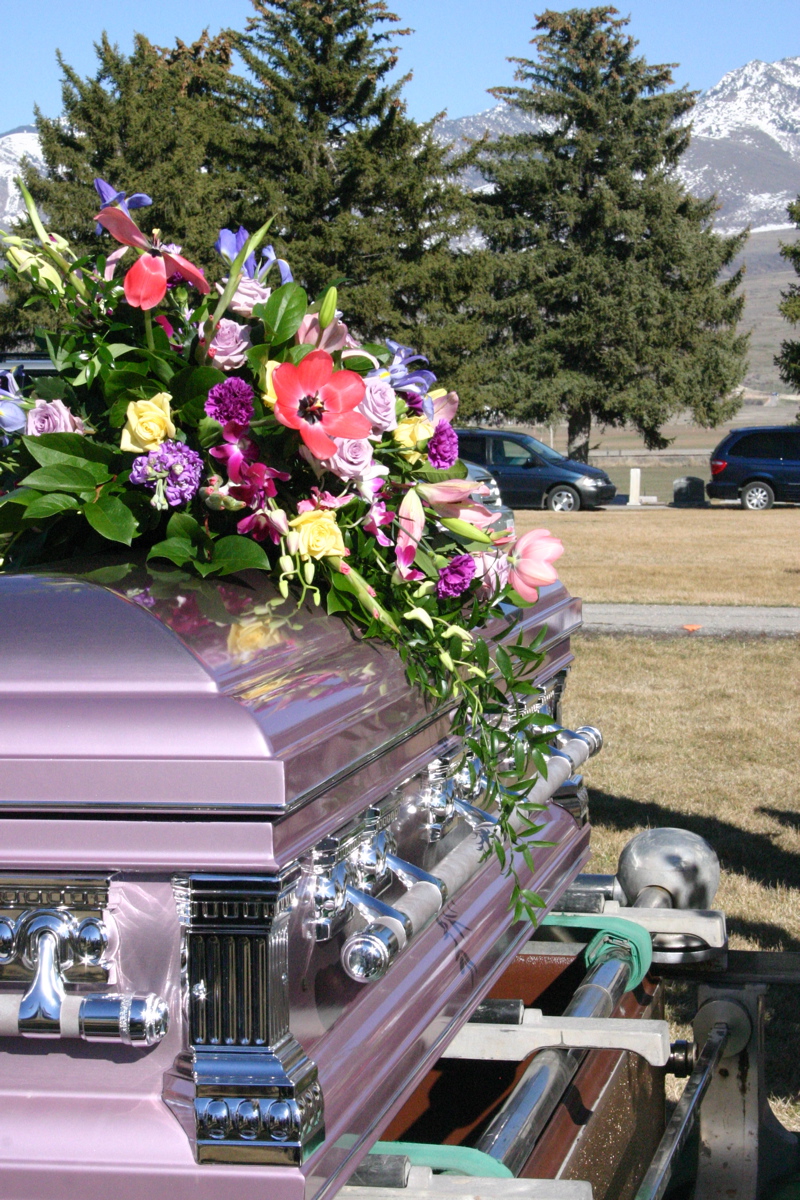 Given his age — and most regrettably because he’s a nice man — you’ll soon read the headline: “Billy Graham Dead.” Fact is, his life’s work is already dead. It’s been killed by the Tea Party. All that remains is the funeral and the long term discrediting of Billy’s evangelical religion now under way because of the needless and ugly politicizing of the faith he became a symbol of.

Disclaimer: I knew Billy and met him as a child when he used to visit my evangelical-leader father, the late Francis Schaeffer. I also visited Billy several times as an adult when I was in the evangelical movement as my father’s nepotistic sidekick. I liked Billy then, and like him now. I’m sorry I helped hijack his movement for the far right. I long since left that movement and describe why in my new book And God Said, “Billy!” And yes, the title is a not-so-subtle play on the Graham legacy of well-meant and finally, the disastrous religious delusion that opened the minds of many people to a split reality that was no longer fact-based. This prepared them to receive what I’ll call the “gospel” of Fox News, Limbaugh and the rest…

The biggest casualty of the Tea Party takeover of the GOP is not the Republican brand but the evangelical Billy Graham style brand. According to polls over 60 percent-plus of Tea Party members identify as evangelicals. The Tea Party is mostly the Franklin Graham/Sarah Palin born-again evangelical anti-abortion, anti-gay coalition renamed, with a handful of Ayn Rand libertarians thrown in. And in the public opinion polls most Americans blame the Republicans for the needless shutdown and the Tea Party for radicalizing the GOP. This is going to prove a toxic mix for the evangelical movement.

The media has concentrated on telling the story about the political fallout of the shutdown. What will happen in 2014 and 2016? How will the GOP’s brand destruction play in secure Southern gerrymandered districts? These are the topics that dominate the discussions in the newspapers, blogs and cable news shows. But there’s a bigger story here and one with far greater long term implications: the destruction of the Christian brand name and most specifically, the evangelical brand.

For years the evangelical brand has worn the soul-winning (no pun) smile of Billy Graham. Countless scandals about finance, sexuality, hypocrisy and the rest that overtook lesser lights than Graham haven’t derailed the brand. But recently other commentators besides me have been writing about the slow decline in the evangelical’s ability to bring the next generation with them into both the conservative fold and the political embrace of the GOP. Even their theology is wavering, a fact loudly lamented by conservative evangelicals.

Issues like poverty relief, human trafficking and the environment have begun to supplant abortion and stopping gay marriage as what the younger evangelical set care about. The ugly meanness of the religious right has done its negative PR work: the younger evangelicals have been turned off by their parent’s generation of religious right activity. The result is things like the emergent church movement, new theologies discounting the existence of a literal hell, while embracing the truth of evolution, and a generational divide over gay marriage.

Now, to the degree that the Tea Party and the evangelical brand are conflated in the public mind, the evangelical movement has just taken a potentially fatal body blow. When Billy dies he’ll receive a nostalgic outpouring of celebrity Princess Dianna-type media “love.” But it will be short lived. His hard right anti-gay son Franklin, will bury the old man in Franklin’s mausoleum/museum/fundraising hub (Franklin earns over $600,000 a year not counting the perks and private planes of his “non-profit” work and buried his mother Ruth in the Museum against her wishes) and the Graham name will almost instantly fade from the American mind.

What will live on is not the Billy Graham legacy of good humored albeit strict fundamentalist frontier-style 19th century revivalism, but the mean side of 21st century evangelical faith typified by Franklin’s off-the-wall attacks on President Obama, and his Tea Party-style lies and rants.

Therein lies the symbolic problem. It’s not just Franklin but the image of an entire movement. Franklin is a minor soon-to-be-forgotten bit player but the shape and style of American politics and politicized religion is changing. As long as it was “just those gays” taking it in the neck from the likes of Franklin, Michele Bachmann and Sarah Palin, or the women seeking abortions who were condemned, the evangelical meanness that has dominated the GOP could be ignored by most Americans. They could still pretend that Billy was the norm, Palin, or a late (unlamented) Jerry Falwell, the aberration. But “these crazy people” – as most Americans now regard the Tea Party – risked, and will risk again, the faith and credit, good name and economy of all of us. This won’t be soon forgotten.

Put it this way: if the village idiot defecates on the sidewalk that’s regrettable but forgettable. If he breaks into your house and defecates in the master bedroom on your pillow, you call the cops.

When you risk the world economy for no good reason, you’ve got all of our attention! Tea Party/evangelical lies aren’t funny anymore. It’s not just “birthers” now and gay-haters, the crazy guy is in the bedroom making a big mess where you live!

Just as the decline in anti-communism spread out from the Joe McCarthy fiasco over time, so too will it take time for measurable declines in church attendance in evangelical churches to become apparent. But it’s going to happen. And so too is the sidelining of the evangelical voice in politics.

Evangelicals will be spending more and more time explaining who they are not rather than who they are. As every car company can tell you, if you’re spending time explaining your latest recall rather than what’s good about your product, trouble is on the way. So mark October 2013, as the beginning of the end of the evangelical dominance of the religious life of America.

Or put it this way: The Tea Party buried the life work of Billy Graham. The actual passing of Graham will just be a splashy footnote played for all its worth for fundraising purposes by his son who wants to keep pulling down that $600,000 pay check. But the party is over. Sure there’s still money for the God merchants to make but they clearly have no clothes and just about everyone who hasn’t drunk the Kool-Aid now knows it.

Or to put this in a way that still comes naturally to this former evangelical– here’s what I’d have said in some sermon many years ago pronouncing this doom in the lingua franca of evangelical-speak: “Let me share this with you. Turn with me in your Bibles to the book of Daniel chapter 5, and read along with me. ‘God has numbered the days of your reign and brought it to an end. You have been weighed on the scales and found wanting.’

Frank Schaeffer is a writer. His latest book — And God Said, “Billy!“exploring the roots of American religious delusion, and offering another way to approach true spirituality, is on Kindle, iBook and NOOK for $3.99, and in paperback.

October 20, 2013
Does Being Raised Evangelical Destroy Your Brain? Why The Tea Party-Evangelical Right Learned Nothing Post-Shutdown
Next Post

Letting Go of the Old to Make Room...
The start of a new year is a beautiful time of renewal...
view all News and Politics blogs
What Are Your Thoughts?leave a comment
Copyright 2008-2017, Patheos. All rights reserved.