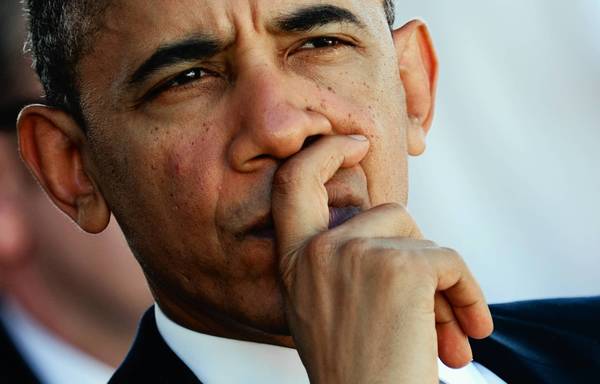 I’ve watched liberal and right wing commentators alike blame the president for being lynched. They say “he’s not reaching out enough” or “he’s too cold.” It’s the equivalent of assuming that the black man being beaten by a couple of thug cops must have “done something.”

I am a white privileged well off sixty-one-year-old former Republican religious right wing activist who changed his mind about religion and politics long ago.  The New York Times profiled my change of heart saying that to my former friends I’m considered a “traitorous prince” since my religious right family was once thought of as “evangelical royalty.”

I’ve just spent the last 7 years writing over 200,000 words in blogs and articles in support of President Obama. My blogs on the Huffington Post alone would add up to a book in support of the President of over 300 pages. Weirdly, I just realized that through all my writing, this has been the first time in my life I’ve personally gone to bat for a black man. It just happens that he’s a president. But my emotional stake in his life is now personal.

I’ve changed because if this country will lynch a brilliant, civil, kind, humble, compassionate, moderate, articulate, black intellectual we’re lucky enough to have in the White House, we’ll lynch anyone. What chance does an anonymous black man pulled over in a traffic stop have of fair treatment when the former editor of the Harvard Law Review is being lynched?

One famous liberal commentator wrote a book on how Ronald Reagan and Tip O’Neil could disagree and still be friends. Why, he asked on many a TV show promoting his book, couldn’t President Obama be like that? Because, I yelled at the screen, those two men were white Irish Americans and part of a ruling white oligarchy.

Because, I yelled, you might as well ask why Nelson Mandela didn’t talk his jailers in South Africa into seeing reason.

Because, I yelled, the President is black and anytime he’s reached out he’s pulled back a bloody stump.

Because, I yelled, liberal white commentators have been as bothered by a black man in the White House, who’s smarter than they are as much as right wing bigots have been bothered.

Because, I yelled, President Obama has been lied about, attacked, vilified, and disrespected since Day One.

Because, I yelled, this country may have passed laws so blacks can vote and eat in a white man’s world, but in our hearts we’re stuck in a place more like 1952 than 2013.

We’ve been watching a slow motion lynching of a moderate brilliant family man, a father, and faithful loving husband. The Republicans in Congress are so dedicated to lynching the President they’ve been willing to shut down our government and risk the future of our economy.

Evangelical “Christians” have been so stuck on putting a rope around this black man’s neck they have denied their faith and been the backbone of the lying Tea Party who spawned the so-called “birthers” and the rest of the white people driving our news cycle.

Roman Catholic bishops have denied their tradition of helping the poor and been so eager to destroy this president they aligned themselves with white Evangelical bigots and tried to stop health care reform, all because the President wants to give women a fair shake. The bishops even called him “anti-religious” because the president wants insurers to pay for contraception.

This is a slow motion lynching of a black man who is so moderate and centrist that he favored Wall Street enough so that the Left is all over his case. He’s so “radical” and “leftist” and “hates America” so much, and “coddles our enemies” so much, that he killed bin Laden and used drones to kill our enemies. He’s such a “socialist” that he presided over the revival of our economy from the worst recession since the Great Depression, and led us to the present day stock market boom. President Obama is such a “Marxist” that he tried to give insurance – not socialized medicine – to all Americans.

President Obama never answered back to the disgusting southern right wing rubes from the former slave states that have tried to belittle, mock and stymie his presidency shouting “You lie” in a million ways, while actually meaning “You lie, nigger!”

And did the “enlightened” Left have President Obama’s back? No. They carp about his “failure” because a website was slow to get running! The white privileged “progressive” few were too busy blaming him for getting lynched and telling him how to craft policy while a rope was put around his neck again and again and tightened with each filibuster, each lie told on the radio, each self-defeating scorched earth action to stop him from succeeding, even if it meant taking us all down too.

We don’t like to admit who we really are. So we make excuses and blame the victim. I’m ashamed for our country, a country my Marine son fought for in two stupid wars this president has been working to end. And I’m still rooting for the best, smartest and most decent man who has been president in my lifetime. I pray for his health care reform to succeed. I pray for his immigration reform to succeed. I’m amazed he’s gotten anything done, but he has, even while the lynch mob gathers again and again to laugh, lie and spit and claim he’s “failed” while “liberal” commentators nod sagely and talk about his “mistakes” as if President Obama has been playing on a level playing field.

We have a lot to do to heal this country of the damage done by the right wing Obama-haters and the Left wing know-it-all pundits who did not have his back because they don’t have the honesty to admit that we still live in a backward racist swamp of prejudice. Maybe in 50 years our country will be worthy of someone of President Obama’s forbearance again. For now we can just hope that the hatred of the Republican Party for our first black president doesn’t drive us to the brink of ruin again as they strip food from the mouths of the poor, and try to get people to not sign up for health care, just to get even with the black man they swore to destroy from the day that “uppity” black who is smarter than all of them put together took the oath of office.

God bless you Mr. President. I’m praying for you. I am so very sorry. But take heart, in the long reach of history the door you opened will stay open for the millions of Americans of all colors, genders and beliefs who will follow you. They will bless your name. So will history.

December 11, 2013
The Mystery Beyond Death: The Meaning of Christmas
Next Post

December 24, 2013 Merry Christmas, Mom-- Thanks for Living the Meaning of Peace on Earth
Recent Comments
825 Comments | Leave a Comment
"Except that Rapture is not mentioned anywhere in the Bible, or in any other source ..."
Starsatyr Tim LaHaye is dead but his ..."
"Good article, but I believe a tad outdated now 4 years later. While the Moral ..."
Kirk Leavens An open letter to the Republican ..."
"Praying deconverted me. So yes, Christians, keep praying."
Captain Cassidy Evangelical and/or Post-Evangelical Christianity, “Progressive” or ..."
"ALL Christians voted for President Trump. On NOV 8 2016 the choice was do you ..."
Dry Loop The Case For Impeachment Grows
Browse Our Archives
get the latest from
News and Politics
Sign up for our newsletter
POPULAR AT PATHEOS News and Politics
1

Dropping the Scale
Like everyone, I was taught that justice is blind, then given a...
view all News and Politics blogs
What Are Your Thoughts?leave a comment
Copyright 2008-2021, Patheos. All rights reserved.