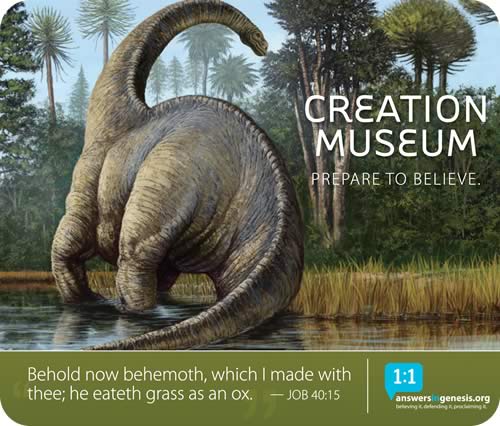 Face it: White aging evangelicals are the backbone of the Republican Party. Face it: Literal belief in the Bible snaps your brain. Face it: the brain-snapped evangelicals believe in Noah but not in science, especially not in the science of climate change. Face it: American evangelicals are therefore, the greatest threat to life on earth the world has ever known.

The leaders like Mark Rubio who must pander to evangelicals are willing fools. They aren’t just “skeptical” of scientific findings Republicans are outright anti-science. Their strategy is to confuse American voters by claiming science — about everything from evolution to contraception and climate change — is just someone’s opinion.

Evangelicals having  ignored the importance of evidence related to everything they believe in about the Bible are ready to extend their broken-brain dedication to an alternative universe in a way that now threatens our planet. By backing the Tea Party/far right/loons who are loons BECAUSE they must pander to willing idiots– evangelicals are now a fifth column of insanity. They are sticking by the Bible but abandoning our planet.

Marco Rubio’s recent remarks about climate change are the evangelical-style signature we expect from the people out to wreck our planet, paid for and manipulated by the Koch brothers. Conservative politicians are deciding that “science” is just like theological opinion– some of us are Southern Baptists, some Catholics, right, it’s just a matter of opinion!

“I don’t agree” Rubio said “with the notion that some are putting out there—including scientists—that somehow, there are actions we can take today that would actually have an impact on what’s happening in our climate.” (Rubio said this to ABC’s Jonathan Karl.) “I do not believe that human activity is causing these dramatic changes to our climate the way these scientist are portraying it,” he added.

By making climate change a matter of theology — what he “believes” or “agrees with” — Rubio and his evangelical backers pretends that climate change is a matter of opinion. Conservatives/Republicans/evangelicals/Tea Party goofs and the brain dead fundamentalists,  have figured out a workaround reality: redefine the fact as “opinion.”

Rubio like all panderers to evangelicals didn’t start his crusade to return us to the Bronze Age out of the blue.

GQ magazine published an interview with Senator Marco Rubio, a contender for the 2016 Republican presidential nomination.Rubio was asked how old the earth is. After saying“I’m not a scientist, man,” the senator said “it’s one of the great mysteries.”

Rubio’s refusal to acknowledge scientific evidence speaks of the broken-brain mind-set that has taken over the GOP.  As speaker of the Florida House of Representatives, Rubio sucked up to his creationist base trying to wreck science education. In one interview, he compared the teaching of evolution to Communist indoctrination tactics.

What was Mr. Rubio’s beef with science? It might undermine children’s faith in what their deluded backward parents told them to believe. THAT is the G.O.P.’s attitude, not just to biology, but toward everything: If evidence seems to contradict faith, suppress the evidence!

They have also figured out how to deal with critics: CAST YOURSELF AS A VICTIM!

Accepting responsibility for one’s actions sometimes has a redemptive effect, but for hack, criminal and liar, Dinesh D’Souza, when an indictment against him was announced in January for which he’s now plead guilty, D’Souza began pushing the idea that he was being targeted by the White House for retribution because he’s an Obama critic. In the days following the indictment, D’Souza tweeted out stories about government harassment of conservatives.

The Daily Show‘s Samantha Bee took on bullying  — the bullying of evangelicals by gay people!

“It was clear [that] intolerance towards Christians was a huge problem,” Bee reported, “in his mind.”

Gary Brown, an Atlanta pastor, claims that “there is a lot of bullying directed at Christian kids in public schools and the culture at large. So many teenagers are being ostracized for being a Christian.”

The billionaire Koch brothers and their political strategist Rich Fink spoke about the family’s agenda in the The Wichita Eagle and said they’re the ones under attack. The Kochs have $62 billion and seven homes but the world is  against them. The corruption and machinations detailed in the film Koch Brothers Exposed are nothing compared to the bullying they face.

Here’s Charles Koch, lamenting that Obama consultant David Axelrod called out the brothers’ massive investment in policies that promote themselves:

When you have Axelrod, one of [Obama’s] top campaign officials, saying we are contract killers—I mean, I don’t know how somebody in the administration can say that about a private citizen. It’s frightening because you don’t know what they’re going to do. They have tremendous power. They can destroy just about anybody, whether you are totally innocent or not.

We’re just besieged day and night with attacks and the more visible we are, and the more we’ve done, the more attacks we get.

Fink says the the brothers are “just like the…American revolutionaries” in that they believe they need to “stand up and fight to save the country.”

By paying off Rubio and company to lie about what coal and oil are doing to our planet and to find brain-snapped aging white evangelicals to twist the political process in favor of myth from text books to public policy, the Koch’s are behaving like criminals. Evangelicals are their willing dupes. The deal is: you all get to make money wrecking the planet and we’ll look the other way as long as we can destroy the brains of our children, like ours were destroyed. You get the money and we get an inerrant Bible!

Too bad evangelicals worship a book instead of God. Too bad they follow the Republican Party in stead of Jesus. As I say in my new book– WHY I’M AN ATHEIST WHO BELIEVES IN GOD “Every time Jesus mentioned the Torah, he qualified it with something like this: ‘The scriptures say thus and so, but I say…’ Jesus undermined the inerrancy of the scriptures in favor of his version of pragmatic empathy.”

As I argue in my book Christians should do what Jesus always did, qualify what the Bible says, debunk it, add common sense. You can follow Jesus or the Bible but not both. If that thought could permeate the evangelical citadel of madness, we might just save the planet.

Frank Schaeffer is a writer his new book is:

WHY I AM AN ATHEIST WHO BELIEVES IN GOD How to Create Beauty, Give Love and Find Peace  )

Frank Schaeffer is a writer. His latest book — WHY I’M AN ATHEIST WHO BELIEVES IN GOD

May 25, 2014 In Some Sort of Weirdly Wonderful First Rage Against the Minivan AND Alternet BOTH Run (Wildly Different) Excerpts From My New Book
Recent Comments
0 | Leave a Comment
Browse Our Archives
Follow Us!

An Act of God
On the 4th of July I took a trip to my office....
view all News and Politics blogs
What Are Your Thoughts?leave a comment
Copyright 2008-2020, Patheos. All rights reserved.