An Interview With Minister (turned moviemaker, the one and only) Richard Rossi

“The fakes make you dependent.  ‘Give us $3000 to learn the gifts of the Spirit.  Sow a seed to us to get blessed,’ they say.  They aggrandize their personality cult and finances.  They increase their stature with titles like Doctor, Bishop, Apostle, Prophet.  This increases their authority to manipulate.” 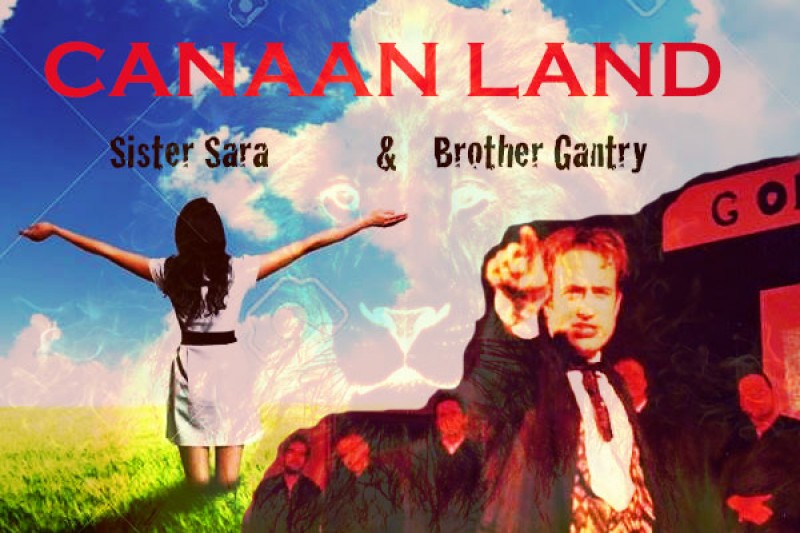 KA: Talk about your prior films.

RR: Canaan Land is my third feature which will show the dangers of fundamentalism.  My first was Sister Aimee, about faith healer Aimee Semple McPherson. My last film was Baseball’s Last Hero, about my childhood idol Roberto Clemente. Pope Francis was touched by it, and much has been written about the film in media.

KA: Where did you get the idea for Canaan Land?

RR: From my experience as a healing evangelist.  My first foray into filmmaking was a documentary entitled Quest for Truth about the role of prayer in healing.  We wouldn’t report healings without medical confirmation.  We told the truth that not everyone is healed.  We tried to show both sides, our faith side and critical thinking side.  My time in the church enabled me to see bigt names in Pentecostalism were doing fraudulent healings.

KA: What are some examples?

RR:   People who aren’t really paralyzed getting out of wheelchairs at a Benny Hinn crusade.  Bethel Church has become a mecca for the charismatic movement.  They had gold dust and bird feathers they claimed was the glory of God and angel feathers.  My movie will show the difference between faith that hurts people versus healthy faith that heals people.

KA: What problems do you see from fake healers?

RR: It feeds into using God as a drug.  Bethel has a saying “There’s no high like the Most High.”  Just like an addict goes from a gateway drug to cocaine or heroin, those chasing a greater anointing are manipulated.  Friends who went there have come back sicker and more phobic than they were when they went in.  When someone gets drunk, they have a hangover.  Those who get drunk in the spirit, and it’s a counterfeit, suffer profound damage.

KA: What were your experiences with real faith healing?

RR: A man named Tom McMurray wrote to me recently about his daughter who had a hearing loss and was healed at one of our services.  Quest for Truth: An Expose of Faith Healing is available on video and shows some of these healings.  I’m open to the gifts of the Spirit.  The real healings are so beautiful I hate to see it blasphemed by fakes who merchandise the gifts.  Bethel Church and HRock Church now charge thousands of dollars to teach the gifts of the Spirit in contrast to the Apostle Paul who rebuked Simon for offering money for it.

KA: Is there grace for people who give to these groups?

RR: A lot of folks do that and sometimes get a blessing because of the sincerity of their faith.  I must add a caution though.  If you order a milkshake at a diner and they mix dog poop into it, you probably wouldn’t drink it.  If you go into a town with pollution, you may survive and have a good visit, but you risk being poisoned.

KA: How do you tell the difference between the fake and the true?

RR: The fakes make you dependant.  “Give us $3000 to learn the gifts of the Spirit.  Sow a seed to us to get blessed,” they say.  They aggrandize their personality cult and finances.  They increase their stature with titles like Doctor, Bishop, Apostle, Prophet.  This increases their authority to manipulate.  Watch out for those who put themselves above you.  The real ones point to Christ in you.  You can pray just like anyone else.  The gifts of the Spirit belong to the Holy Spirit.  You have this inside you by faith and can be a conduit.

KA: Why this story at this time?

RR: My wife and I met at Jerry Falwell’s fundamentalist college.  Something inside me as a young man knew the sermons didn’t gel with the teachings of Jesus.  Franky Schaeffer spoke in our chapel and he’s been an encouragement ever since to challenge what I was taught.  Over the years I realized the damage fundamentalism did to my own spiritual and mental health.  I’ve spend time recovering, studying scripture, sessions with a therapist, twelve step recovery.  All this is part of my support system.  With the attacks recently in Orlando from a hateful form of fundamentalism, and the lessons I’ve learned, now is the time.

KA: You mention Orlando. Is it true you were filming for Canaan Land at the gay pride parade?

RR: Yes.  One of the subplots in Canaan Land is a gay character wounded by the fundamentalism I’m preaching condemning him to Hell.  Part of my character’s redemption is repenting, telling him I’m sorry, showing him unconditional love.  My wife and I were protested by Fred Phelps because we ministered to AIDS patients so I know this world.

KA: How did your script come about?

RR:   When I made my first documentary Saving Sister Aimee, which was Academy Award-considered,   I learned the evangelist has been a part of art, including Elmer Gantry.  As an actor, I played the role of Gantry on stage in Hollywood.  I decided to write my own story with the con man preacher archetype.  In Canaan Land, I’m playing the part of a fake preacher.  I enrich myself by telling others to give to me so they can bribe God to get what they want.  I fall in love with a character named Sister Sara, who is a true believer.  She helps me see my con game isn’t a game anymore.

KA: Where does your life connect to this?

RR: This film is my coming out as a former fundamentalist who can no longer subscribe to the beliefs and practices I did before.  My story is my repentance and the character I play repents.  I’m going to publicly challenge the biggest names in religion to repent and give back the money they’ve ripped off from the poor.

KA: How do you make a movie and organize your crew?

RR: My films are about faith, and they’re made on faith.  There has to be faith because making a movie, so many things can go wrong.  We take the leap together, trusting the net will appear.  I’ve been fortunate even though I’ve worked with small budgets, people have donated time and talent because they feel the films have something important to say.

…We’re raising funds right now and I invite everyone reading this to check out our campaign at www.gofundme.com/CanaanLand

June 30, 2016
WATCH THIS VIDEO: On A Mission To Change The Way Women See Their Bodies (and a Backhanded Answer to Trump-Style Misogyny)
Next Post

July 13, 2016 WATCH Theresa May's first speech as Prime Minister-- Hillary Will be the Next Women to Join Her, May Compassionate Women Like This Lead Us All!
Recent Comments
0 | Leave a Comment
Browse Our Archives
Related posts from Why I Still Talk to Jesus -- In Spite of Everything

The Greatest Gift You Can Give Another
I’m sure that at some point you’ve witnessed this scene. You’re out...
view all News and Politics blogs
What Are Your Thoughts?leave a comment
Copyright 2008-2021, Patheos. All rights reserved.
Close Ad