President Trump’s “Reality”: How did we go from arguably the best president of the last 50 years to arguably the worst human being to ever run for high office in American history becoming Mr. President?

President Trump’s “Reality”: How did we go from arguably the best president of the last 50 years to arguably the worst human being to ever run for high office in American history becoming Mr. President? November 11, 2016 Frank Schaeffer 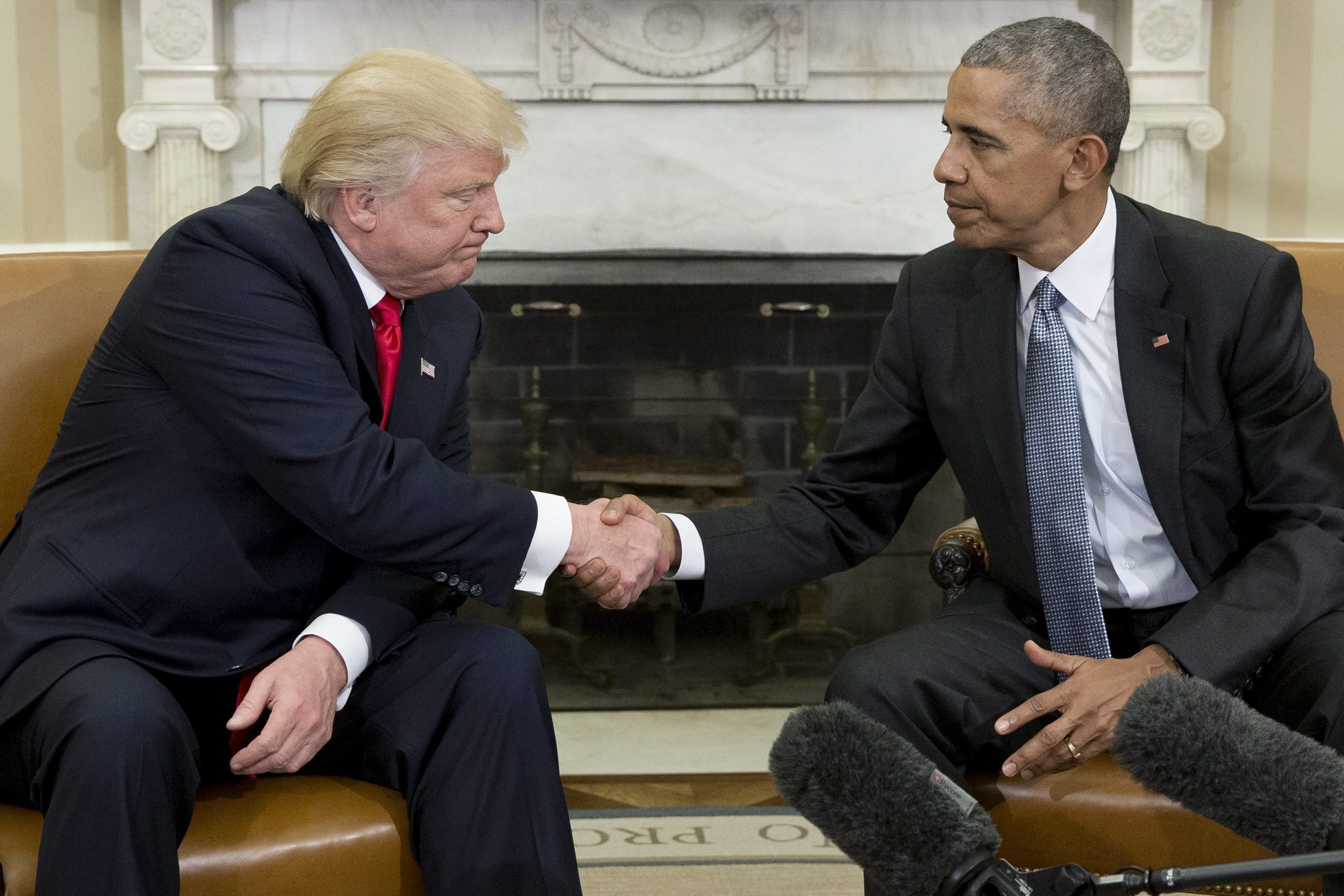 How did we go from arguably the best president of the last 50 years to arguably the worst human being to ever run for high office in American history becoming Mr. President?

Be that as it may, I don’t believe that events are as explicable as some people believe. In my experience reality is too hard to manipulate to make it fit any narrative or simple explanation… That said the way we get information these days is closing not opening doors. I think we have literally entertained ourselves to death… and my “proof” is these fateful words: President Trump.

Neil Postman’s 1985 book “Amusing Ourselves to Death: Public Discourse in the Age of Show Business” took 35 years to be proven true. Trump… President Trump, is the two word answer to Postman’s central question: what has the corrosive effect of television been on our politics and public discourse? Now, with television joined by more sophisticated — and what I’ll call “Total Media”– Postman’s analysis has taken on even greater prophetic significance.

How Trump? One partial answer is that life and reality are not apps. And no I’m not some old fart Luddite. I have 56 thousand followers on Facebook, I post stuff myself, Tweet, answer email and write blogs, was one of the first Huffington Post bloggers… etc… and my iPhone election-related videos on FB (over an 8-month period) had a total of 10 million views, garnered over 20- thousand comments and 10 thousand-plus shares.

As such however with my online “platform”– I’m part of the problem, not the solution. The problem is that I’m enriching Facebook by playing their game and mostly only talking to people who agree with me.

So much for progress. Yes, in the age of books and newspapers we got Hitler, but we also got Churchill and Roosevelt. In the age of Netflix and Facebook we get Trump. In the age of Twitter even our fascism is mindlessly mediocre.

By the end of his final term in 2011, Italians were poorer in real terms than they had been when he regained power ten years earlier. If there is a lesson for Americans to be drawn from the Berlusconi decade, it is that success as a businessman is no guarantee of the ability to manage an economy. Where Mr Berlusconi did succeed was in passing copious volumes of legislation that favored his own interests. By one count, his governments introduced more than 30 so-called ad personam laws that helped his businesses or shielded him from indictment or conviction by the prosecutors and judges who he argued were hounding him.

That said I don’t think the world just ended. We are still free to make a hands-on response to Trump by signing up to help the very people most unwelcome by this new rather seedy King Herod.

So how did this happen? Simple answer– new media plus evangelical voters made it happen. The talk is all of white male voters and class distinctions, but take out the religious right vote and Trump lost the election in every state. Take out Facebook, Twitter and sites like Breitbart.com and Trump lost. Alternative media provided a home for the alternative reality of invented “facts.” Call this the Putin Method of reality manipulation.

The waning numbers of white Christians in America do not have time on their side. But as the sun is setting on the white’s-only cultural world of white Christian America, they’ve managed to rage against the sun setting over their hegemony. In the name of Jesus they’ve elected a true if somewhat shabby, anti-Christ.

As noted in the New York Times: “No other group believes things have changed for the worse since the 1950s more than white evangelical Protestants (74 percent), who turned out strongly and gave Mr. Trump 81 percent of their votes, according to the early exit polls.” As Robert P. Jones, the chief executive of the Public Religion Research Institute, (author of “The End of White Christian America”) writes:

One clue to the power of this racial and religious identity can be seen in the striking similarity of a map of white Christian population density by state to the red and blue election night map. While the similarity of those maps in Kentucky and West Virginia might not be a surprise, the same similarity in Wisconsin, Michigan and Pennsylvania goes a long way to explaining why Hillary Clinton’s Midwestern firewall did not hold on election night.

Trump will crash America as Putin has crashed Russia’s economy. He won’t do it as a fascist cast in Putin’s mold. Trump’s crashing of America is not going to be well-managed fascistic ideology. Our future is now tied to something just as deadly: Trump’s ignorance and incompetence. Our fate is the fate of his casinos, marriages, university, unpaid hotel workers and mail order steak fiasco, not of the German Jews.

The real winners here are the corporations owning so-called new media. To that extent Peter Thiel the German-American venture capitalist, and hedge fund manager had it right. He’s a Trump booster and also a Facebook board member. Thiel is the real face of Silicon Valley. Facebook and Twitter have not brought us together. They have instead brought us extremists as mainstream.

The pro-Trump alt-right alt-media understood that the Internet was now their toy. Its success could be measured by the extent to which it contributed to the assembled millions carrying out their political watching, sharing, commenting and arguing and trolling among the like-minded “family” embracing alt-reality and white supremacist fantasy.

Like Trump, Facebook, Twitter and such really have no ideology– other than self-promotion. Like Trump the alt-media is about the alt-media, there is no there, there… just a growing income stream married to delusional power.

David Bozell, (someone I knew personally and who once invited me to speak at a pro-military gathering after one of my books on being a Marine’s father was published) president of ForAmerica, a conservative nonprofit group that operates a large Facebook news page, boasted of its social media prowess: “Because of our success, we know there are real voters delivering real-time political activism every day on these platforms. The press and the political class, at their own peril, ignored the signs, which is why so many got President-elect Trump’s victory wrong.”

As noted in the New York Times:

Facebook has remained passive, taking shelter behind claims that it is a tech company rather than a media company. Its chief executive, Mark Zuckerberg, in a Facebook post on Thursday, wrote that “we are all blessed to have the ability to make the world better, and we have the responsibility to do it.” Twitter’s chief, Jack Dorsey, was similarly noncommittal in a series of tweets: “We are one country, and we have one goal: Provide for the common good.”

Tech has invented an industry. The rest of us merely participate. Only tech profits. The tech markets are not neutral. It is in their creators’ interest to suggest they are. In the name of “the ability to make the world better,” and “one goal: Provide for the common good,” Tech has brought us Trump… and for that matter the ability for ISIS to recruit worldwide.

Until we understand that we’ve changed our brains by trading entertainment and 24/7 connectedness for fact-based reality, for work and thought, for complexity and truth… we’ll be casting around forever for the “reasons” to “explain” Trump.

The question now is this: how do we get America to unplug from the tech fact-free zone… when every other way to communicate is fading away? How do we fight for artistic, moral, family, political and aesthetic literacy using tech-illiteracy as the only remaining means? If I had the answer I’d not have been one of many who was so wrong about who would win the election. …

What do we do now? How do we talk to anyone besides people who agree with us when tech algorithms are designed specifically to heard the like-minded together into yet another feeding frenzy of self-congratulation in a fact-free feel-good zone of mutual reinforcement?

The real question isn’t :”What do we do about Trump?” but How can we build a civilization out of a world where brainless corporate “disruption” is worshiped as the only truth…. as long as it makes money?

November 13, 2016 Do Not Miss SNL's Heart-wrenching Opening as Kate McKinnon returns as a Defeated Hillary Clinton With a Leonard Cohen Tribute to His “Hallelujah” on Saturday Night Live
Recent Comments
0 | Leave a Comment
Browse Our Archives
get the latest from
News and Politics
Sign up for our newsletter
POPULAR AT PATHEOS News and Politics
1

Singing in the Face of Days
— dhikr in Islam, japam in Sanskrit, witness in English: the repetition...
view all News and Politics blogs
What Are Your Thoughts?leave a comment
Copyright 2008-2020, Patheos. All rights reserved.